Russia said on Monday it would halt the activities of its diplomatic mission to NATO after the Western military alliance expelled eight Russians in a row over spying.

Foreign Minister Sergei Lavrov said that in return, staff at NATO’s military mission in Moscow would be stripped of their accreditation from November 1, and that the alliance’s information office in the Russian capital would be shuttered.

In response, NATO said it had taken note of Russian foreign minister Sergei Lavrov’s comments but had received no official communication on the issues raised.

‘We have taken note of Minister Lavrov’s comments to the media, however we have not received any official communication on the issues he raised,’ a NATO spokesperson said later on Monday. 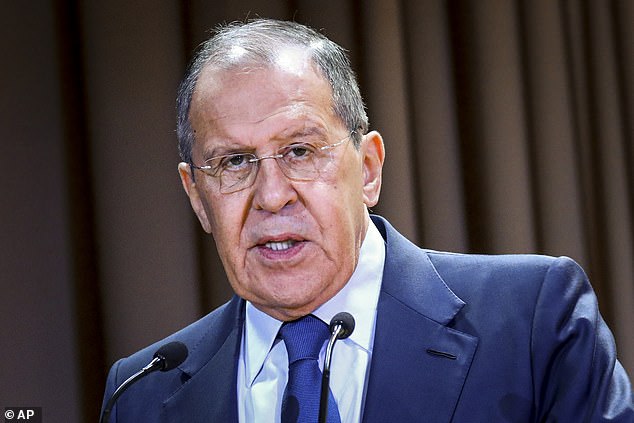 Russia said on Monday it would halt the activities of its diplomatic mission to NATO after the Western military alliance expelled eight Russians in a row over spying. Pictured: Foreign Minister Sergei Lavrov

Lavrov said that Russia would also be ending the alliance’s liaison mission – established in 2002 1 to improve understanding between NATO and Russia and hosted at the Belgian embassy – and information office in Moscow.

The latest row comes after NATO said on October 6 it had expelled eight members of Russia’s mission to the alliance who it said were ‘undeclared Russian intelligence officers’.

NATO Secretary General Jens Stoltenberg said at the time that the decision to kick out the Russian representatives was not ‘linked to any particular event’ – but gave no more details over the move.

Moscow said at the time that the expulsions undermined hopes that relations with the U.S.-led alliance could normalise.

On Monday, Lavrov cited ‘recent moves’ by NATO, saying there were no longer ‘basic conditions for common work.’

‘NATO is not interested in equitable dialogue and joint work,’ Lavrov said on Monday, announcing the closure of the Russian mission. ‘If that’s the case, then we don’t see the need to keep pretending that changes in the foreseeable future are possible.’

‘If NATO members have any urgent matters, they can contact our ambassador in Belgium on these questions,’ he added. 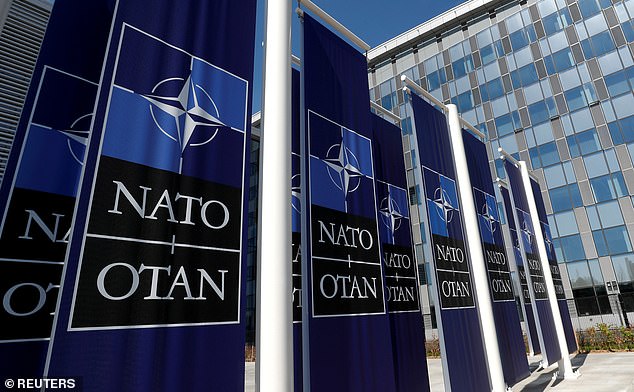 Pictured: The NATO logo is seen on flags outside the alliance’s headquarters in Brussels. In response to Russia’s announcement, NATO said it had taken note of Russian foreign minister Sergei Lavrov’s comments but had received no official communication on the issues raised 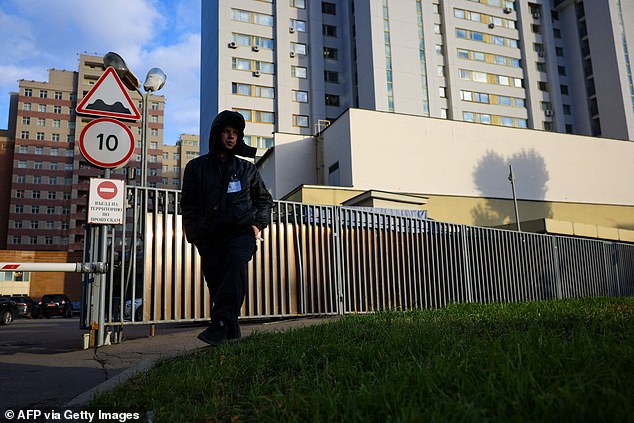 Russia has long had an observer mission to NATO as part of a two-decade-old NATO-Russia Council meant to promote cooperation in common security areas, but it is not a member of the US-led alliance.

The Russian mission has been downsized once before, when seven of its members were ejected after the 2018 poisoning by the Novichok nerve agent on a Russian former double agent, Sergei Skripal, and his daughter in Britain.

The Russian mission isn’t based at NATO’s headquarters, but in a leafy neighborhood in the south of the Belgian capital, Brussels.

The dispute marks the latest deterioration in East-West ties that are already at post-Cold War lows.

Russia accuses NATO of provocative activity close to its borders, and recently staged major exercises of its own.

The alliance says it is determined to reinforce the security of member states close to Russia following Moscow’s annexation of the Crimea peninsula from Ukraine in 2014 and backing for separatists in eastern Ukraine.