A SEDATED rescue dog woke up in its new home only to launch a "demonic" attack on its owners after they were told the pet was good with kids.

Sharon Archibald, 57, and husband Michael bought the dog called Moose off a 'rescue shelter' on Facebook after falling in love with photos of the golden retriever-collie-Labrador cross breed. 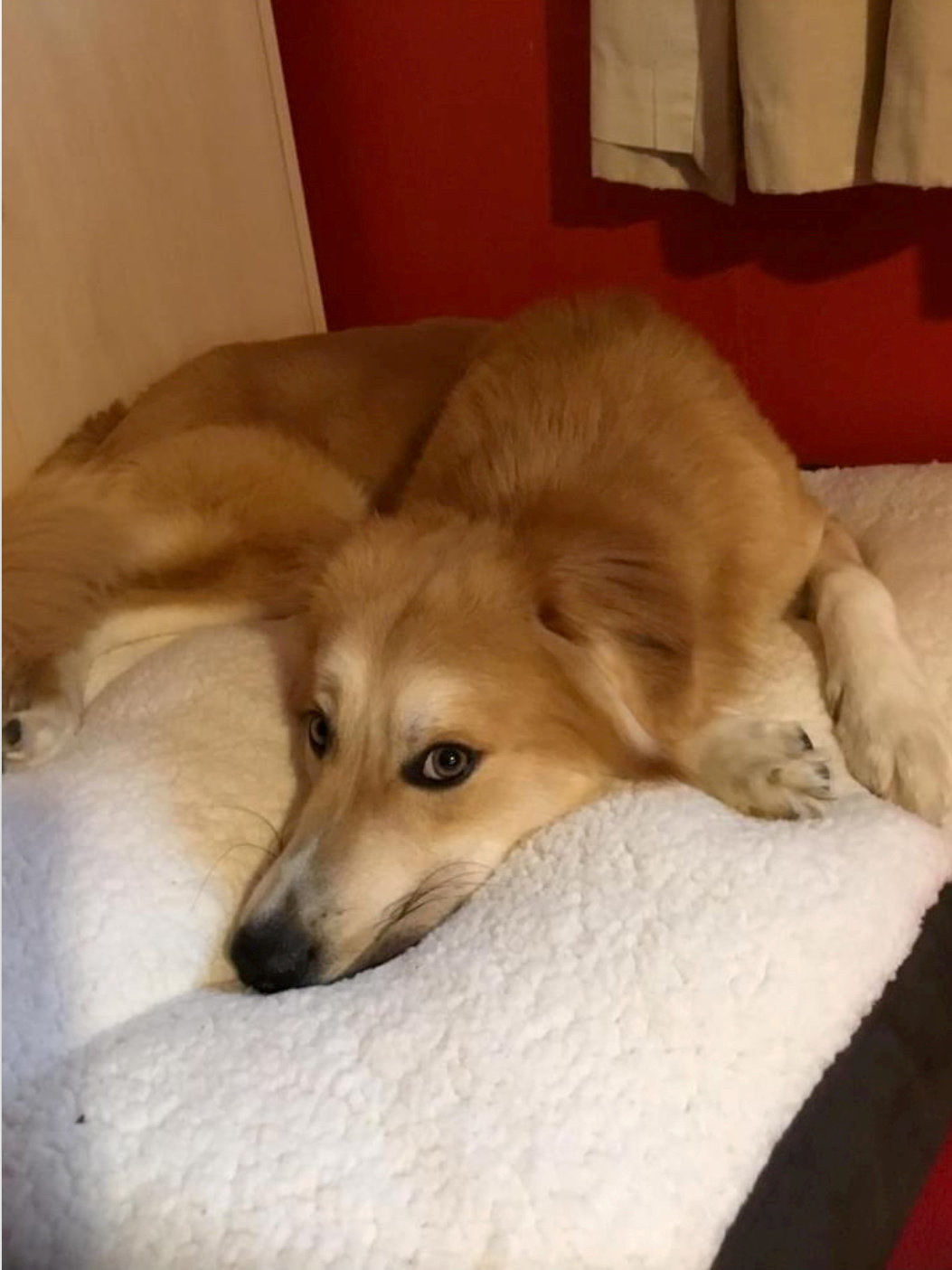 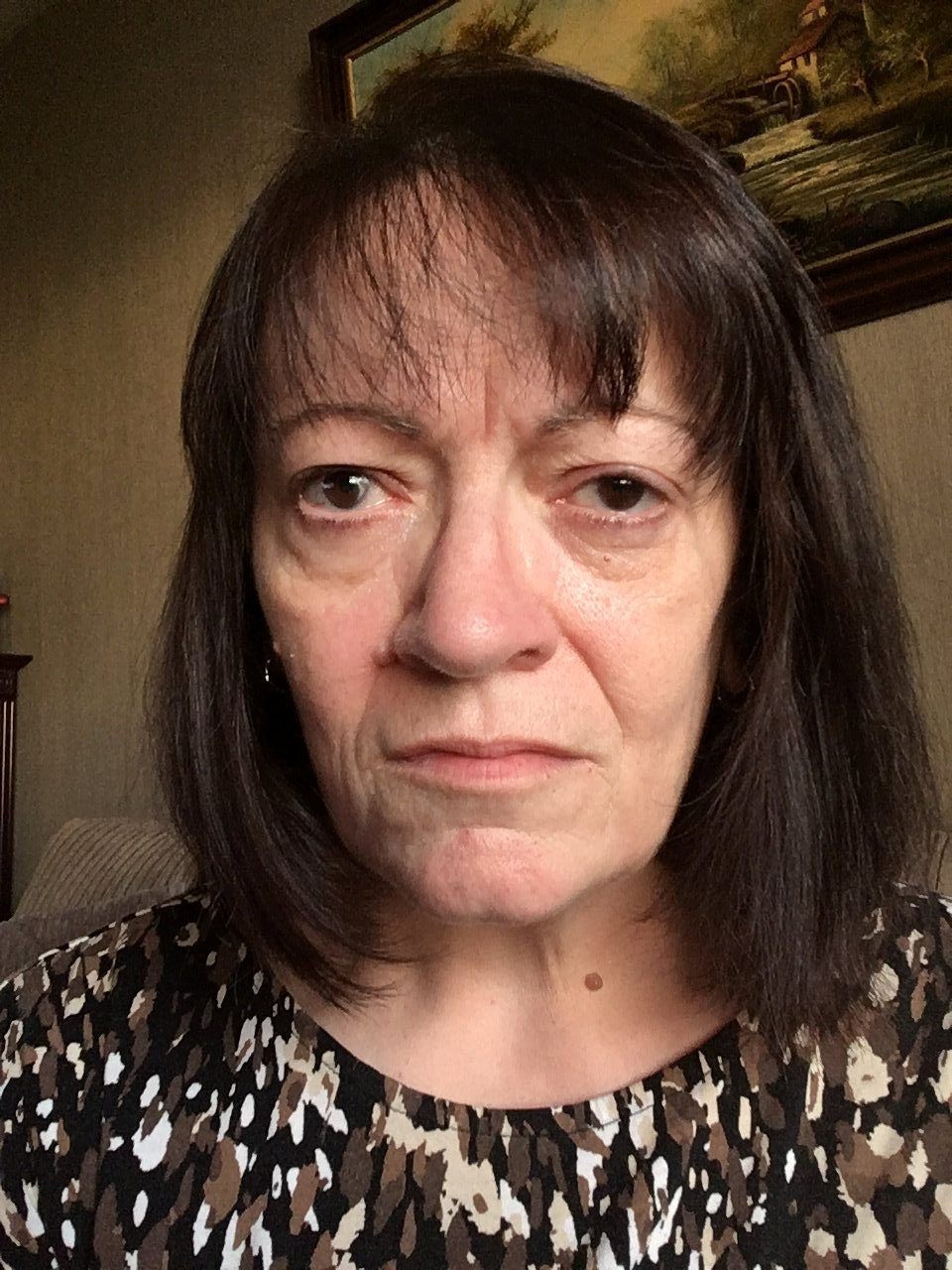 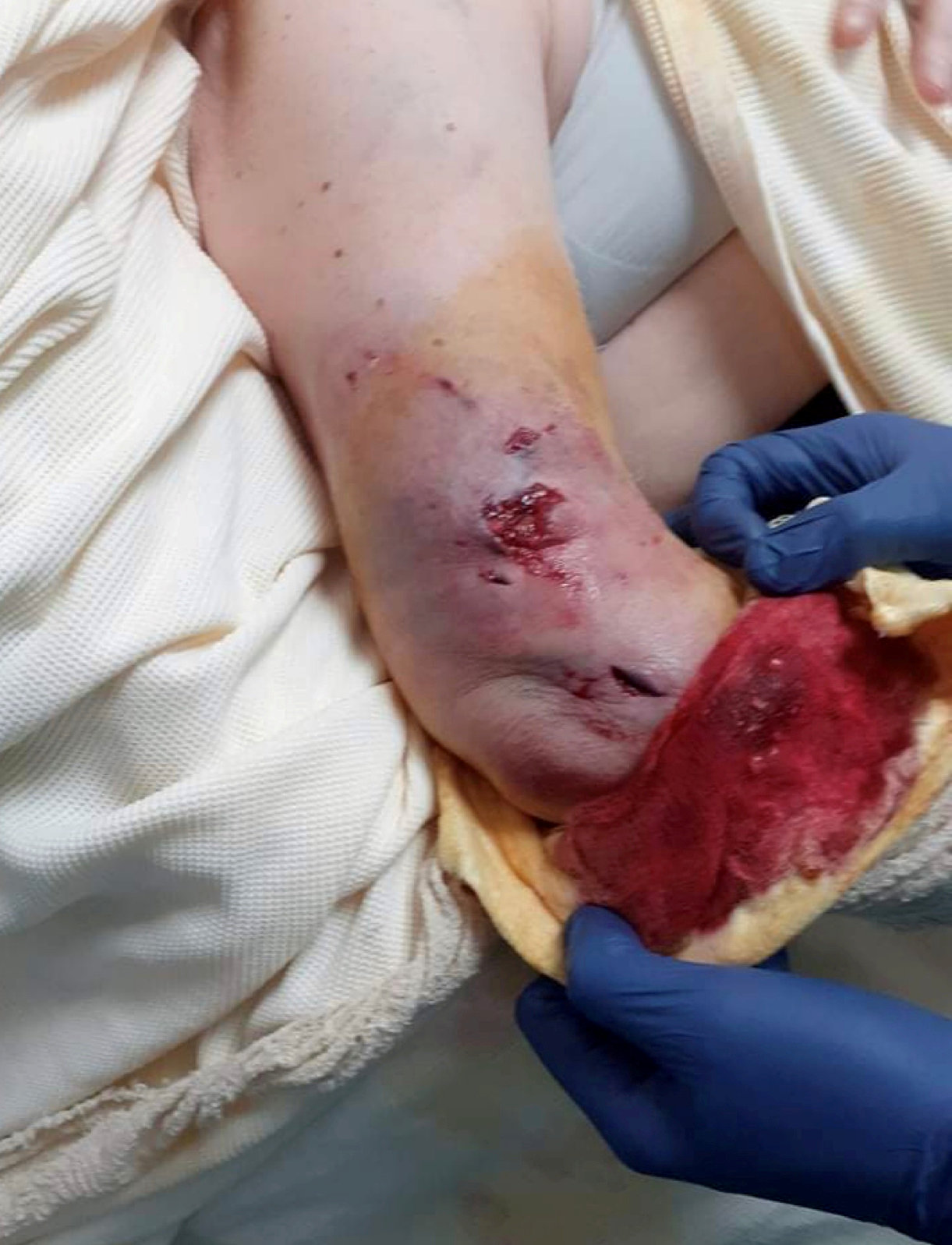 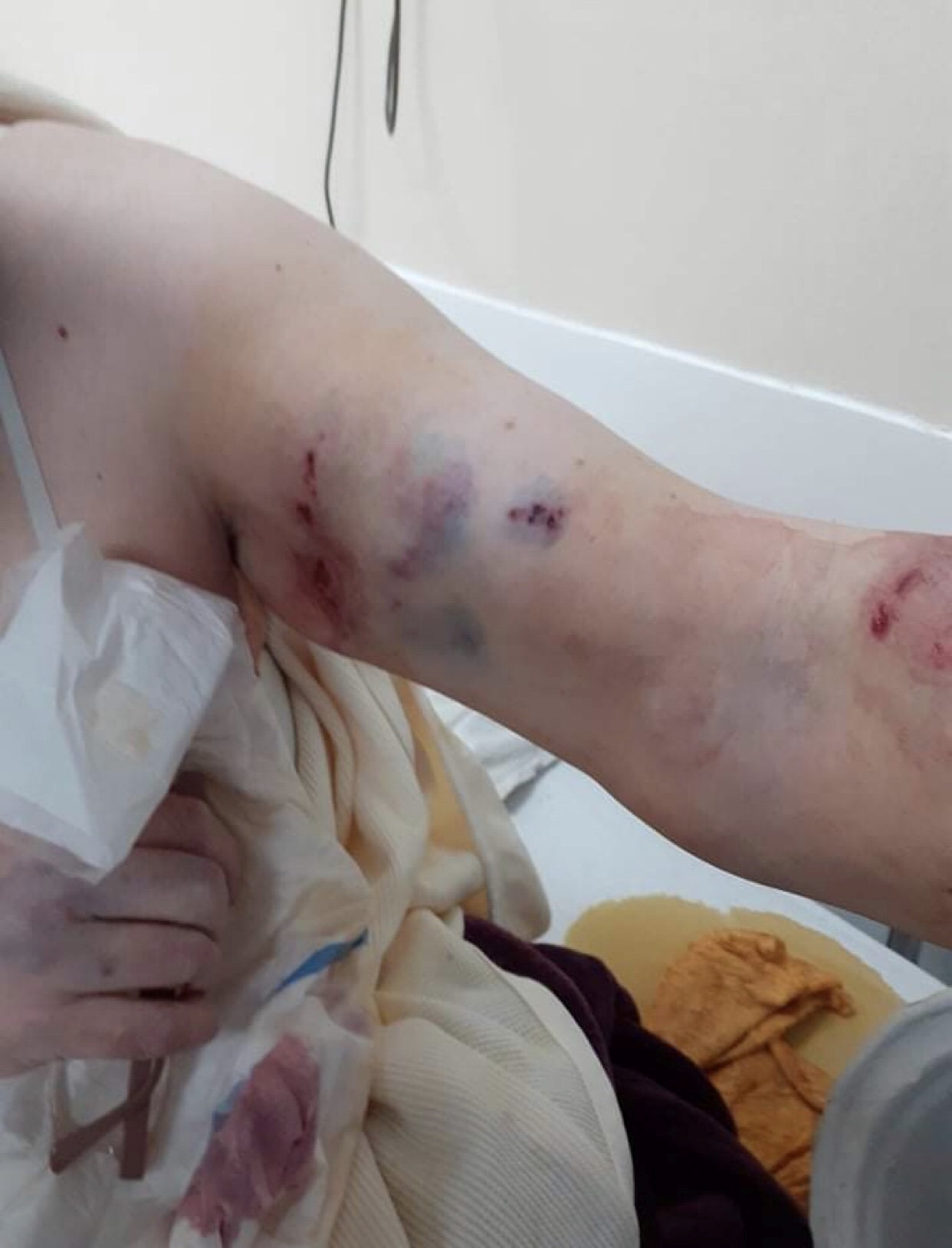 But after just four days with the dog, he unleashed a horrific attack on Sharon leaving her with devastating injuries.

The pair were in the kitchen washing up on November 3 when Moose came into the kitchen and put his paws on the counter top.

When Sharon firmly told him "no!" he snarled, bared his teeth and lunged at her, taking her chest in his mouth and not letting go.

When Michael stood up, the dog attacked Sharon again and bit chunks out of her arm.

She said: "I was shaking with fear, covered in blood; it was dripping, it was everywhere."

After a ten minute struggle, with the dog was still latched onto Sharon's chest, Moose turned on Michael before he secured him in the crate.

Sharon, from Elgin, Scotland, said: "The dog that night was not the dog we rescued – it seemed demonic.

"He was like a weapon intent on causing severe damage. When you see zombie films when people just suddenly change, it was like that, it was horrible."

While David was sent home the same day, Sharon was kept in for the night in case she developed an infection from the deep wounds in her arm.

The mum-of-two recalls the seller seemed eager to get rid of the dog but he was a perfect match to what they were looking for.

After being reassured the hound was a "lovely boy" and good with kids, Sharon and Michael picked Moose up from a car park in Dalwhinnie, Scotland.

But it wasn't long before they grew worried about how subdued he appeared.

"Once home we allowed him to take a look around the house at his own speed, showed him the garden, and when he came in he promptly fell asleep on the sofa.

"He was like this for the next few days, my husband often saying he's sleeping a lot.

"In the back of my mind I asked myself had he been given anything to help him on his travels to relax more?"

After they were attacked, the couple decided to have the dog destroyed and an emergency vet was found who put Moose down.

During this time, and organiser from the rescue reached out and called Sharon's family "despicable" for having the dog killed, she claims.

Sharon said: "The most important thing is I want them investigated.

"I want them closed, this isn't a charity they're just making money for themselves. I'm just so thankful I just didn't have any children." 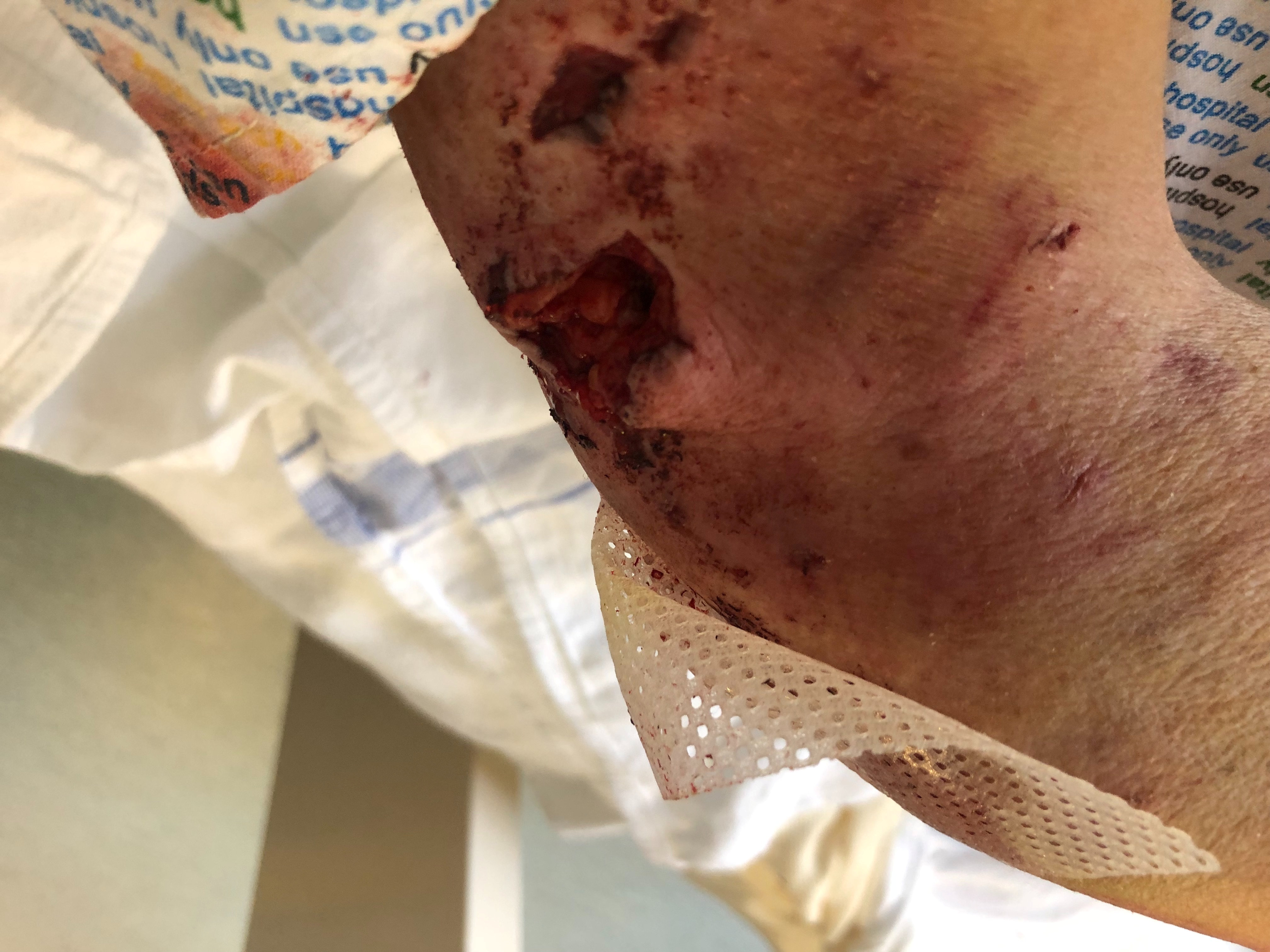 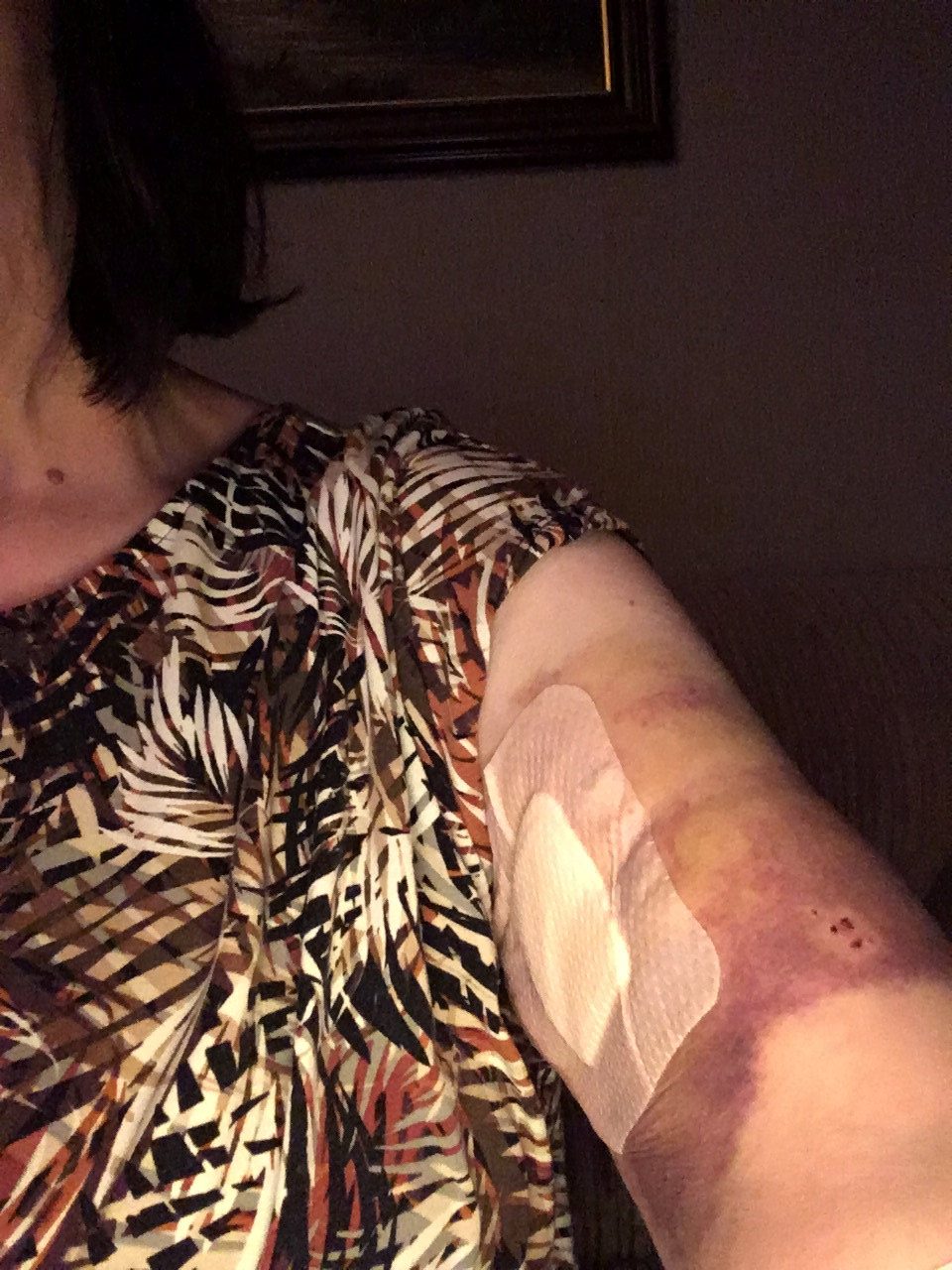 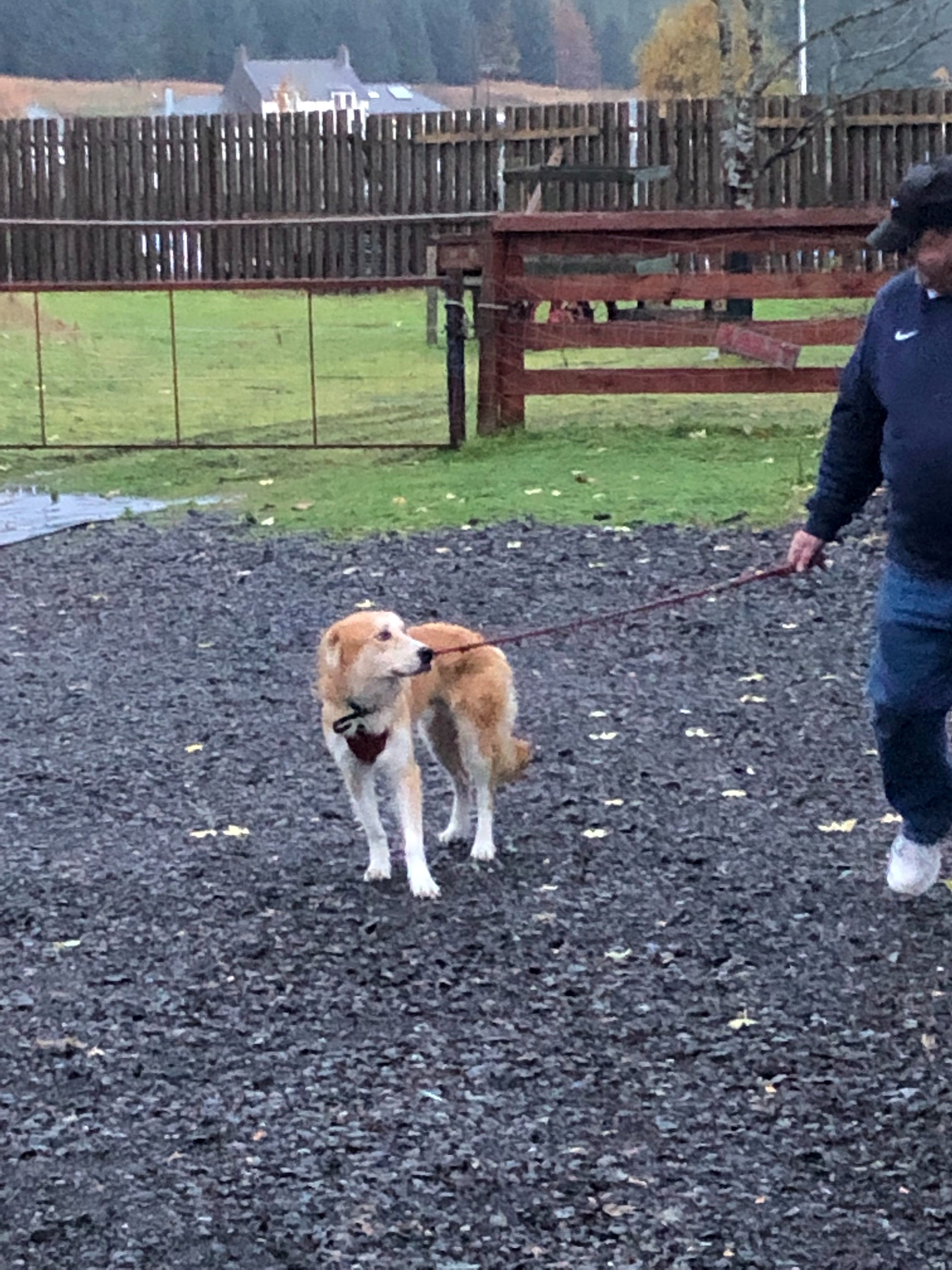