Sajid Javid today declared that the self-isolation period is being cut to five full days in a bid to ease the pressure of staff absences from Omicron.

The Health Secretary confirmed the length of quarantine for positive cases is being reduced from the current seven days.

Instead, people will be free in the sixth day – as long as they test negative on a lateral flow on days five and six.

The move came after NHS leaders, businesses and ministers joined the push for five full days, the timescale used in other countries including the US.

But government scientists had warned it could fuel the outbreak significantly, as people would be more likely to be infectious when they return to workplaces. 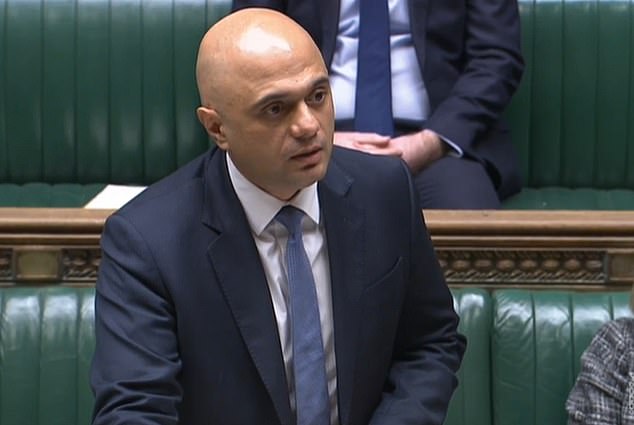 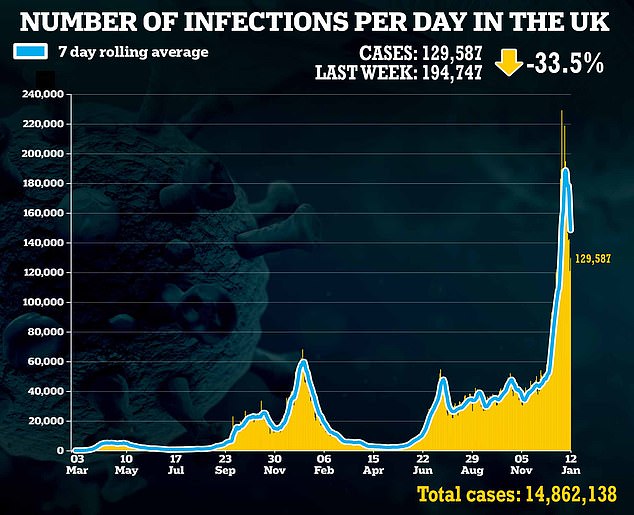 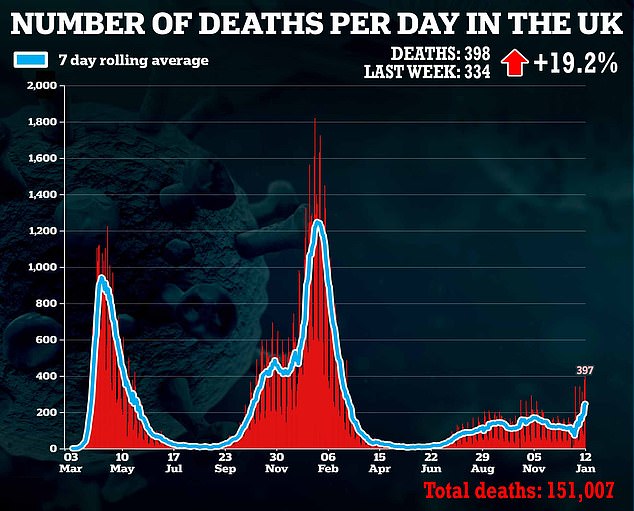 Mr Javid is updating MPs this afternoon after Boris Johnson said a decision would be made on the issue ‘as fast as possible’.

The current UK Health Security Agency guidance is for cases to isolate for at least six full days from the point at which they have symptoms or get a positive test, whichever was first.

They can escape self-isolation after two negative lateral flow test results on days six and seven. .

At Prime Minister’s Questions yesterday, Mr Johnson said:’ We are certainly looking at reducing the isolation period, and we hope to bring you more about that.. as fast as possible. ‘

The decision will be be welcomed by Tories who have called for the change and could help ease pressure on the embattled Prime Minister.

It will also help address staff shortages across the economy and public services by allowing people to return to work earlier. 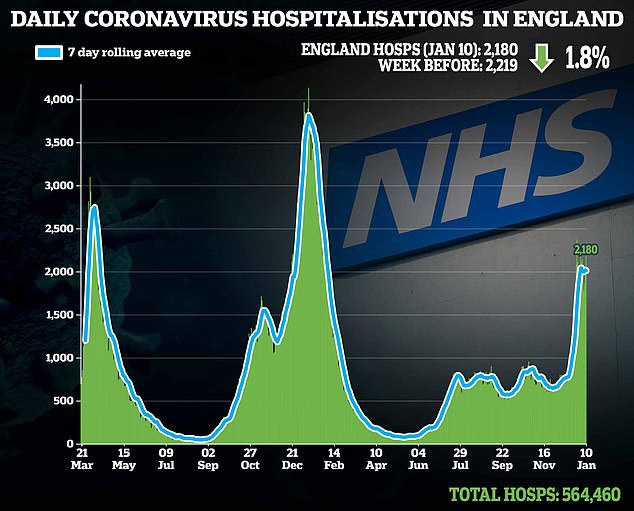 The rise in hospitalisations appears to have stalled but many people are having to isolate with milder symptoms, putting pressure on businesses 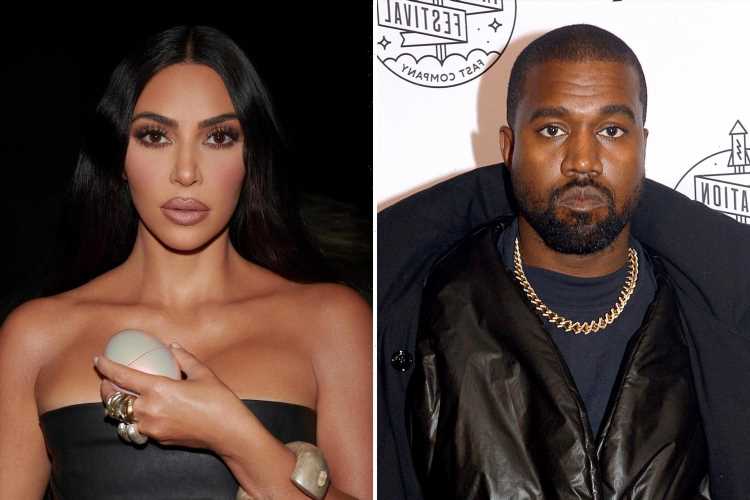