According to police, Hartman was on electronic monitoring for a previous infraction when Tuesday’s arrest occurred.

At approximately 12 p.m., police were notified that Hartman had left the residential facility where she has been staying while on the electronic monitoring program. Investigators immediately began working to locate her via GPS on her ankle bracelet.

Authorities said staff attempted to contact Hartman using a phone built into the device, but Hartman did not answer. The ankle bracelet indicated Hartman was traveling in the direction of O’Hare International Airport. 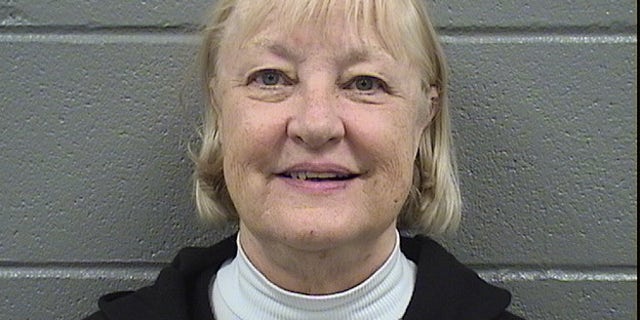 An alarm siren was activated on Hartman’s device, and she was taken into custody by Chicago Police. Hartman did not enter any secure areas.

Hartman is currently in Chicago Police custody. She is expected to be returned to custody at the jail and the Sheriff’s Office will seek approval for the charge of felony escape.

Hartman has been arrested multiple times at O’Hare, Midway and airports across the country for trying to bypass airport security and recently opened up to CBS 2 about her history of illegal joyrides.

Hartman reportedly estimates that she’s taken at least 30 flights over nearly 20 years without paying for a ticket.

A CBS2 review of court records and police reports showed that Hartman was repeatedly caught carrying a boarding pass from another passenger or arriving in another country without documentation to get through Customs.

“I got by them, this is the thing that is so crazy, by following someone they would be carrying like a blue bag,” she explained. “And the next thing I know, I get into the TSA line and TSA lets me through, and they think I’m with the guy with the blue bag.”

Hartman recalled that she first began boarding the flights illegally in 2002.

“The first time I was able to to get through I flew to Copenhagen,” she said. “The second time I flew into Paris.”

However, Hartman’s first arrest wasn’t until August 2014, when she flew from San Jose, California, to Los Angeles without a ticket. A judge let her off with a warning, but she proceeded to do it again.

She was arrested again seven months later in Jacksonville, Florida, after flying in from Minnesota without a ticket.  The court overseeing that case determined that she was not mentally competent to face prosecution, but Hartman insists that isn’t the case.

“I know they keep emphasizing the mental illness. Law enforcement would like to have that in place. But umm … no, I’m pretty good,” she told CBS2 with a laugh. “I don’t mind if people say: “She’s a nut.” Because when I look at it objectively, that’s how I see it, is craziness. I purposely remained a mystery, because of the crazy factor. It was like something out of a movie.”

Police documents reportedly show Hartman was placed on the TSA tresspass list in January 2015. She was later referred to as a “serial stowaway” in April 2015, considered a “high security risk” in May 2015 and a “habitual stowaway” in July 2015.

The last time Hartman successfully boarded a flight was in January 2018, when she slipped past security at O’Hare and boarded a British Airways flight to London Heathrow. However, she was caught upon arrival in the United Kingdom, where border officials discovered that she didn’t have proper documentation. Hartman was sent back to Chicago, where she was charged with felony theft and misdemeanor trespass.

Hartman was released from custody and ordered to wear an ankle monitor and undergo psychiatric evaluation. She later pleaded guilty to the trespassing charge and was sentenced to 18 months probation.

In October 2019, she was spotted and arrested at O’Hare airport trying to bypass security without a boarding pass. She was later charged with burglary, criminal trespassing and probation violation.

A year and a half after her most recent arrest, Hartman began writing back and forth with CBS2 investigator Brad Edwards. Edwards conducted a series of phone interviews with Hartman for the outlet’s latest report.

Hartman apologized to law enforcement and the TSA, saying “It was not my intention to make their jobs more difficult.”

She noted that her bipolar disorder prompter her to take the flights whenever she fell into a depressive episode.

“When I took the plane ride, I wasn’t happy. I wasn’t ‘Oh, I’m going here or there’— I was actually in a depressed state of mind,” Hartman said. “I’m bipolar. And this is something I’ve rejected for years.”

She also opened up about her troubled childhood, telling Edwards there was “so much violence and mental illness in the household.”

Hartman added that she waited to give an interview “until I was confident that I wouldn’t take an illegal flight again.”

Hartman appeared at a court hearing in early March to discuss details of a plea agreement in her latest case.

Prosecutors had proposed dropping the burglary charge and sentencing Hartman to 18 months probation with mental health counseling. However, Judge Peggy Chiampas declined that proposal, saying: ‘I will not be giving her a third probation.’

‘I have real tough judge on this case,’ Hartman said. ‘Judge Chiampas is pi**ed at me for the situation in which I found myself.’

According to CBS 2, Hartman’s plea deal is expected to be finalized in early April when all parties return to court.