There were nearly 70 reports of severe weather on Friday across parts of the South and the Appalachians, including three reported tornadoes in southeast Texas.

The storm system will move east during the day and set off numerous strong to severe thunderstorms along the Gulf and in the Southeast. 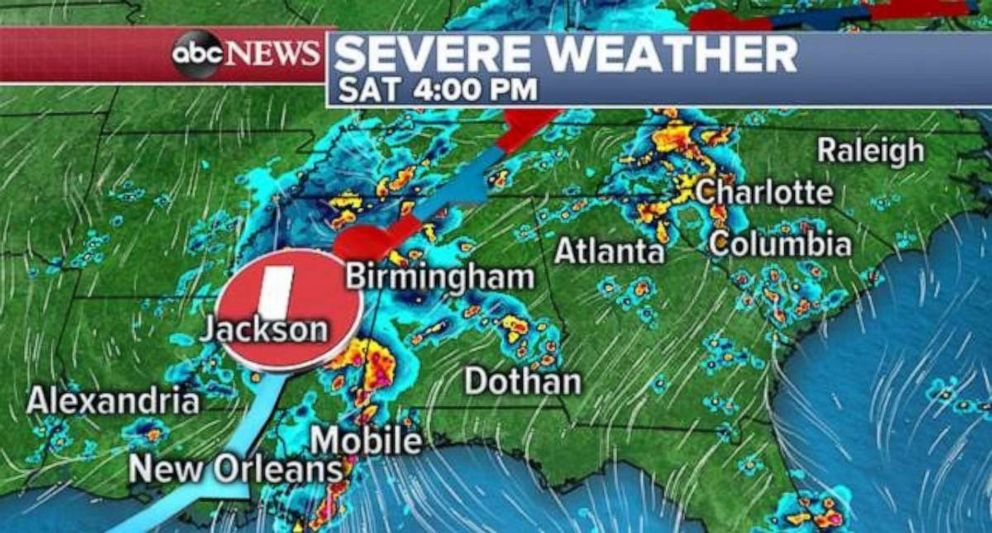 As this system moves up the East Coast, it will spread heavy rain into the Mid-Atlantic and parts of New England. While the severe threat appears to be minimal, some pockets of strong storms, with gusty winds and heavy rain, are possible. The future forecast model is showing heavy rain in parts of West Virginia, Maryland and Pennsylvania by Sunday morning. The rain will move into the Interstate 95 corridor Sunday afternoon.

By Sunday evening, the storm will become a little more organized before exiting out to sea late Sunday into Monday. 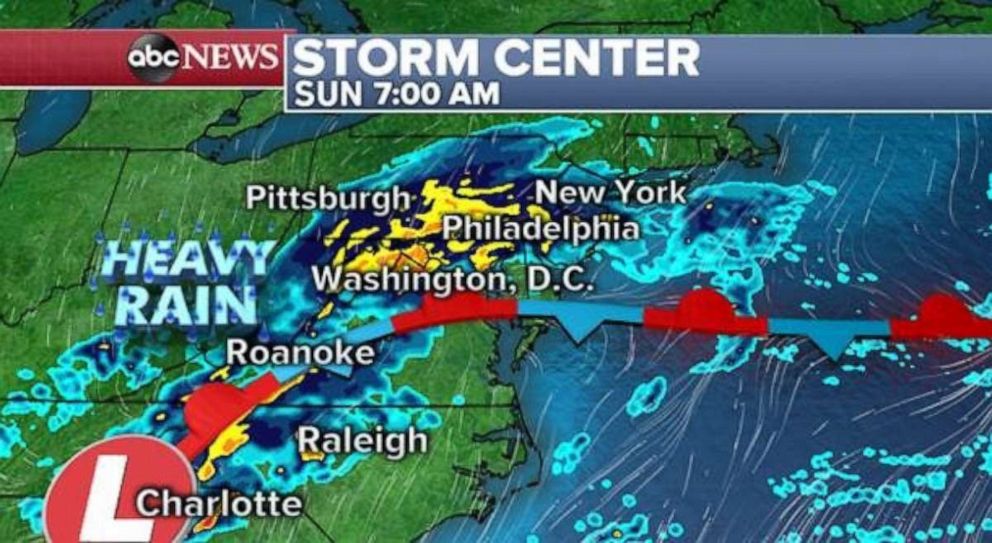 This storm system, and related activity along the stationary front, will bring numerous chances for heavy downpours from Louisiana to New York through the weekend. Over 2 inches of rain is possible in spots, making flash flooding a concern. There is a particular concern for flash flooding in parts of the Mid-Atlantic, near the Appalachians, due to the combination of heavy rain and hillier terrain. 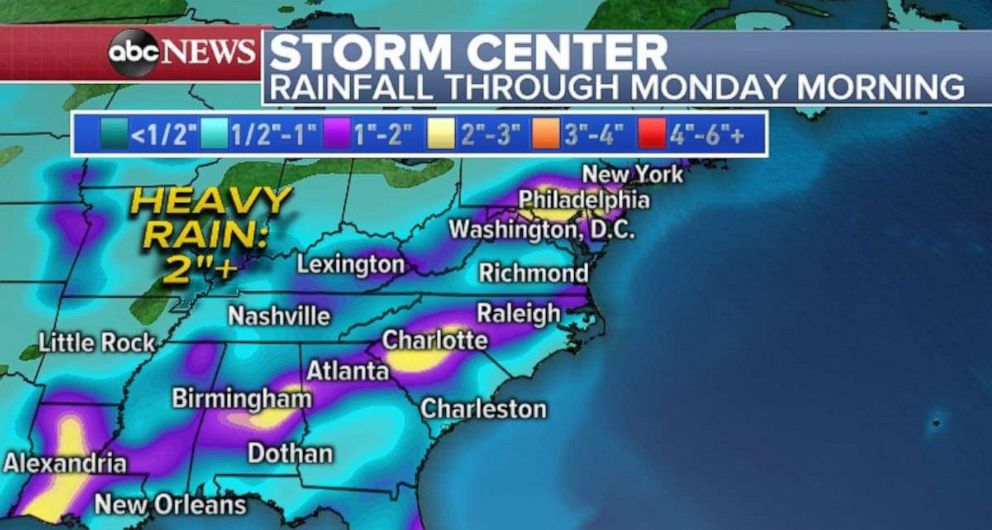 Unfortunately, a new system will take shape early next week and move into the central U.S. bringing widespread severe weather to a large chunk of the country from Tuesday to Thursday.