Shannon Sharpe, a Fox Sports personality and Pro Football Hall of Famer, has apologized for his role in an altercation that took place on Friday night when the Memphis Grizzlies faced the Los Angeles Lakers.

Sharpe, who heckled Dillon Brooks and had words with Ja Morant while at the game, used several minutes on "Undisputed" Monday morning to apologize for everything he did. He also apologized individually to Brooks, Morant, the fans, both teams, his stylist and even LeBron James.

"I take full accountability for what transpired. I was wrong."@ShannonSharpe apologizes & addresses his altercation at the Lakers-Grizzlies game: pic.twitter.com/RNFBydr5A6

"I've preached for six and a half years responsibility and accountability and I take full responsibility for what transpired," Sharpe said. "It does not matter what Dillon Brooks said or how many times he said it, me being the responsible person, me having the platform that I have and having so many people look up to me, I was wrong. I should have lowered the temperature in the arena. Instead, I turned the temperature up and I let it get out of hand."

Sharpe heckles Brooks, gets into fight with Tee Morant

The whole thing went down on Friday night at Crypto.com Arena in Los Angeles. Sharpe, who was sitting courtside, had words with Brooks and Morant just before halftime. Then when the team was in the process of walking into the tunnel to the locker room, they all charged at Sharpe.

And because that wasn't enough, then Tee Morant, Ja's father, came into the fray. He walked up to Sharpe and the two of them quickly had to be separated by security, who were already busy holding back the Grizzlies and their resident giant, Steven Adams, from getting to Sharpe. It was a bizarre scene.

ESPN video of Shannon and the Grizz + Tee Morant pic.twitter.com/wSbKc1jLz1

Sharpe told ESPN later on Friday night that he'd been heckling Brooks, saying that he was too little to guard LeBron James.

“They didn’t want this smoke, Dave,” Sharpe told ESPN. “They do all that talking and jockeying and I ain’t about that jockeying. It started with Dillon Brooks. I said he was too small to guard LeBron. He said, ‘F***’ me. I said, ‘F*** you’ back. He started to come at me and I said, ‘You don’t want these problems.’

“And then Ja came out of nowhere talking. He definitely didn’t want these problems. Then the dad came and he obviously didn’t want no problems. But I wanted anything they had. Don’t let these fools fool you now.”

When you, a 54-year-old Pro Football Hall of Famer, start explaining why you heckled a professional basketball player by saying "they didn't want that smoke," it's probably time for you to take a step back and examine things, no?

That appears to be just what Sharpe did. He took responsibility for what he did, admitted he didn't act the way an adult man (and media member) should act, and apologized for everything very specifically.

As for Sharpe and Tee Morant, the two of them mended fences during the third quarter. 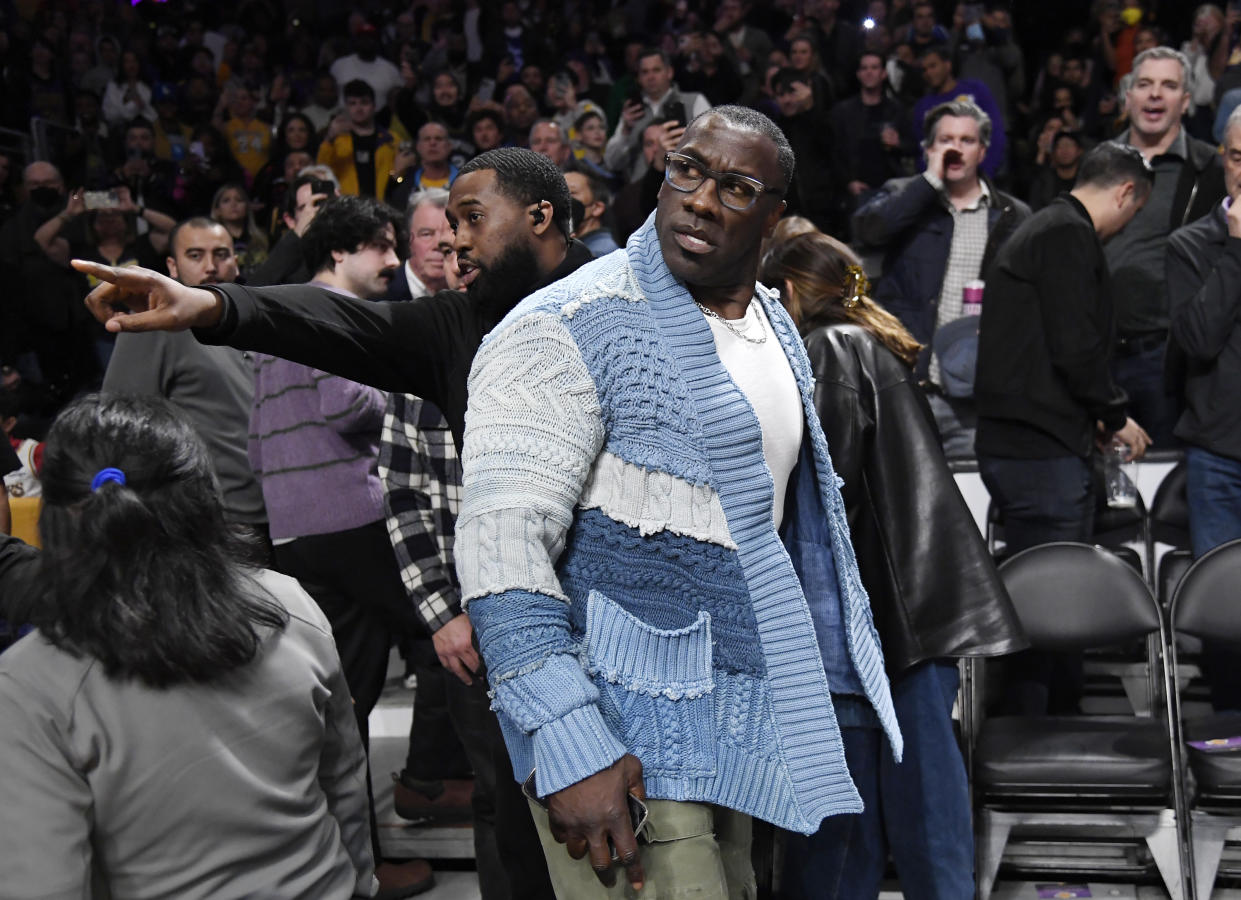