TWO holidaymakers have been filmed putting on a sordid show for other tourists from the first floor balcony of their Majorcan hotel.

A woman can be seen performing an X-rated sex act on a man in broad daylight as onlookers video the scene from below. 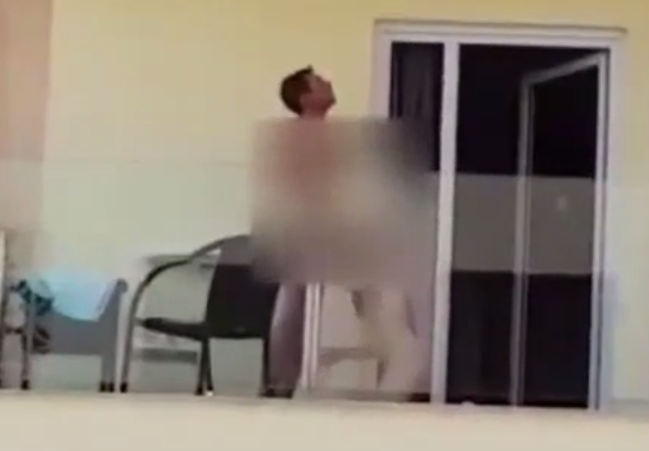 The footage was shot in the western resort of s'Arenal, which is most popular with German partygoers but also attracts some Brits.

The man in the video smokes a cigarette and leans on the wall beside him while hit song Calma by Puerto Rican singer Pedro Capo plays in the background.

He then looks towards the camera as his naked partner realises they are being filmed and runs back inside.

The nationalities of the pair have not been revealed.

No-one at the hotel where the incident occurred was available for comment.

The hotel has not been named but is believed to be a four-star establishment overlooking the Bay of Palma.

Local papers have reacted to the footage by launching a renewed attack on the quality of the tourists being attracted by Majorca.

One said: “New images of the wild tourism in Majorca. Sex on the terrace of a hotel.”

Neighbouring Magaluf was branded a lawless party resort in 2014 after footage emerged showing a British tourist performing sex acts on 24 men in a bar for a cheap drink.

In June, a British couple were filmed having sex on a concrete bench outside a Magaluf nightclub at 7am as an elderly local walked past.

In 2017, authorities launched a crackdown on people having sex in public, issuing tens of fines over the course of the summer.

Last year, Majorcan police arrested a Scottish couple who reportedly left their children, aged four and 11, alone so they could go out partying. 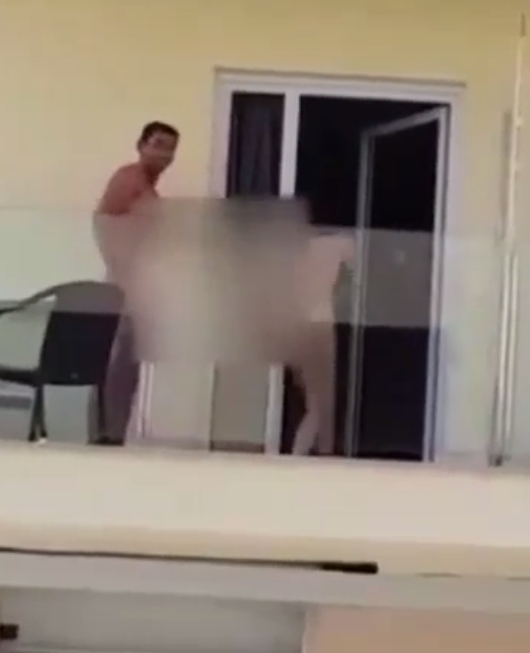