VIDEO shows the shocking moment a middle-aged man appears to grab a teenage girl by the hair before throwing her into a bush.

The child, 14, was reportedly making a den with pals to shelter from rain in the village of Anlaby near Hull last night. 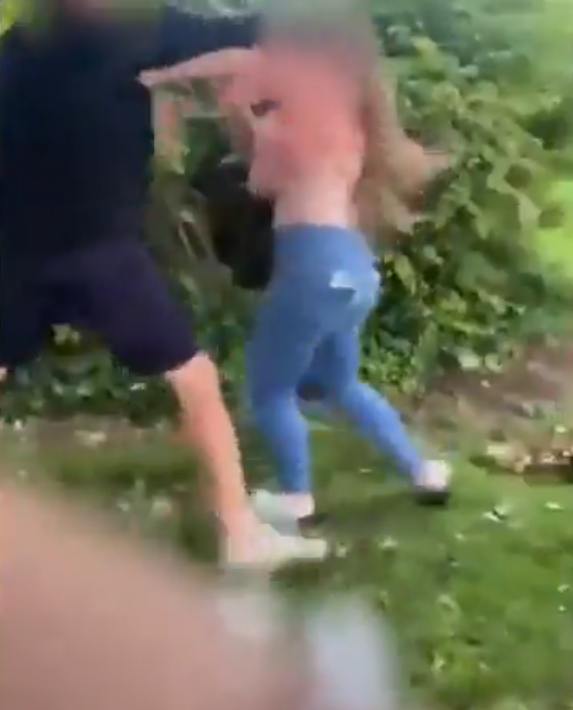 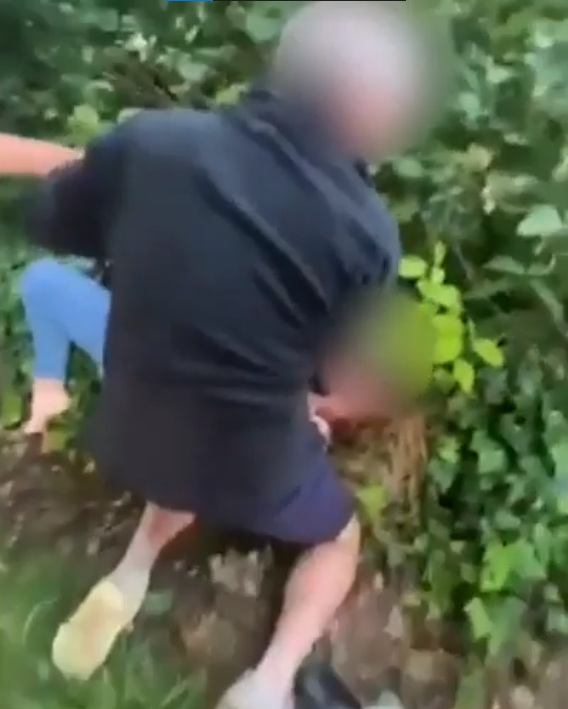 But as they did so an unnamed man, who was with a woman, challenged the girls, reports HullLive.

The video footage then seems to show one of the girls being pulled by the hair and hurled into nearby shrubbery.

Her grandfather Glyn Johnson, 50, claimed: "It started raining so Lexi and her mates started making a den

"This woman started having a go at them, and then this bloke came across and had a go and tried moving them on.

"Some people just assume kids that age are trouble and up to no good. But they were just being kids." 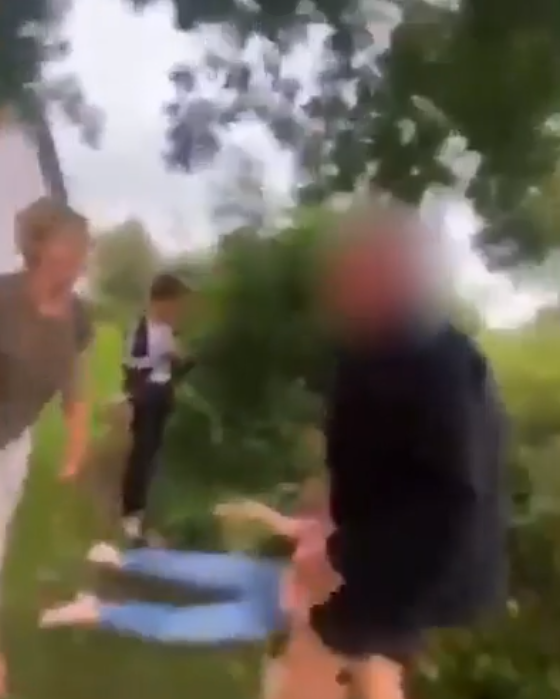 Mr Johnson, said an argument broke out between the couple and the girls, which quickly turned nasty.

In the clip, the white-haired man, dressed in shorts and fleece, can be seen grabbing the teen by her hair and flinging her into a nearby bush.

Hethen appears to pins her down for several seconds. 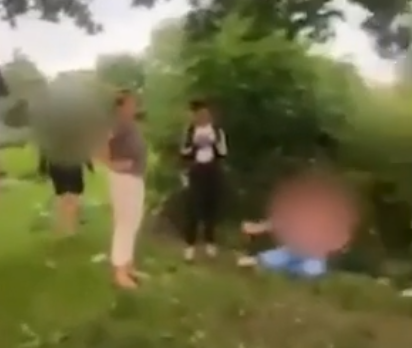