THIS is the moment a neighbour dispute explodes as a dressing gown-clad man is stabbed "11 times" in an alleged row over a bank card.

Police said a 48-year-old man has been hospitalised and is in a "stable condition" following the incident. 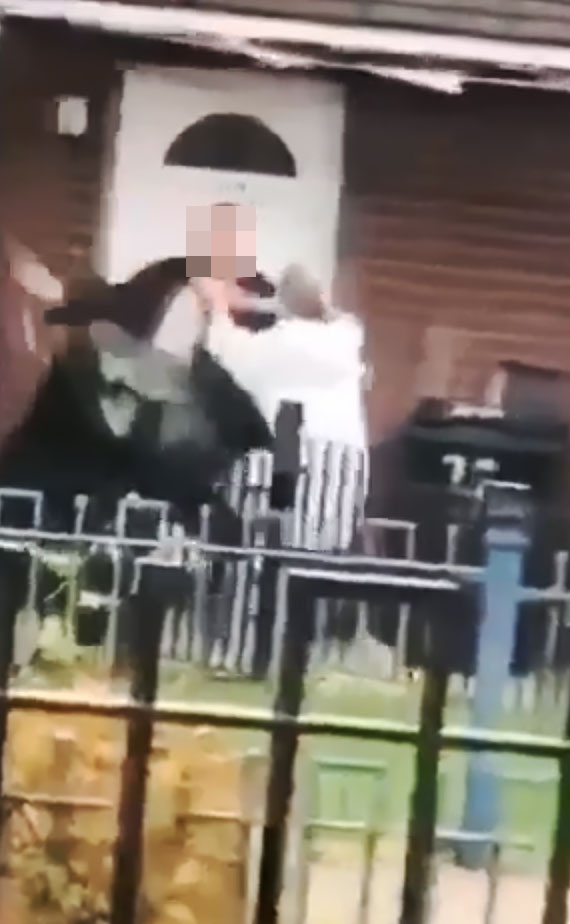 Cops confirmed a 56-year-old woman had been taken into custody following the stabbing yesterday morning.

Locals living nearby said the pair of neighbours – who are thought to know each-other- had argued over a debit card being posted through the wrong letterbox.

Neighbours claimed a woman had earlier argued with the victim about the card and a mobile phone, before returning with her boyfriend later that day when the fight broke out.

In horrifying footage two men and a woman can be seen arguing outside of the home in Bradford, West Yorks.

The men, one dressed in what appears to be a black dressing gown, and the other clad in a white shirt can be seen lunging at each other while the woman in the middle attempts to intervene.

The man in the white top appears to be brandishing a knife.

The woman in the middle jumps forward, appearing to attempt to push the man in black away from the knifeman before she is knocked to the ground.

In further footage, which The Sun has chosen not to show, the knifeman then appears to make contact with the victim, stabbing him more than once.

All three fall to the ground before the footage cuts off.

Neighbours said the victim, aged 48, has lived in the area for around three years.

One resident, who didn’t want to be named told The Sun:”I know the man who has been injured pretty well.

"I have spoken to him from his hospital bed, he has been stabbed 11 times and currently is hooked up to some kind of drain for his liver.“

"He feels lucky to be alive."

'LUCKY TO BE ALIVE'

A spokesperson for West Yorkshire Police said: "A 56-year-old woman remains in custody. The 48-year-old man is in a stable condition following the incident. Enquiries are ongoing."

Detective Chief Inspector Andy Farrell, of Bradford District Police, said: "We know this incident will have caused some concerns locally and have increased our patrols in the area to provide reassurance for residents.

"Our enquiries suggest this was an isolated incident with no threat to the wider community.

"Anyone with information that may assist this investigation is asked to contact Bradford District CID on 101 or via the West Yorkshire Police website, quoting log reference 614 of 27 October.

"Information can also be reported anonymously to the independent charity Crimestoppers on 0800 555111."

West Yorks Police are believed to be currently hunting the knifeman, who is understood to be the boyfriend of the arrested female. 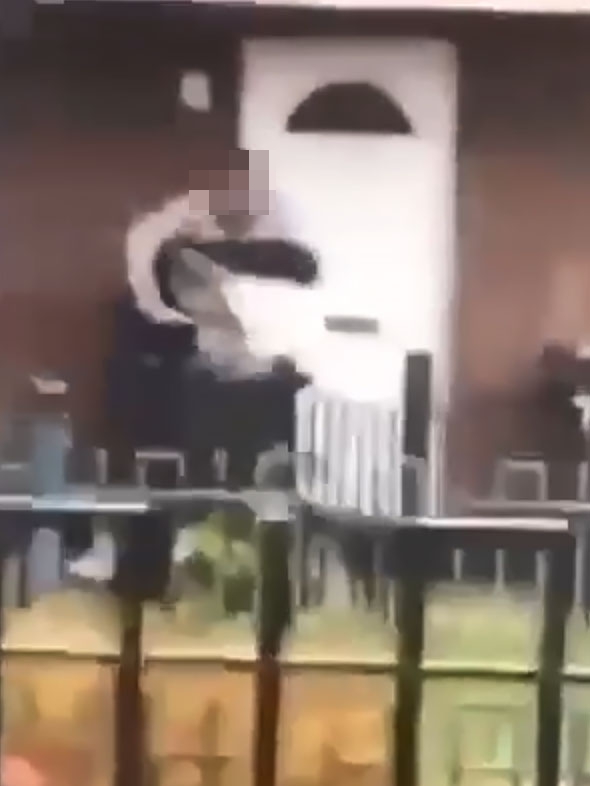