THIS is the horrifying moment teenagers hack with machetes while a victim cowers at a tram station.

Three hooded thugs were seen attacking a teenager on the ground as they swing their weapons and rain blows on their victim in Radcliffe, Greater Manchester. 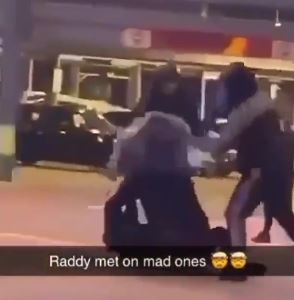 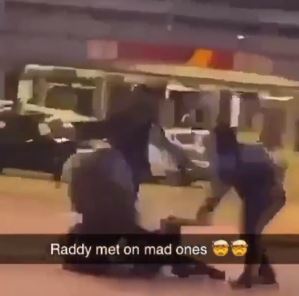 A 15-year-old boy was rushed to hospital suffering a deep cut to his head following the chilling assault.

Cops had been called to reports of two gangs of youths fighting on Sunday night in Radcliffe Metrolink station around 7pm.

Police said the attackers wearing grey hoodies carried out the terrifying assault with a "sharp weapon" during a "targeted incident".

Shocking footage posted on social media shows them chopping, kicking and punching the teen as he lay helpless on the ground.

Police said the victim's injuries are not thought to be life-threatening or altering, and he remains in hospital for treatment.

Three 15-year-old boys were arrested nearby on Belgrave Street a short time later on suspicion of assault and remain in custody for questioning.

Forensic officers were seen at the scene as the area was cordoned off with tram services unable to stop at Radcliffe.

Chief Inspector Jamie Collins from GMP's Bury neighbourhood Team said: "We are aware this incident will have led to some concerns among people living in area.

"We want to reassure them that we're thoroughly investigating the circumstances around what happened, and working to bring those responsible to justice.

"This kind of behaviour is unacceptable and we will not tolerate the carrying of weapons or violence, and I hope our latest arrests hammer home this message.

"It's just fortunate that on this occasion, no-one was more seriously hurt.

"We believe this was a targeted incident, however officers from the Bury district working alongside our transport unit and Metrolink colleagues will be conducting targeted patrols in the area and on the Metrolink lines including Besses and Whitefield interchanges."

Witnesses or anyone with dashcam, CCTV of mobile phone footage were urged to come forward. 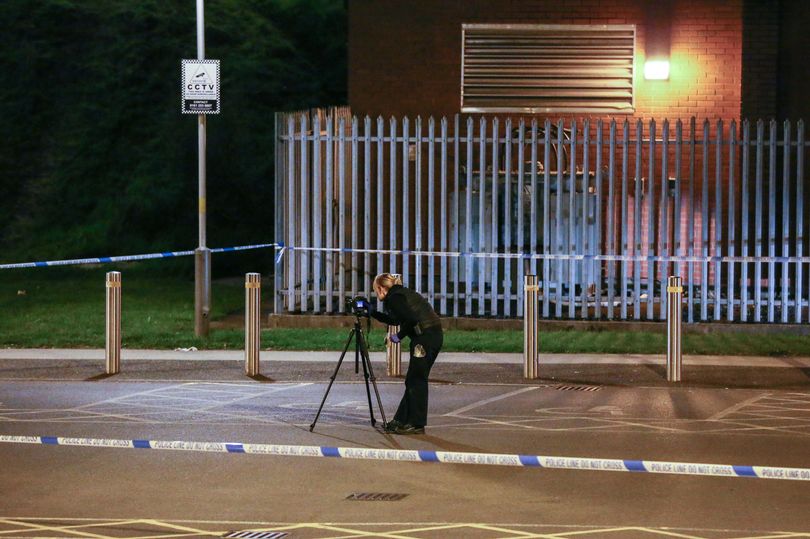