Single mother, 31, avoids jail after being caught on drunken 50-mile motorway drive with her 15-month-old son in the back of her BMW

A single mother who went on a drunken 50-mile motorway drive with her 15-month-old son in the back of her BMW has avoided jail.

Bernadette Halliwell, 31, was stopped on the M6 near Keele services in Staffordshire during the evening rush hour after she was caught weaving around the carriageway. 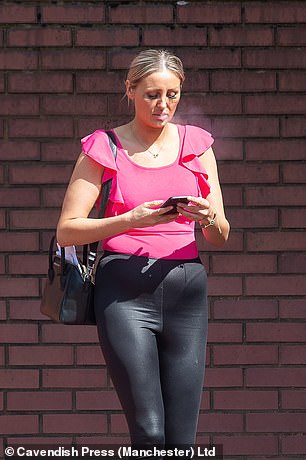 Pictured: Bernadette Halliwell, 31, at court after drink driving with her 15-month-old son in the back of her BMW

Halliwell was on her way to buy her son a slide she had seen on the internet when she got pulled over, the court heard.

The mother of one, a carer from Kearsley, Bolton, was detained on suspicion of drink driving but failed to give a breath test at the roadside due to her not blowing into the machine properly.

She later admitted drinking wine ahead of her journey and claimed she had only been driving erratically because she had got lost and ‘flustered’, momentarily taking her eyes off the road to pick up her son’s baby bottle which had fallen.

After the incident, Halliwell was ordered to face court and given an interim driving ban.

However, she was subsequently caught driving the same BMW 116 vehicle whilst subject to her ban and falsely gave her sister’s name as the driver to try and avoid repercussions.

At Wigan magistrates court Halliwell admitted to failing to provide a specimen of breath, being drunk in charge of a child, driving whilst disqualified and having no insurance.

The single mother escaped jail time and instead was ordered to complete a two year community order and was banned from driving for 18 months. 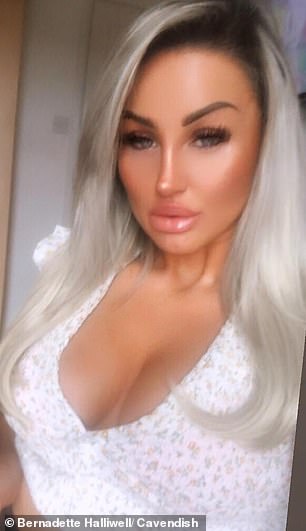 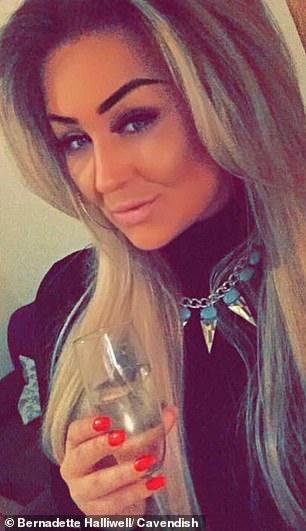 Halliwell was on her way to buy her son a slide she had seen on the internet when she got pulled over, the court heard

Miss Parveen Akhtar, prosecuting, said: ‘It was March 19, at 6:20pm and police were made aware of a BMW driving erratically on the M56. There were a number of phone calls made to the police control room.

Half-an-hour later officers located the BMW southbound on M6 at Keele services and the manner of her driving led the officers to suspect she was driving under the influence of alcohol.

‘They stopped the car and spoke to the driver. They said she smelled of alcohol, was unsteady on her feet, and was clearly under the influence of alcohol.

The police asked Halliwell for a breath sample at the roadside but she didn’t blow sufficiently hard.

‘The officer noticed the 15-month-old son in the back of the vehicle with no one else present.

Halliwell was subsequently given an interim driving ban in April, but was arrested again after being spotted behind the wheel at 9am on May 9, the court heard.

The prosecutor said an officer at Eccles Police Station had ‘received information’ that a BMW was being driven by a female who had been issued with an interim disqualification. 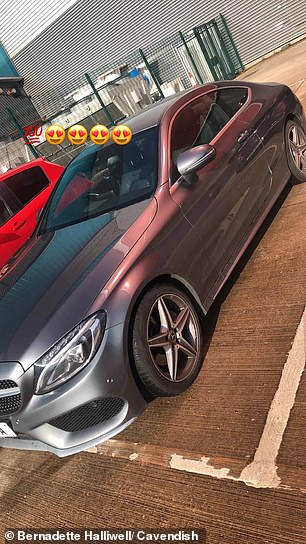 Need for speed: Halliwell had been involved with 3 other incidents for motoring offences. Here she shows her appreciation for a Mercedes on her social media pages

‘The officer sees the vehicle driven across his way,’ Ms Akhtar said, ‘He stopped the vehicle and approached the female driver. He explained the reason why he stopped her.

‘She said she knew she was disqualified from driving and did not want to get into trouble again that is why she gave her sister’s name.’

The court heard that Halliwell had five convictions for ten offences, including from 2009, 2010 and 2017 for motoring offences.

Her lawyer, Karen Moorfield, said of the initial event that Halliwell had been drinking two glasses of wine whilst consuming a large bowl of pasta for an evening meal over a period of an hour and a half.

During the meal she spotted a children’s slide being advertised for sale on the internet.

‘She makes the decision that she will go and get it,’ the solicitor said, ‘It was evening, it was dark. She gets in the car and takes her son with her because there is nobody else to look after him. She is the sole carer. She felt fine and fit to drive.

‘She describes getting lost. It is dark. She is then flustered. And in a flustered state she concedes she may have been weaving.

‘She described how her son drops his bottle. She turned to pick it up, again causing issues with the manner of her driving. 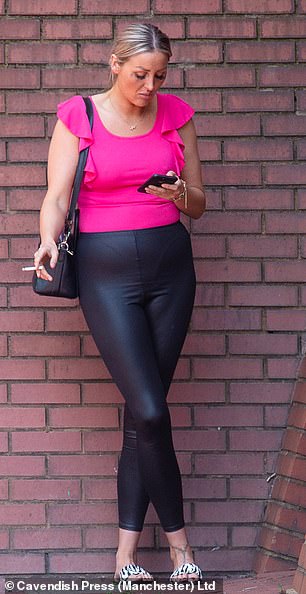 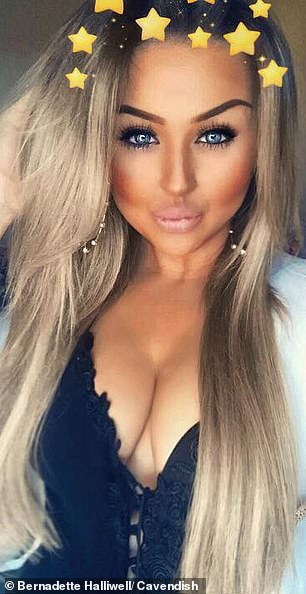 Miss Moorfield added that Halliwell was suffering from depression, anxiety and PTSD, and had been struggling with the loss of her brother.

‘They do not excuse her actions on the 19th March or on 9th of May. She knows that. She just wanted the court to be aware of her personal mitigation, that she’s not been in the best headspace or thinking clearly, and that she has not been getting any help with her anxiety and depression and the distress in her life.

‘She is truly and deeply sorry for the risks that she placed others in by her actions and the detrimental impact her actions could have on others but ultimately on her young son, particularly as she is a sole carer for him.’