A remarkable combination of genetic mutations in ‘exceptional survivors’ of ovarian cancer could explain how these women outlived their deadly diagnosis for more than a decade against all odds.

Researchers led by teams at Peter MacCallum Cancer Centre and the University of Sydney analysed the genomic and immune markers among Australian and US women who had survived ovarian cancer for more than ten years in the hopes of findings clues to discovering effective treatments for other women with the most deadly and common form of the disease: high-grade serous ovarian cancer (HGSC). 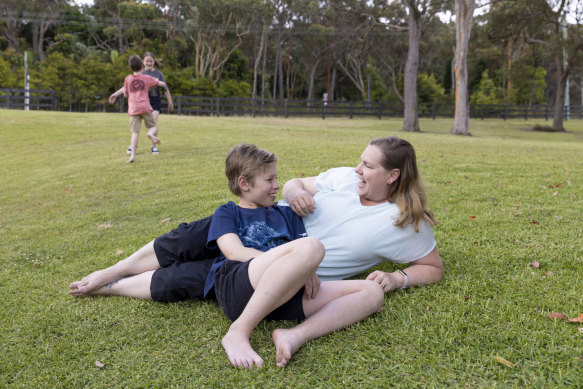 Almost 60 per cent of patients diagnosed with advanced HGSC die within five years of being diagnosed. Just 15 per cent survive more than ten years.

“We’re very interested in these unusual patients – these exceptional ovarian cancer survivors – who very happily managed to survive more than ten years and how they managed to pull off something that we haven’t had an explanation for, until now,” said Professor David Bowtell, senior author of the study published in Nature Genetics and group leader at Peter Mac.

The researchers compared whole genome sequencing of tumour tissue, as well as clinical history and immune markers from these 60 exceptional cancer survivors with 34 short-term survivors who had survived two years, and 32 intermediate survivors who had lived between five and eight years after diagnosis.

Another marker typically linked to very bad outcomes (survival of about three years) and drug resistance is an amplification of a gene called cyclin E1, but the researchers found a small number of patients had that amplification and were still alive more than ten years later.

“Something really remarkable is happening in these patients,” Bowtell said. “These are the worst of the worst in terms of prognosis and we wouldn’t expect them to respond to chemotherapy yet here they are surviving.”

“These patients had a very interesting immunological response to their cancer involving their CD4 T cells [which help coordinated the body’s immune response], which are known to be associated with better survival in cancers but have been in the shadows.

“This is an overlooked area that may be guiding the immune system to have a really profound effect even in patients who you would very much expect to have a poor response,” he said.

More than 15 years ago, Bronwyn Grout was diagnosed with advanced ovarian cancer when she was just 31 years old.

She was trying to get pregnant when she mentioned some pain to her fertility specialist. An ultrasound picked up a six-centimetre mass on her left ovary.

“We did different tests and further imaging and during that process, the mass grew to 11 centimetres,” Grout said.

“Because I was so young [the advice] went from: ‘oh it’s probably a cyst or endometriosis’ to ‘it’s probably benign’ to ‘oh this is really very bad’.

“There was no talk about survival beyond five years,” she said.

By the time the mass was removed, cancer had spread throughout her left ovary to her right ovary, fallopian tubes, her intestines, her appendix and fluid in her stomach.

“I had a remarkable response. I’m incredibly lucky,” Grout said, now 46 years old. “For me to have no recurrences, no evidence of disease this whole time is quite unique.”

“I’ve had so many friends that I have met along the way that have not made it and there has been a lot of survivor’s guilt. It’s hard to get my head around it,” she said.

Grout is mother to three children, 13-year-old Emily, and twin boys Daniel and Thomas, which she conceived via egg donation.

“In hindsight, I’m glad we didn’t do any egg preservation before my treatment because we don’t know why I had ovarian cancer in the first place and I have comfort in knowing that if there is a genetic link that I haven’t passed that to my children,” she said.

The study found survivors were also more likely to have two or more alterations in genes associated with DNA repair, which seemed to make them more responsive to treatments like chemotherapy or less resistant to drugs.

Bowtell said the findings could help explain why some patients respond well to treatment and others don’t, as well as open up avenues for a more direct approach to immunotherapy in these patients, which so far has been unsuccessful.

The research teams are working on validating their findings, with one ongoing study testing their results in over 1000 ovarian cancer patients. 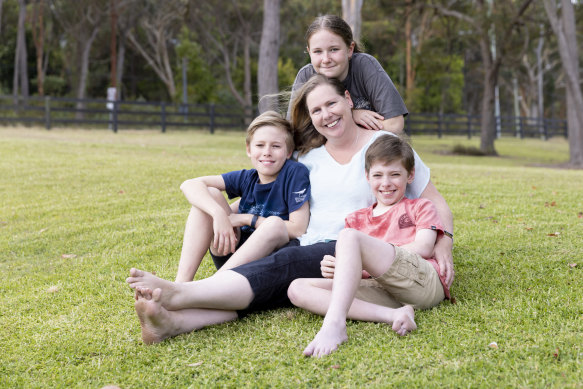 Associate Professor Caroline Ford, who leads the Gynaecological Cancer Research Group at UNSW said the study’s data would be a huge benefit to the entire ovarian cancer research community.

Ford said the multiple alterations in the gene associated with DNA repair mimicked what was seen clinically with the use of PARP inhibitor drugs, which work by “kicking out” two arms of the DNA repair pathway so that the cell falls apart and dies.

“There might be something inherent in the biology of these long-term survivors that almost does the same thing,” Ford said.

Among one subgroup with the BRCA1 mutation, the study found poorer survival was linked to the effects of smoking and alcohol use.

“This association is a really important message for the community … that modifying their drinking and smoking could have an effect on survival,” she said.