Message to Sonia: Zip it.

Supreme Court Justice Sonia Sotomayor has the dubious distinction of being the first member of the nation’s highest court to break a new “two minute” rule regarding justices asking questions.

And then she nearly did it a second time on the same day, according to reports.

The new guidance, which took effect with the start of the court’s new session, requires the court’s nine justices to allow lawyers to lay out their arguments, uninterrupted, for two full minutes before the justices start making inquiries.

The justices held back for the first six arguments of the term. But then Sotomayor apparently couldn’t control herself Wednesday, during an immigration-related case, Bloomberg Law reported.

According to the outlet, attorney Paul Hughes started his argument in a case examining whether states can prosecute immigrants using information obtained on employee verification forms.

“Even if they were applying to a college?” Sotomayor interjected soon into the lawyer’s remarks.

“I’m sorry,” Chief Justice John Roberts said to the associate justice. “You can answer that question after your time has …” 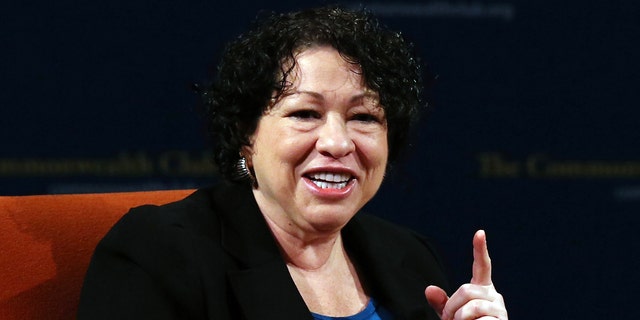 “I’m sorry,” Sotomayor said before Roberts could finish, according to Bloomberg Law.

During a separate case later in the day, Sotomayor began asking a question too early for a second time – but quickly realized her mistake and stopped, without Roberts needing to say a word.

Perhaps Sotomayor can seek out some pointers on silence from Justice Clarence Thomas, who in 2016 startled many court watchers by posing his first questions during an oral argument in 10 years.

This week the Supreme Court also listened to arguments in the case of whether Lee Boyd Malvo, one half of the “D.C. sniper” duo who terrorized the Washington area nearly two decades ago, should be granted a new sentencing hearing.