South Africa will give away 1million doses of AstraZeneca vaccine after a study suggested it isn’t effective against the country’s mutant Covid strain.

Anban Pillay, deputy director-general at the Department of Health, said the doses will be ‘shared’ with other African countries after South Africa abandoned plans to use the jab in its vaccine roll-out.

That is despite the UK insisting that the vaccine does work and will prevent serious infections and deaths caused by Covid. 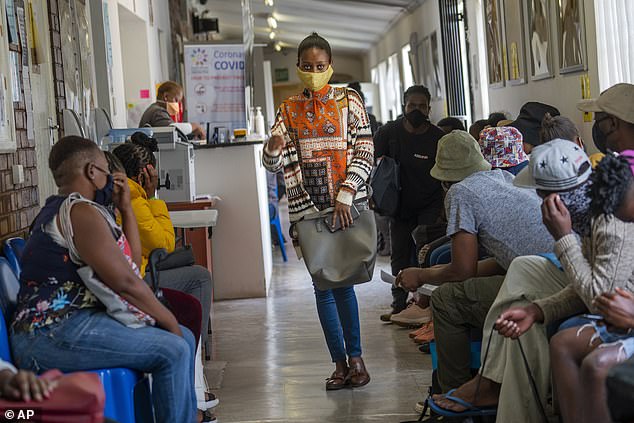 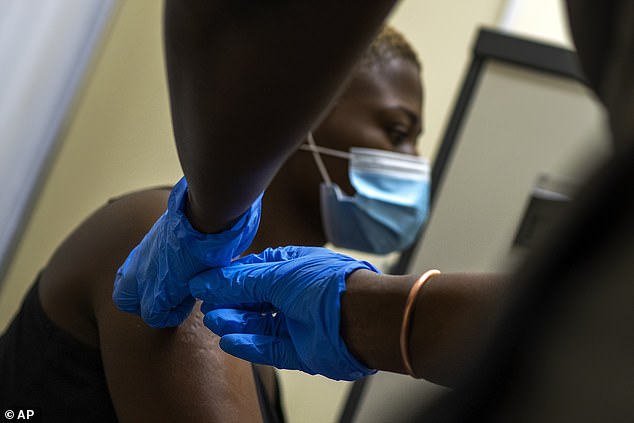 South Africa will instead use Johnson & Johnson’s vaccine in its own roll-out, which is due to start with healthcare workers later this month (file image)

South Africa now plans to use Johnson & Johnson’s one-shot Covid vaccine to power its roll-out, despite it using similar technology to the AstraZeneca jab.

Health workers will be among the first to receive the jabs, with distribution due to start later this month.

Pillay added that South Africa will seek to recover the money it spent on the vaccines, though did not say how.

The African Union has already said that countries with cases of the South African variant – including Botswana, Comoros, Ghana, Kenya, Mozambique and Zambia – will not receive the AstraZeneca jab.

Instead, 100million doses ordered by the continent will be distributed among countries where the variant has not been detected.

The move comes after a study published last week by the University of the Witwatersrand suggested AstraZeneca’s jab is not effective against the mutant virus.

Prof Shabir Madhi, who led the study, said it suggests the vaccine’s effectiveness could be as low as 10 per cent – well below the level needed for approval.

But the research, which has not yet been peer-reviewed, has proved controversial because it only involved a small sample of relatively young participants.

In total, 2,000 people with a median age of 31 took part in the study, and most did not have conditions that would make them more susceptible to Covid.

While some developed mild or moderate coronavirus infections, none developed severe forms of the disease or ended up in hospital.

The study appeared to show that a mutation in the South African variant allowed the virus to dodge neutralising antibodies produced by the AstraZeneca vaccine.

But antibodies only serve as a first line of defence against a virus.

T-cells provide a powerful second line of defence, and AstraZeneca has insisted that its vaccine will still produce this kind of response against the mutant strain.

‘We do believe our vaccine could protect against severe disease,’ a company spokesman said, adding that scientist have already begun work on a booster jab to counter the South African variant that should be ready by autumn.