Running a company right now is like getting the most out of a tube of toothpaste, reckons small businessman Avi Efrat.

The owner of Fantastic Framing, a picture framing business with outlets across the country, is contending with rising costs from increased prices for petrol, electricity and raw materials.

In the good times, before inflation started to soar, he didn’t focus too much on expenses, just on increasing sales. Now, with his power bill up 30 per cent, he’s putting his operation under a microscope to see what can be done more cheaply. 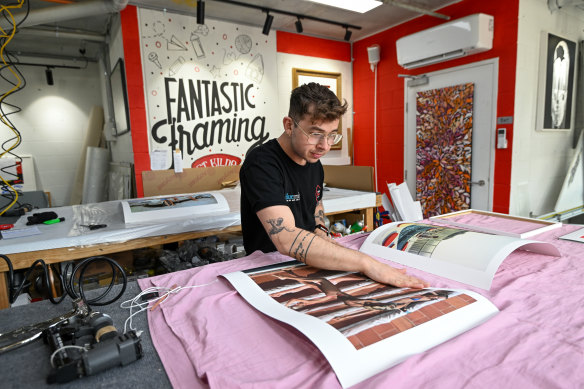 “It’s like when you have new toothpaste, you put a lot on your brush,” he said. “Then when you come to the end you squeeze it all out to try and make it last.”

Also of concern: wages. Business groups and some crossbench MPs are concerned about the federal government’s overhaul of the industrial relations system, prompting accusations of a scare campaign.

Federal Labor’s workplace bill includes a greater role for the Fair Work Commission to determine requests for flexible working hours and multi-employer bargaining across a range of industries.

But employers are worried IR changes will lead to increased costs and industrial action.

“The ripple effect of the proposed changes would simply result in small business owners reducing staff levels, cutting back hours or simply closing their doors as it is no longer viable to run,” Small Business Women Australia founder Amanda Rose said.

But ACTU secretary Sally McManus said claims that small businesses would be covered “on any scale by multi-employer bargaining is simply untrue and frankly ridiculous”.

“There is a scare campaign being waged by big business who do not want to give their workers pay rises to try and stop or delay Labor’s bill,” she said. 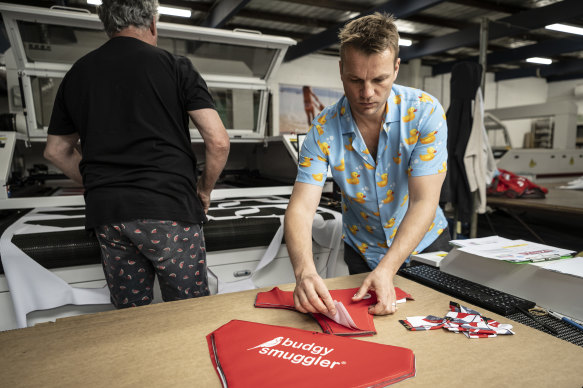 Budgy Smuggler owner Adam Linforth believes his company will navigate upcoming challenges such as the threat of recession thanks to its loyal customer base.Credit:Wolter Peeters

Aside from wages, Efrat’s biggest costs are from the raw materials that go into his frames. The price of everything he needs – the timber, the glass, the tape – had gone up in the past year, he said.

To prevent passing on those increases to his customers, Efrat now sources his timber in bulk from Malaysia and Indonesia. Sales are up 70 per cent over the past year after the pandemic drove customers to his mobile business, but that profit was at risk of being eaten up by inflation.

As a way of saving on power, Efrat said he had also installed timers on the lights in his stores to make sure they are turned off in the middle of the night.

He also looked over his warehouse costs to see if he can cut back on space and save some more dollars. He’s even looking at the app subscriptions on his phone to see what’s necessary.

“People need to start to opening their expenses, their credit card bills, to go over everything,” he said.

There are some things that Efrat can’t control, like petrol. With bowser prices fluctuating wildly, a business that relies on transportation just has to wear it.

“When the vans start to go electric, I will be running to change it,” he said.

The mounting challenges faced by small businesses is taking its toll. Data from American Express’ Working Capital Research shows 17 per cent of small business owners were considering shutting down because of the impact on their mental health and wellbeing.

Small business owners reported losing sleep (31 per cent) and experiencing impacts on their physical and mental wellbeing (21 per cent) and personal relationships (22 per cent).

Small businesses contributed almost $418 billion to GDP in 2018-19 — about 32 per cent of Australia’s economy — and employed 4.7 million people, according to the Australian Small Business and Family Enterprise Ombudsman.

Budgy Smuggler owner Adam Linforth said the monthly power bill at its factory in St Peters in Sydney’s inner west, where the company makes swimwear and accessories, had risen 40 per cent in the past year and energy prices were costing the company an additional $1000 a week.

“It’s odd that this is where the attention has gone when things like tax reform are badly needed,” he said. “One battle at a time though. Right now, this isn’t a priority for us, but it’s another concern on the radar.”

Similarly, Efrat said he wasn’t too worried about the impact from Labor’s IR bill. He’s too busy focusing on reducing other costs and said he wants to keep his staff happy by paying them well.

“They are like my family, they will not strike,” he said.