Amid growing calls for Labor Secretary Alexander Acosta to resign in the wake of wealthy financier Jeffrey Epstein’s arrest for alleged underage sex trafficking, President Donald Trump on Tuesday praised his cabinet member as “excellent” and said he feels “very badly” for him.

But Trump also said he would look “very carefully” at the much-criticized plea deal that Acosta negotiated with Epstein in 2008 as the U.S. attorney for the Southern District of Florida. That agreement allowed the financier, with whom Trump socialized with years ago, to serve just 13 months in jail.

Acosta has defended the non-prosecution agreement he signed off on, and he tweeted on Tuesday that he was “pleased” prosecutors in New York were “moving forward with a case based on new evidence.” Those calling for him to resign argue there was enough of a case more than a decade ago to put Epstein behind bars for life, according to ABC News Chief National Correspondent Tom Llamas.

“Critics say [Acosta] had mounting evidence, he had victims, he had witnesses and yet for some reason he decided to strike a deal with Jeffrey Epstein’s attorneys instead of deciding to indict Epstein on many of the crimes that we’re now talking about so many years later,” Llamas tells us.

A federal appeals court in New Orleans heard the latest legal challenge to Obamacare on Tuesday and appeared skeptical of arguments from defenders of the Affordable Care Act that the individual mandate to purchase health insurance is constitutional.

The Supreme Court ruled in 2012 that the mandate was only permissible under Congress’ power to tax, but the Republican-led Congress in 2017 zeroed out the financial penalty in the GOP tax law after failing to fully repeal Obamacare.

A decision isn’t expected until September, but the case likely will go to the Supreme Court just in time for the 2020 presidential race, according to ABC News’ Devin Dwyer: “We could be headed to a scenario where health care is front and center as voters start heading to the polls.” 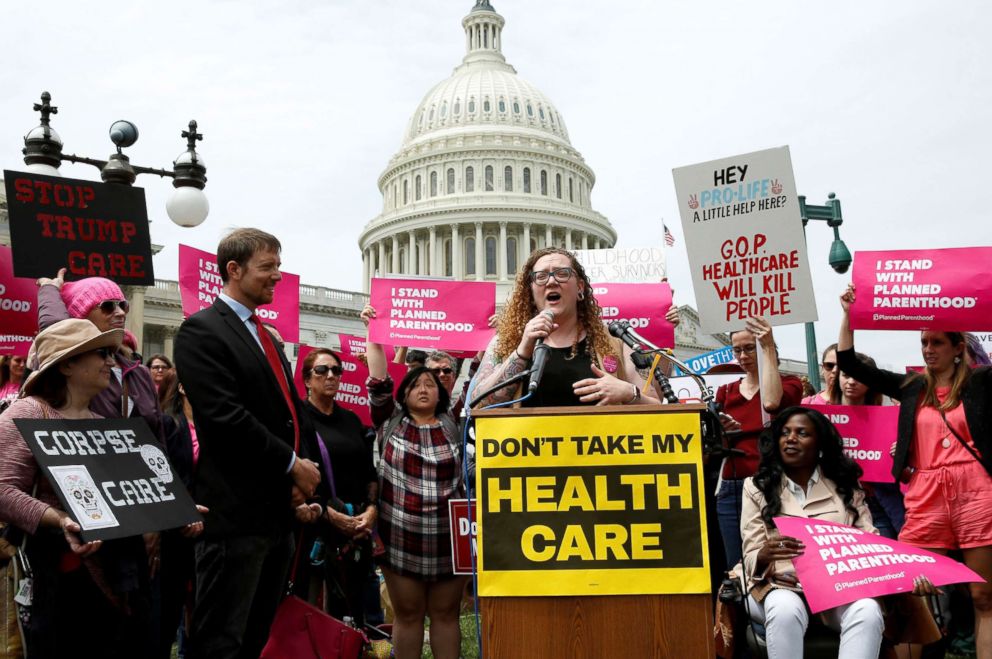 The British government is standing by Sir Kim Darroch, the U.K. ambassador to the U.S., after diplomatic cables in which he called the Trump administration “inept” were leaked, spurring an investigation.

Trump said the White House “will no longer deal with” Darroch, calling him “wacky” and “a very stupid guy,” but the State Department said Tuesday it has not been given any instructions not to work with the ambassador.

The leak has also affected the U.K.’s race for prime minister. British Foreign Secretary Jeremy Hunt has said he would keep Darroch if elected, while Boris Johnson, the favorite in the upcoming Tory leadership contest and Trump’s pick for the job, has stayed mum about whether to remove the ambassador.

“There will be real pressure on Boris Johnson not to do that because the politics of this country is that we’re constantly worried about seeming like we are the lackey to the United States,” ABC News Foreign Correspondent James Longman says on “Start Here.” “He won’t want to seem like that politician, so this really does complicate the relationship between this country and the United States.”

4. The One With Ross’ Runs for President

Billionaire Ross Perot, a two-time independent presidential candidate, has died of leukemia at 89.

When he ran against George H.W. Bush and Bill Clinton in 1992, he won the support of 19% of Americans across the political spectrum, a rarity for recent third-party candidates who’ve tried to break out from the two-party system, says ABC News Political Analyst Cokie Roberts. 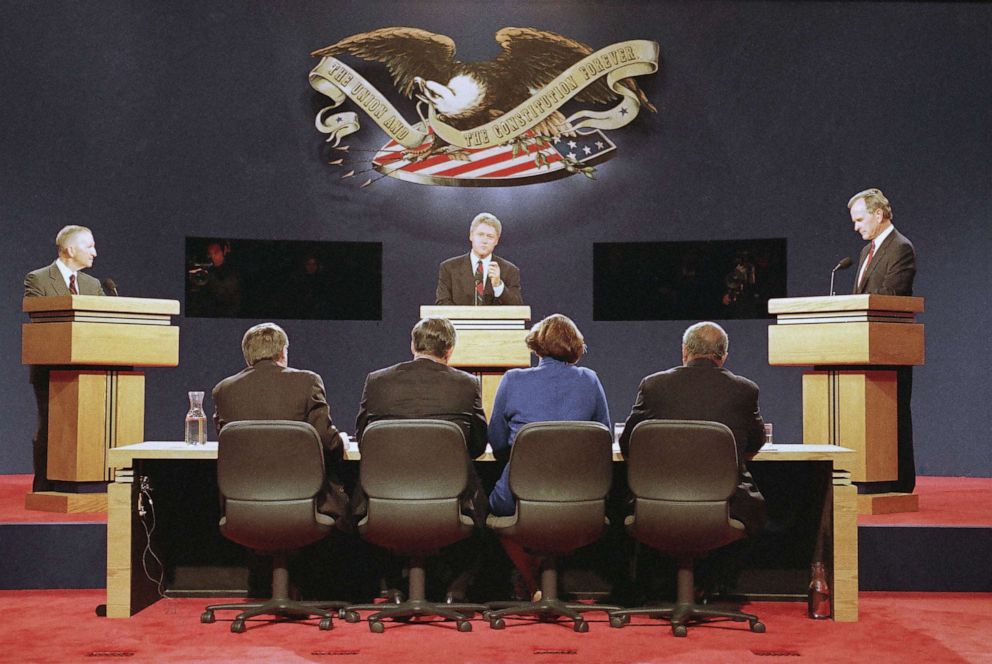 ‘Humiliated’: American Airlines apologizes to a female doctor who was asked to cover up her outfit with a blanket.

The worst All-Stars since 2002: Every year, players find their way into the annual MLB showcase despite subpar statistics …

When asked how she felt about being part of a dynasty, U.S. soccer superstar Megan Rapinoe said, “I think it suits us. This team fits well into that word.”

The U.S. Women’s National Team is back home after a historic World Cup win and the celebrations have just begun — a ticker-tape parade for the ladies will be held in New York City today.

The U.S. broke its own record for the most FIFA Women’s World Cup titles, with four, and joins Germany as the only other country to win back-to-back cups. 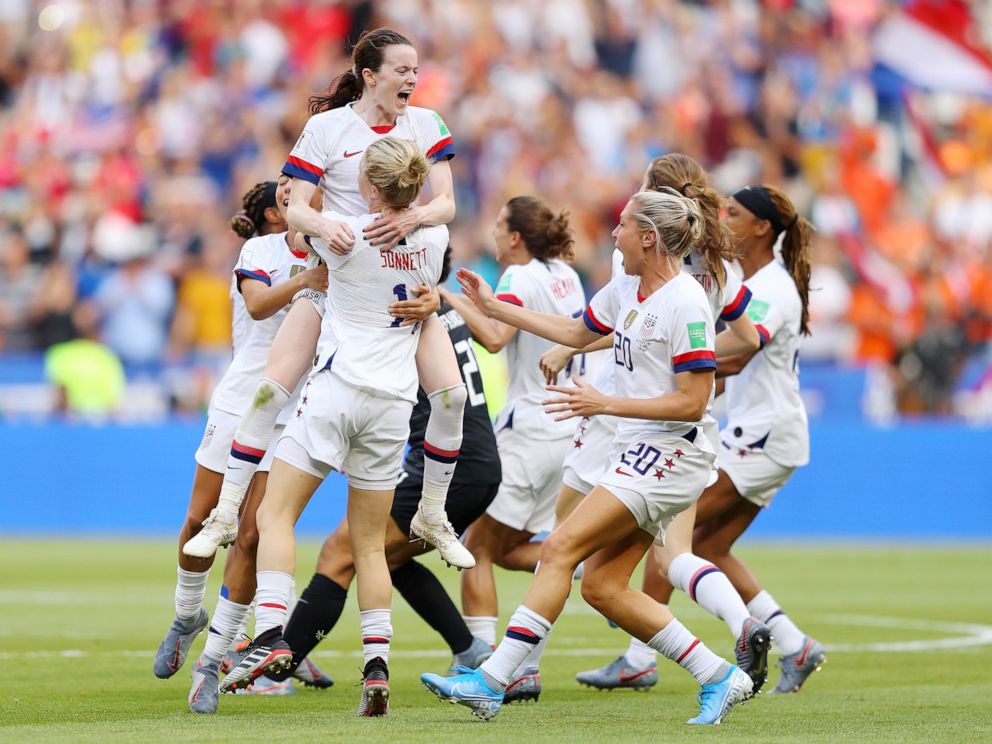 For midfielder Rose Lavelle, the 2-0 championship over the Netherlands was the manifestation of something she’d worked toward her whole life.

“It’s kind of something you’ve always envisioned yourself doing,” she said, “so I never like to call it a dream, because it was something I really felt would be a reality someday.”