Ten Democratic presidential candidates will take the stage in Houston tonight for the third primary debate where for the first time, front-runner and former Vice President Joe Biden will face off against Sen. Elizabeth Warren, who’s gaining in the polls.

As some of the lower-polling candidates may be on the attack to seize the debate conversation, ABC News Chief Political Analyst Matthew Dowd, a former campaign strategist, advises Biden and Warren to stick to targeting President Donald Trump.

“Instead of arguing over Medicare-for-All or arguing over some tax policy or whatever, demonstrate to the voters that you’re more prepared to take on Donald Trump than they are,” he says.

The debate, hosted by ABC News and Univision, will be held at Texas Southern University, a public, historically black university, and will air from 8 to 11 p.m. ET across ABC, Univision with a Spanish translation, locally on KTRK-TV and on ABC News Live.

The president is moving to ban flavored e-cigarettes, citing the popularity of vaping among teenagers.

“We are looking at vaping strongly, it’s very dangerous, children have died and people have died,” Trump told reporters on Wednesday. “We’re going to have some very strong rules and regulations.”

Federal health officials are investigating vaping-related lung illnesses, including at least six deaths, with many cases involving off-market or THC-related products, but it remains unclear what exactly is causing users to get sick, according to Dr. Kathryn Melamed, a Ronald Reagan UCLA Medical Center pulmonologist.

“I think the take home message at this point from my perspective is these products are dangerous, we don’t know which component or which exact brand is the culprit, so for now I would just avoid them altogether,” she says.

A Juul spokesperson said the company would “fully comply with the final FDA policy when effective,” but the American Vaping Association warned in a statement that a flavor ban would “do nothing to stop drug dealers from selling contaminated THC cartridges.” 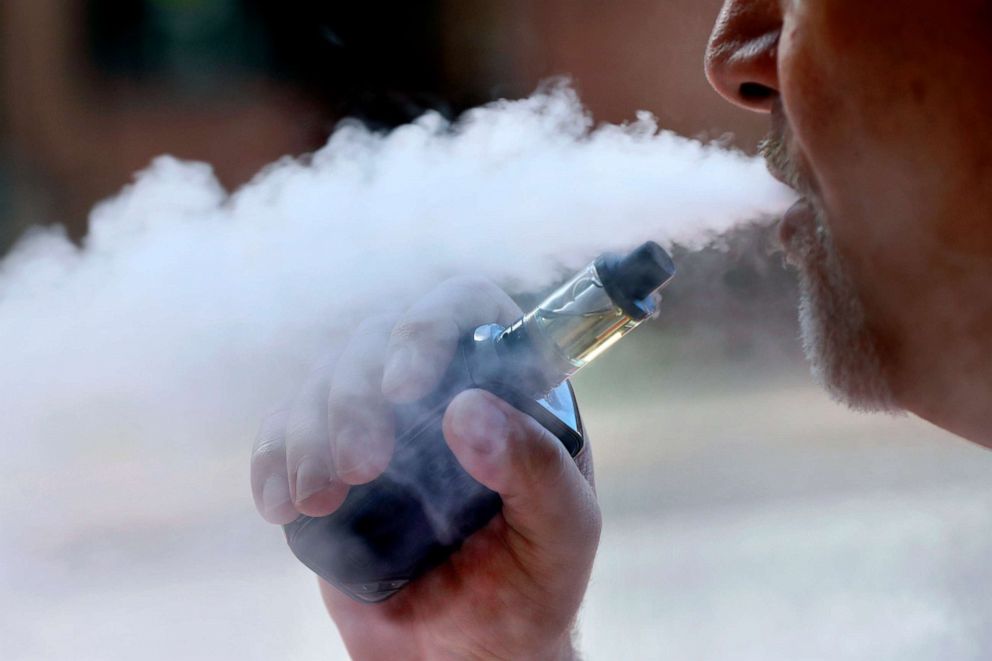 On the heels of a dramatic offseason, NFL star Antonio Brown is now facing a civil lawsuit filed by former trainer Britney Taylor who alleges he sexually assaulted her on three separate occasions in 2017 and 2018.

The NFL is conducting an investigation into the accusations against the newly-signed Patriots receiver, according to ESPN. Brown’s agent Drew Rosenhaus told ESPN his client vehemently denies the allegations, calling them a “money grab,” and said Brown would cooperate in any investigation.

ABC News and ESPN Legal Analyst Ryan Smith tells the podcast the NFL’s handling of the allegations could prove to be a test for a league celebrating its 100th season this year.

“The NFL, the Patriots, they’re in the position of needing to do due diligence, interview people,” he says. “If that doesn’t happen, and they can’t figure this out for months, what will the image be to fans for a league that’s trying to say they don’t tolerate any kind of abuse, when somebody, who’s been alleged of horrifying acts, is playing every single Sunday for one of the most prominent teams in the football league?” 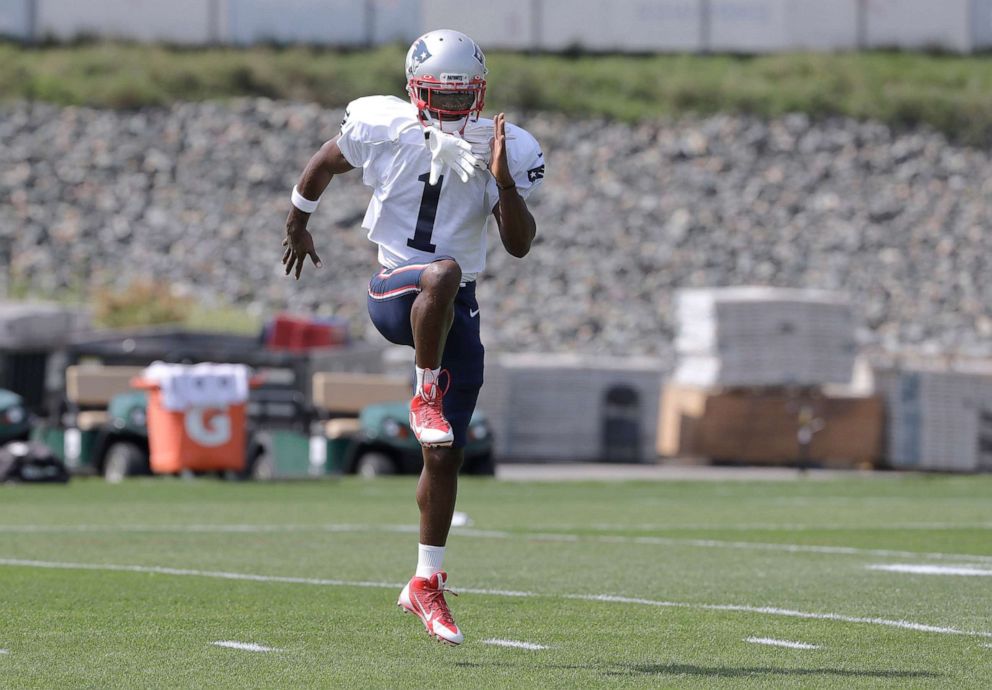 ‘You don’t need to be drowning in debt’: Rep. Alexandria Ocasio-Cortez, the youngest woman in Congress, gave her colleagues a first-hand look at what many people her age are facing when she made a student loan payment during a Congressional hearing on student debt.

‘Intense fugitive search’: Authorities in Arizona say they’ve captured a fugitive husband and wife couple who’ve been the subject of an intensive manhunt since escaping custody more than two weeks ago.

‘Kill as many as he could’: A possible mass shooting was thwarted in Texas after a concerned father called police on his son and Fort Worth officers were able to intercept the 27-year-old man with mental health issues who was searching for a gun.

‘Voice didn’t match his age’: A 32-year-old man has been arrested at an Indian airport for pretending to be 81 in order to get into the USA.

‘Just scratching the surface’: Lamar Jackson wasn’t the only QB with a perfect 158.3 mark Sunday. He was joined by Dak Prescott of the Dallas Cowboys, who went 25 for 32 with 405 yards, four touchdowns and zero picks against the rival New York Giants. It was the first time ever that two passers had perfect games in the same week — and in fact, Prescott’s game may have been the superior perfect outing.

A group of children are sharing what they want to be when they grow up in an inspiring photo series.

Five patients of Children’s Healthcare of Atlanta posed as their dream professions and even had a day at the “office” during the session photographed by Ashley Berrie. 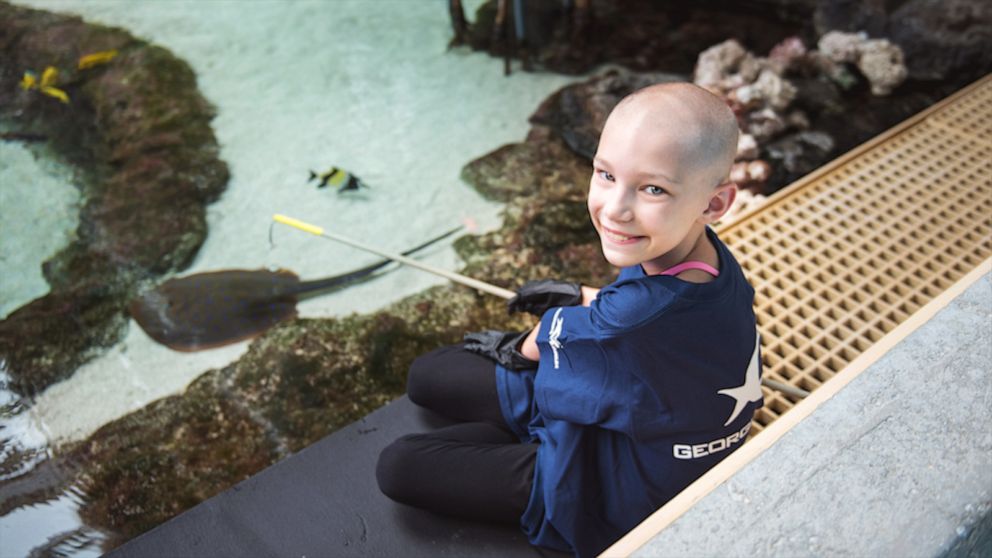 “They showed so much joy dressing up in this role of what they wanted to be,” Berrie said. “These children show so much hope for their futures and I think every child deserves a lifetime.”