“I am the chosen one,” President Donald Trump told reporters on Wednesday when asked whether his trade policies were causing problems for the U.S. economy. “Somebody had to do it, so I’m taking on China on trade. And you know what? We’re winning.”

Trump has continued to defend his trade war with China and downplay the threat of a recession, despite floating fixes that could cushion the U.S. economy.

The non-partisan Congressional Budget Office also released a new report on the ballooning federal deficit, pointing to a bipartisan budget deal and an increase in spending as factors. The deficit could spell more trouble for the White House if there’s an economic downturn, according to ABC News Senior National Correspondent Terry Moran on “Start Here” today.

“What kind of tools will the government have to help stimulate a failing economy?” he says. “If there are low interest rates, you can’t cut interest rates anymore. If you’ve got a gigantic deficit, are you really going to be able to dig that hole deeper? It means that the next recession could be very hard for the government to manage.”

The president is also facing backlash from Jewish organizations in the U.S. and Israel as he doubles down on his attacks on American Jews who vote for Democrats.

Charges against Jews questioning “loyalty” have a centuries-long history, according to ABC News’ Jordana Miller in Jerusalem, who says there’s pressure on Israeli Prime Minister Benjamin Netanyahu to condemn the remarks or risk potentially hurting the U.S.-Israel relationship.

“This is an important alliance for many reasons and that’s something that I think is being chipped away at as the president turns Israel into a partisan issue for the Republicans,” she says. 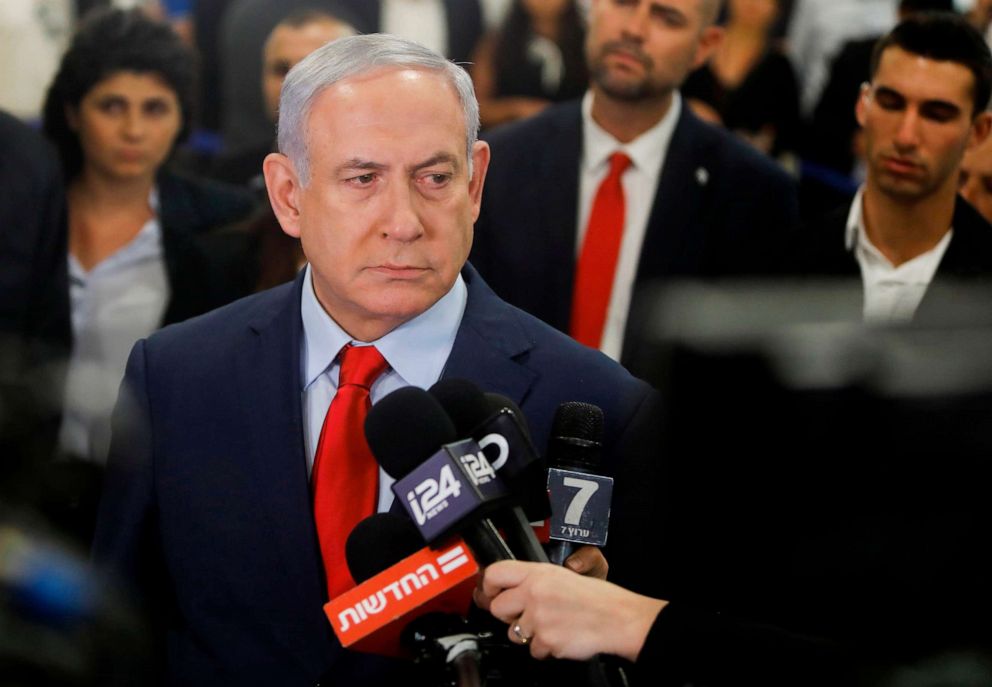 The Amazon rainforest in Brazil is burning at a record pace and could accelerate climate change, scientists are warning, citing an 84% rise in fires from last year.

Satellite imagery shows large parts of Brazil covered in smoke. The country’s largest city Sao Paulo, more than a thousand miles away from the fires, even saw a daytime blackout caused by the smoke earlier this week.

Brazilian President Jair Bolsonaro suggested without evidence on Wednesday that non-governmental organizations were responsible for the raging fires, but critics are blaming Bolsonaro’s environmental policy changes for harming the rainforest.

“He’s talked about plans to open indigenous reserves to mining, he’s relaxed environmental controls, and he complains a lot about there being too much red tape around the Amazon,” Claire Bower, a journalist based in Brazil, tells the podcast. 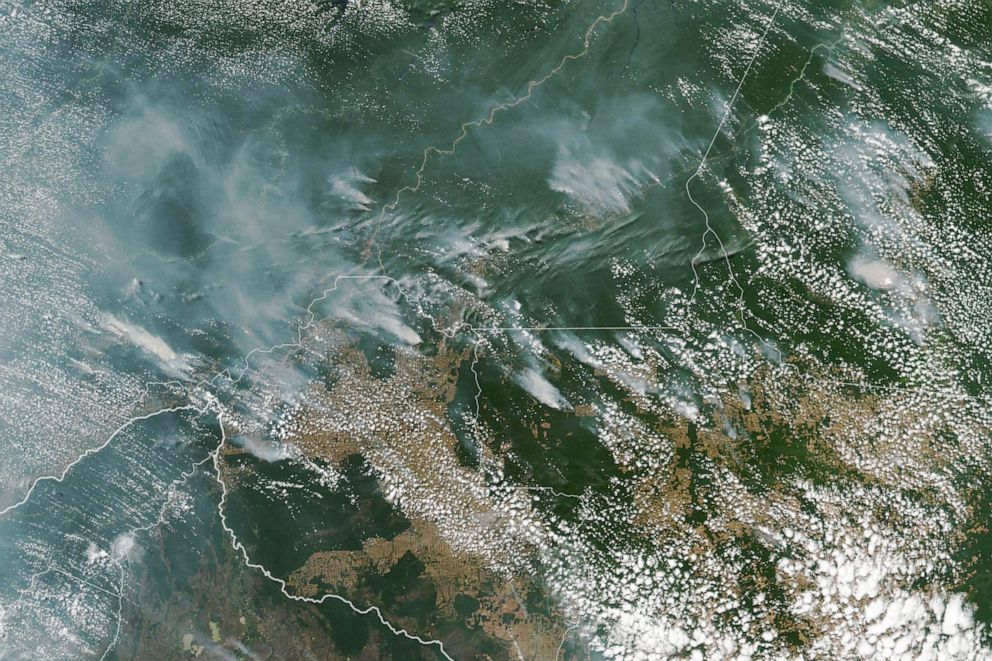 Two U.S. servicemembers were killed in Afghanistan this week as the U.S. resumed talks with the Taliban and the Afghan government in hopes of finalizing a peace agreement.

The U.S. is looking to maintain some military presence in Afghanistan, but the Taliban has pushed for full troop withdrawal.

Questions have also been raised in the wake of recent deadly bombings in Afghanistan, including a weekend suicide attack inside a wedding hall, about whether a peace deal would end the bloodshed or curtail the ISIS foothold in the country.

“Even if the U.S. makes a deal with the Taliban, that does not guarantee safety in Afghanistan because obviously we have other groups on the rise and ISIS is one of them,” ABC News’ Julia Macfarlane explains. 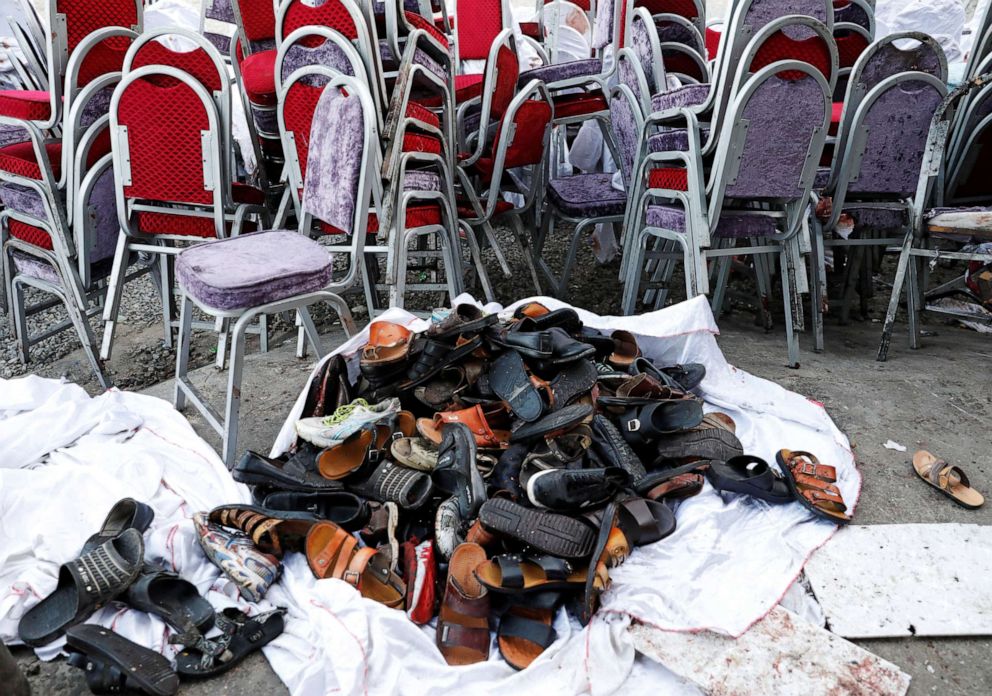 “Lacking in certain areas”: An NYPD sergeant who supervised an officer fired this week for causing the death of Eric Garner will not face a departmental disciplinary trial and officials said all disciplinary actions stemming from the incident have now been concluded.

“A sniper took out one of our deputies”: A sniper located in an apartment building in Los Angeles County opened fire on a sheriff’s deputy just outside his station house on Wednesday afternoon.

“Coming soon”: Meghan, the Duchess of Sussex, surprised a group of women at a photoshoot for her upcoming capsule collection in partnership with the charity Smart Works

“Difficulty coordinating their back legs”: Wildlife officials in Florida are investigating a disorder detected in some panthers and bobcats that is causing them to stumble.

Economists are bad At predicting recessions: A recent study looked at 153 recessions in 63 countries between 1992 and 2014 and found that the vast majority were missed by economists in both the public and private sector.

If superheroes do exist, then someone get this man a cape.

Jon Potter’s superpower is saying yes to anyone who asks for help. Cat sitting? Yes. Rides in the middle of the night? Yes. Buying people groceries? Yes. He even agreed to donate his kidney to a complete stranger.

“In reality, I am just an awkward and anxiety ridden guy, who deep down always wanted to do good,” Potter wrote on Reddit.