An aircraft carrier strike group and a bomber task force were deployed to the Middle East amid “clear indications” Iran is preparing for a possible attack on U.S. forces in the region, officials said.

The White House said the show of force was meant “to send a clear and unmistakable message to the Iranian regime,” noting that the U.S. is not looking for war with Iran but is “fully prepared to respond to any attack.”

Whatever “credible threat” there may be, the Iranian military is not likely to take on the U.S. military directly, ABC News contributor Col. Steve Ganyard, a former Marine Corps pilot, tells “Start Here.”

As officials sift through the wreckage of a fiery jet crash in Moscow that killed 41 and examine data from black boxes, investigators are looking at three likely causes: pilot error, bad weather or a technical malfunction.

The Sukhoi Superjet 100 airliner is commonly used in Russia but not much in the U.S. and Europe because of a record of safety issues, including a crash into Mount Salak in Indonesia that killed everyone on board.

There are calls for Russia to ground the country’s fleet, just as the Boeing 737 Max was grounded in response to two recent crashes, however ABC News’ Dan Harris says Russia’s transport minister has already ruled that out. 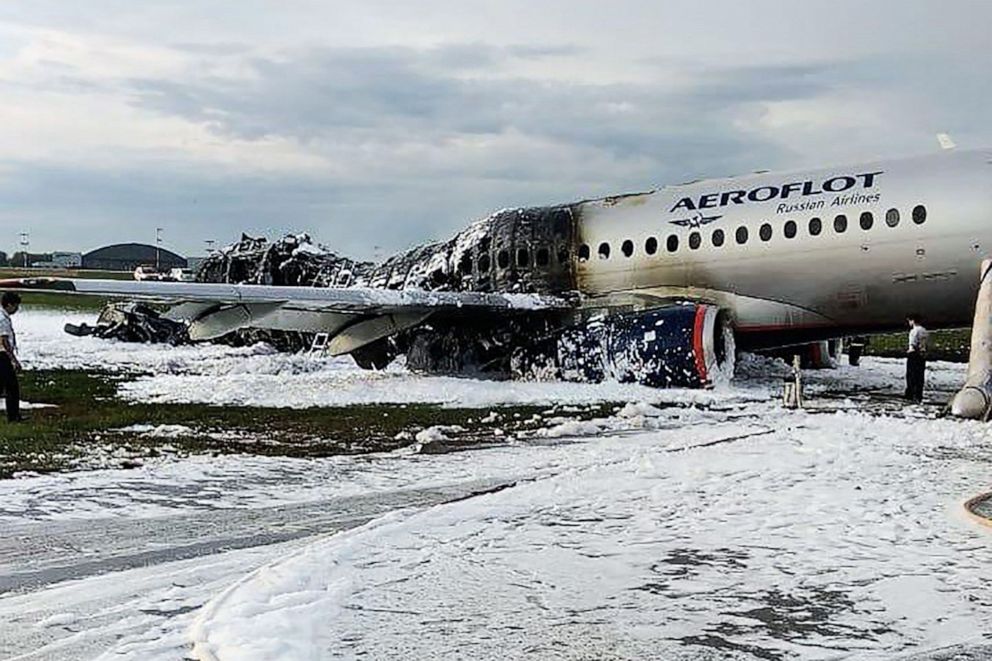 The Trump administration has expanded the number of seasonal migrant workers potentially returning this summer, allowing for an additional 30,000 under the H-2B program.

While anti-immigration groups have argued that the program denies opportunities to Americans and allows companies to pay foreign workers less, businesses that rely on the seasonal workers — landscapers, amusement parks, hospitality — have said Americans are more interested in permanent jobs elsewhere.

“They need temporary workers, but right now the economy is booming,” ABC News’ Anne Flaherty tells us. “They say that they can’t hire workers willing to work for lower-paying jobs, so migrants are willing to come into the United States. They’re willing to do the jobs that a lot of Americans aren’t willing to do.”

One million plant and animal species are being pushed toward extinction by humans at an “unprecedented” rate, scientists warn in a new report from the United Nations.

The current rate of global species extinction is tens to hundreds of times higher than the average over the last 10 million years, according to the Intergovernmental Science-Policy Platform on Biodiversity and Ecosystem Services — and the rate is accelerating.

“We are reaching a point,” Enric Sala, an explorer in residence with National Geographic, says on the podcast, “where the natural world will not be able to continue providing for us.” 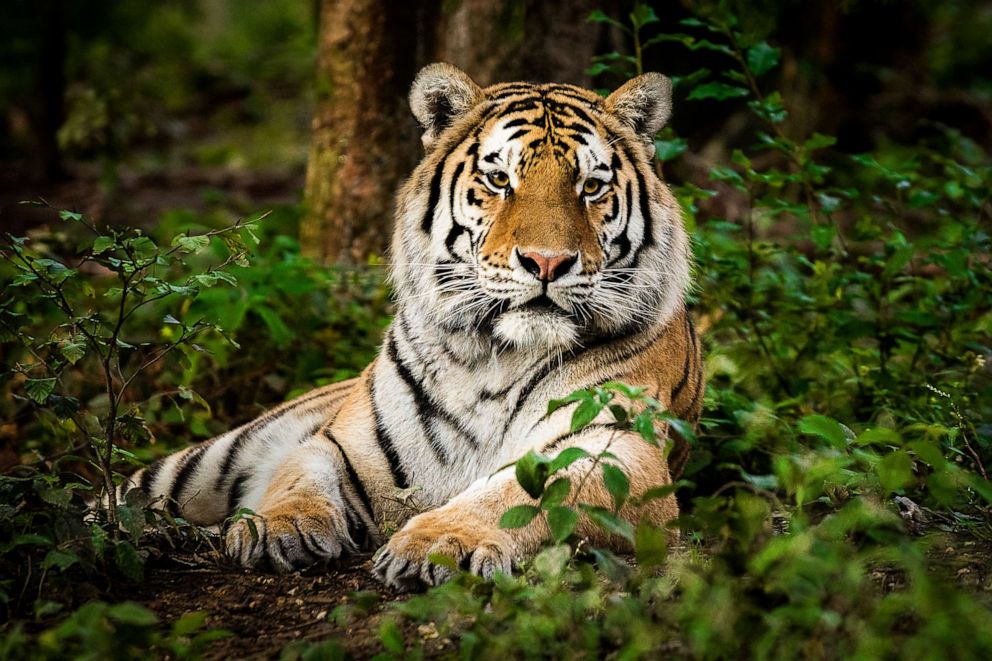 ‘I don’t feel comfortable celebrating in the White House’: Alex Cora, manager of the world champion Boston Red Sox, says he won’t be joining his team in Washington this week because of the administration’s response to hurricane devastation in his native Puerto Rico.

‘Unpremeditated murder in a combat zone’: The president pardons a former Army Ranger convicted of murdering a prisoner.

‘He has a history of not only of stalking and selecting his victims from Terre Haute, but also killing them’: Authorities in Indiana say they’ve solved a cold case from 1972.

Kawhi Leonard is The Terminator: And unfortunately for the Sixers, throwing him into a vat of molten metal isn’t legal in the NBA. 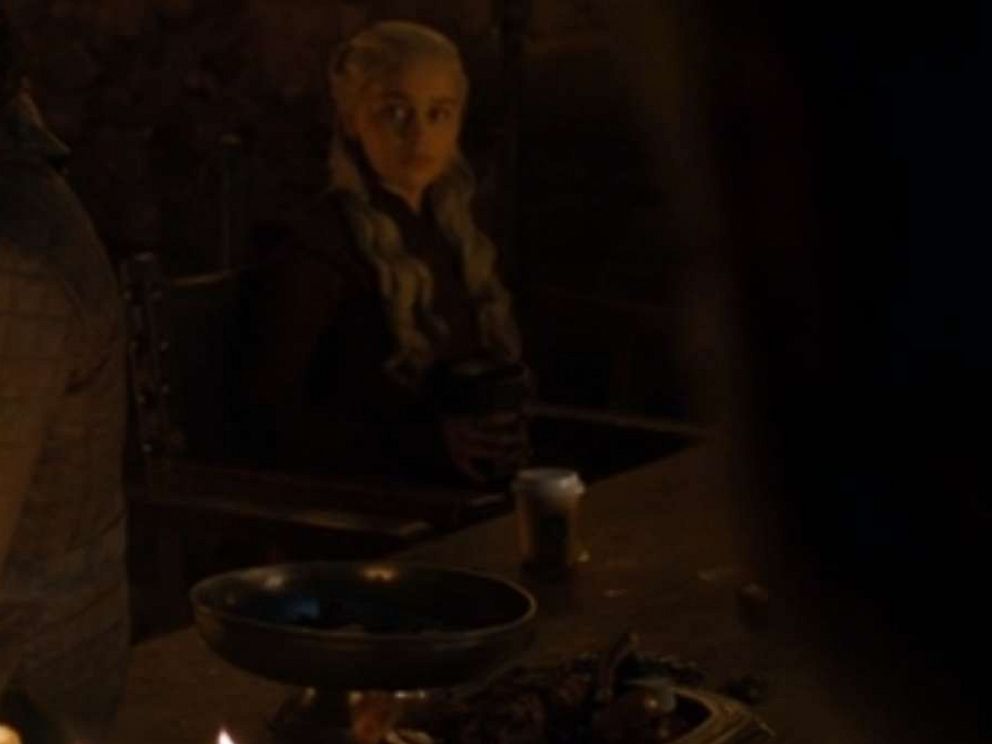 Today we doff our caps to coffee, a drink so essential to everyday life it’s required even by fireproof dragon queens.

As her compatriots celebrate with wine and ale, Dany — aka Daenerys Stormborn of House Targaryen, the First of Her Name, Queen of the Andals and the First Men, Protector of the Seven Kingdoms, the Mother of Dragons, the Khaleesi of the Great Grass Sea, the Unburnt, the Breaker of Chains — appears to be enjoying a nice cup o’ joe. Although maybe was tea? But probably not. You know who probably prefers tea? Varys. That weirdo.

Anyway, what appears to be a disposable coffee cup — aka Hot Beverage Container of House Craft Services, Billionth of Its Name, Protector From Spills, the Chalice of Convenience, the Unrecycled, Polluter of the Seven Seas — was left in a shot during the fourth episode of the final season of “Game of Thrones,” and social media users, predictably, lost their minds, blasting electronic ravens hither and yon as there sat poor Dany, questioning her entire existence up to that point, including whether it’s normal to be in love with your nephew who insists you should be queen even though he should be king.

Why government aides did not stop huge, maskless Jewish wedding in Brooklyn
We and our partners use cookies on this site to improve our service, perform analytics, personalize advertising, measure advertising performance, and remember website preferences.Ok