SUBWAY’S tunafish sandwiches went under the microscope and cooked up fresh accusations that they’re filled with mystery meat. 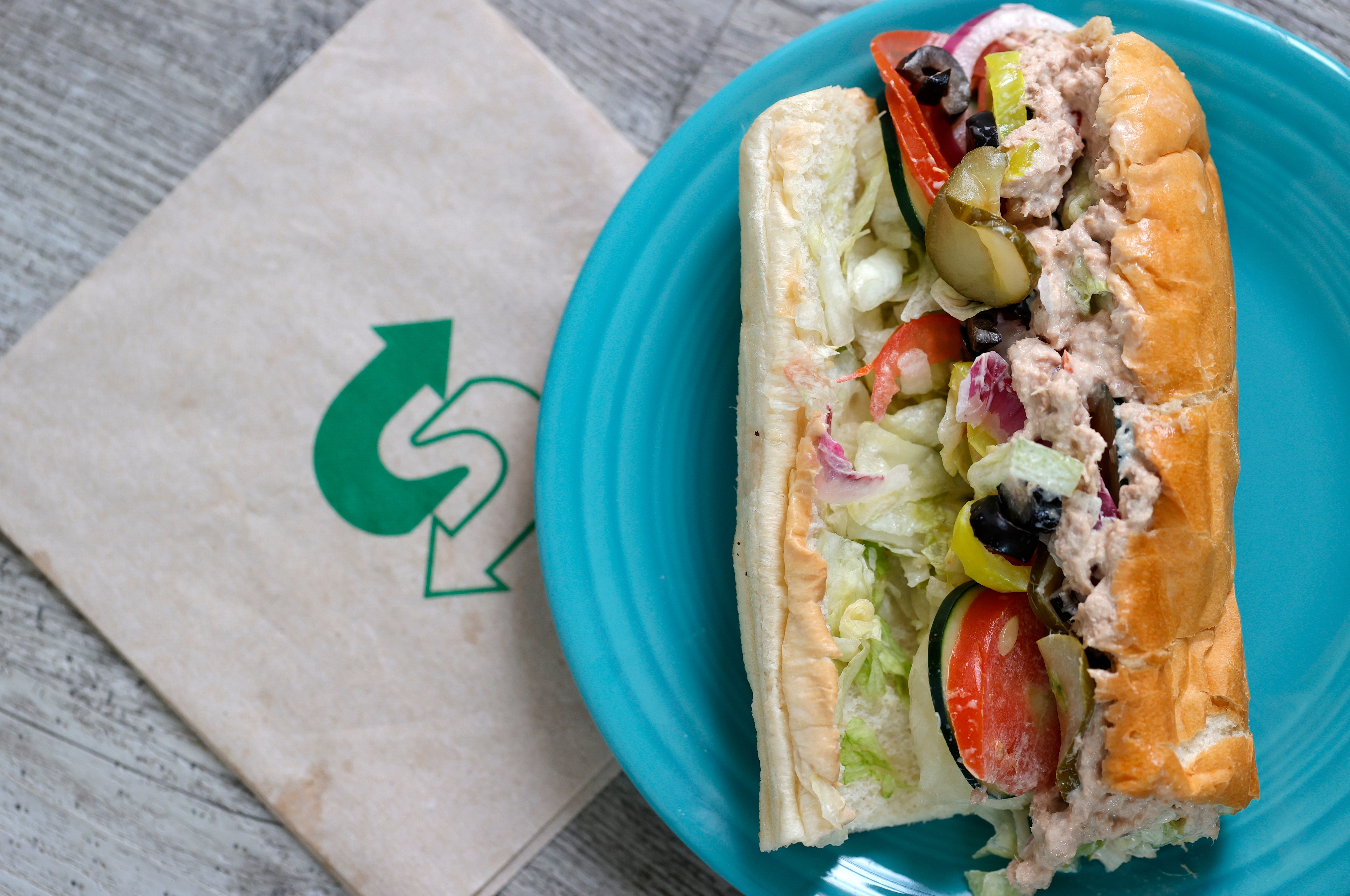 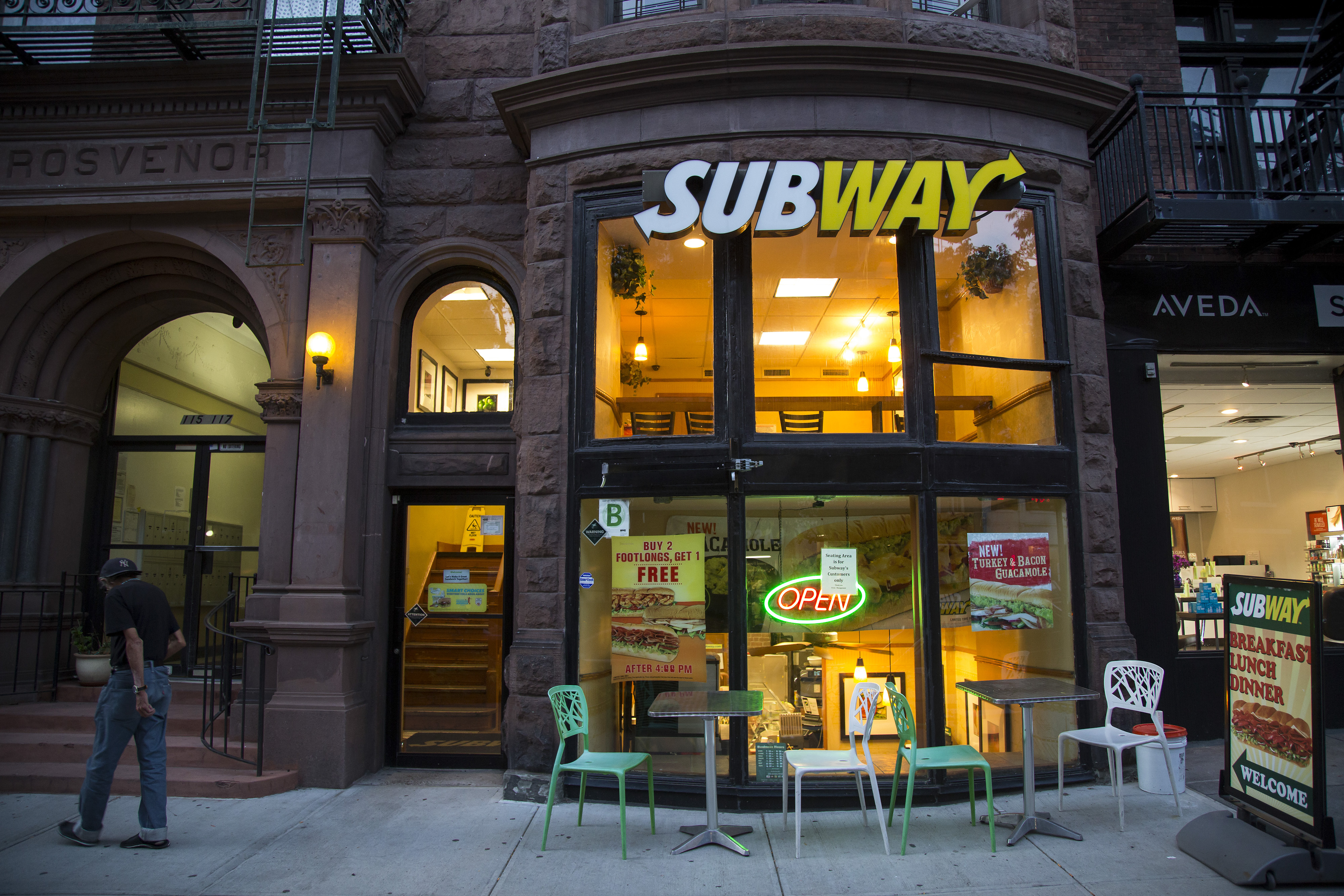 Waiting over a month after submitting the Ziploc bags full of frozen “Subway tuna sandwiches” the lab results returned.

“No amplifiable tuna DNA was present in the sample and so we obtained no amplification products from the DNA,” the results read, according to the Times.

“Therefore, we cannot identify the species." 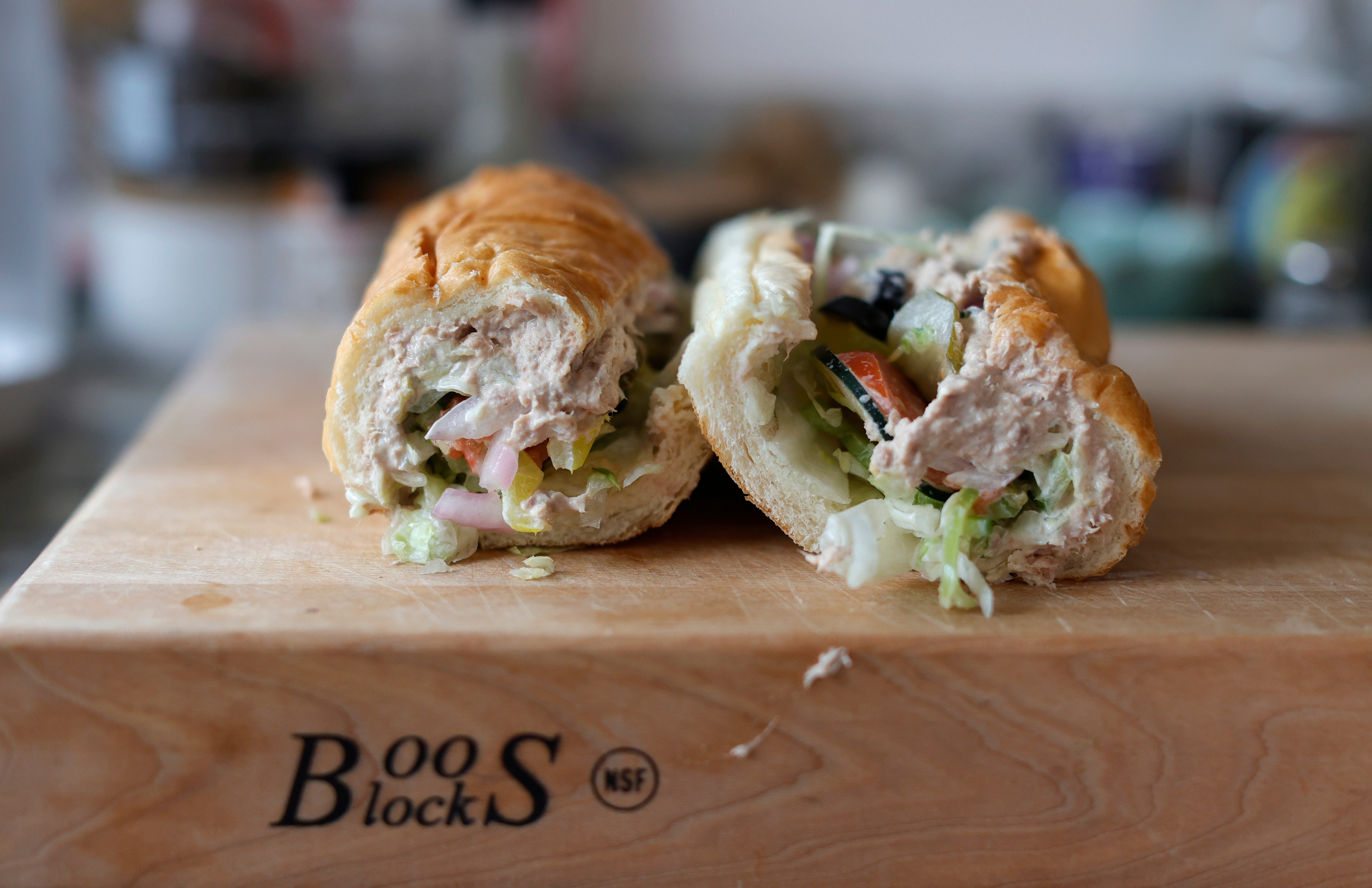 A Subway spokeswoman discounted the lab findings, contending “DNA testing is an unreliable methodology for identifying processed tuna,” according to the New York Post.

“DNA testing is simply not a reliable way to identify denatured proteins, like Subway’s tuna, which was cooked before it was tested."

She also pointed out how there isn't anything conclusive that the Subway tuna sandwiches submitted to the lab aren’t fish.

“All it says is that the testing could not confirm tuna, which is what one would expect from a DNA test of denatured proteins,” the spokeswoman told the Post. 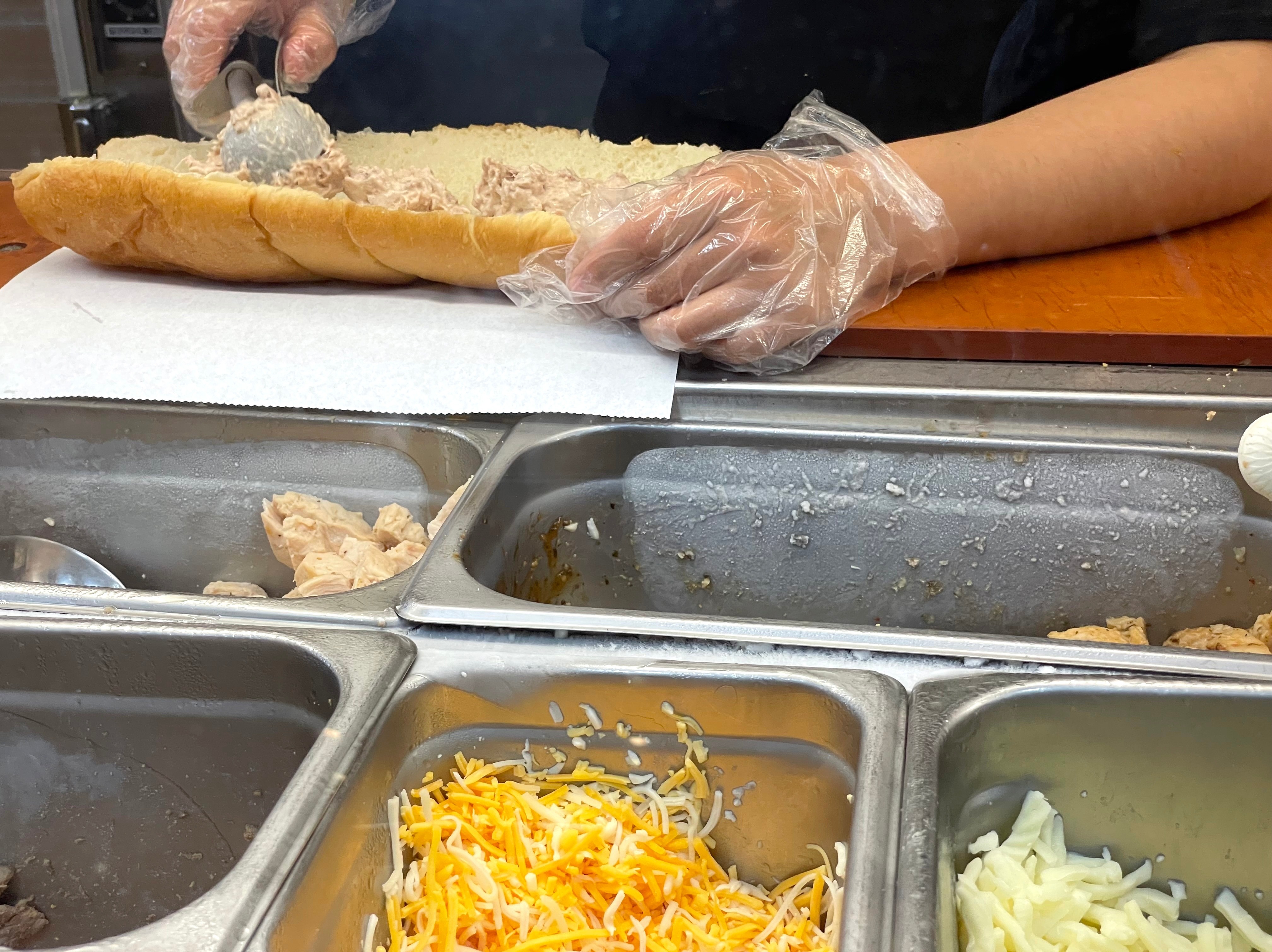 She then bolstered the menu item’s premium quality ingredients.

“The fact is Subway restaurants serve 100% wild-caught, cooked tuna, which is mixed with mayonnaise and used in freshly made sandwiches, wraps and salads that are served to and enjoyed by our guests,” she said.

“The taste and quality of our tuna make it one of Subway’s most popular products and these baseless accusations threaten to damage our franchisees, small business owners who work tirelessly to uphold the high standards that Subway sets for all of its products, including its tuna.”

The lab that analyzed the Subway sandwich “tuna” determined there may be some other factors at play.

“One, it’s so heavily processed that whatever we could pull out, we couldn’t make an identification,” a lab spokesman told the Times, noting that the company refused to be identified fearing falling out with the country’s sandwich leader.

“Or we got some and there’s just nothing there that’s tuna,” the lab spokesman added.

The effort was conducted after Northern Californians Karen Dhanowa and Nilima Amin filed a multi-million-dollar lawsuit against the fast food giant. 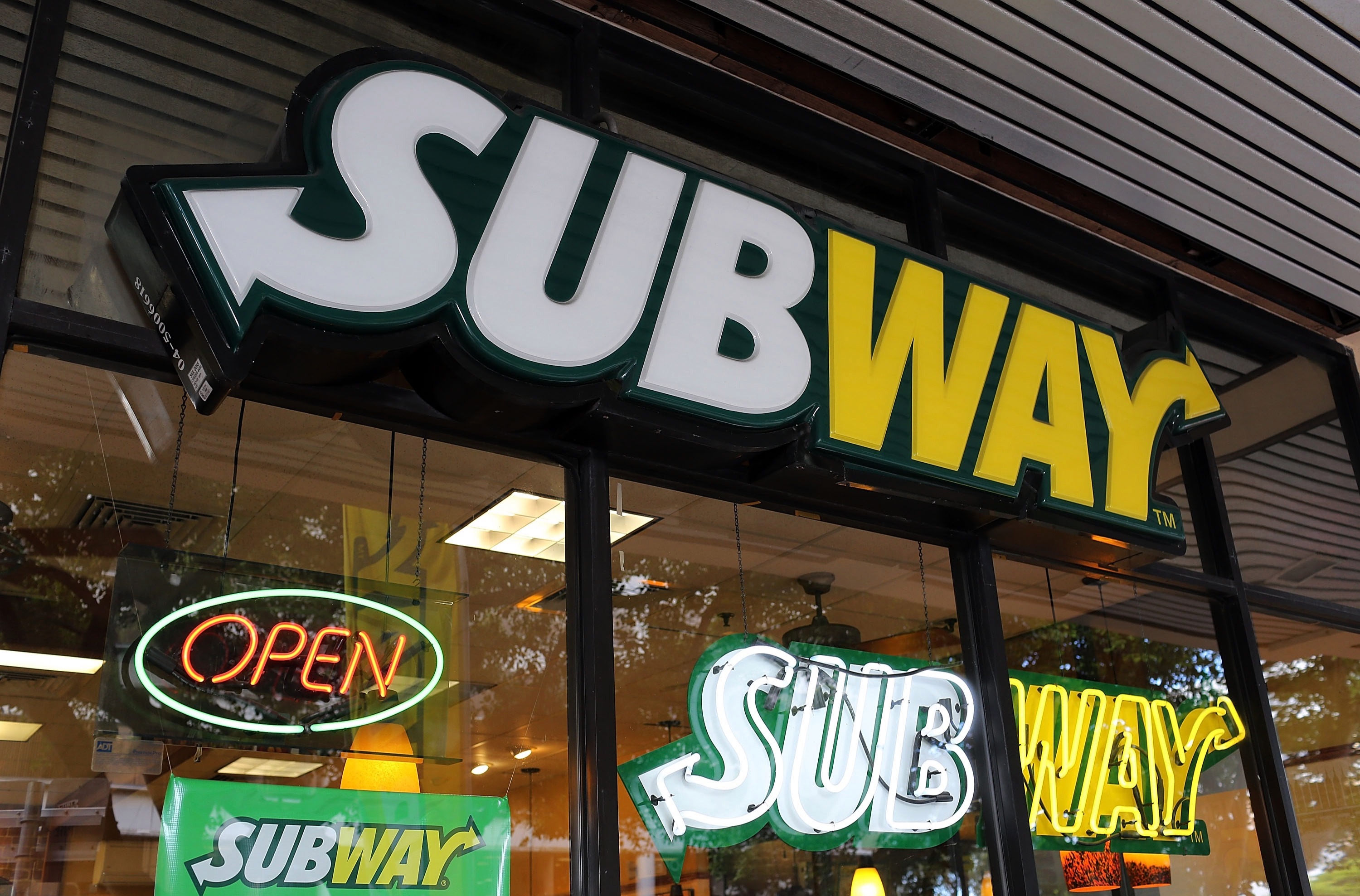 “Independent testing has repeatedly affirmed the products are made from anything but tuna,” the court papers filed in January say.

Subway is battling back to torpedo the lawsuit, claiming their tuna fish is made from simple ingredients.

"Subway delivers 100 per cent cooked tuna to its restaurants," they answered.

They say their tuna "is mixed with mayonnaise and used in freshly made sandwiches, wraps and salads that are served to and enjoyed by our guests.

"The taste and quality of our tuna make it one of Subway’s most popular products."

But Dhanowa and Namin allege the fish sandwich is “made from a mixture of various concoctions that do not constitute tuna, yet have been blended together by defendants to imitate the appearance of tuna."

The pair appeared to sidestep the tuna surprise allegations, filing an amended complaint in June accusing Subway of selling sustainably caught skipjack and yellowfin tuna, but it actually contained “anything less than healthy stocks,” according to the Post.

Subway originally said it would "fight these claims" as it defended itself against "baseless efforts to mischaracterize and tarnish the high-quality products that Subway and its franchisees provide to their customers… The lawsuit constitutes a reckless and improper attack on Subway’s brand and goodwill, and on the livelihood of its California franchisees.

"Indeed, there is no basis in law or fact for the plaintiffs’ claims."