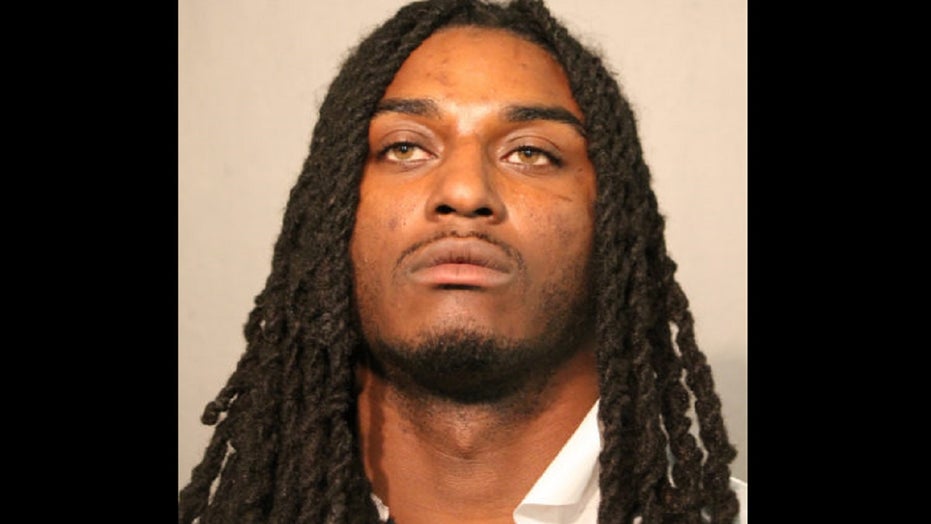 A man on probation who shot a Chicago police officer in the face Monday told him “you will die” after opening fire at a strip mall, prosecutors said Tuesday.

Jovan McPherson, 23, is charged with attempted murder, kidnapping and several other felonies in connection to the incident. At the time of the shooting, he was on probation in neighboring Kane County for drug possession and fleeing and eluding arrest, Fox affiliate, WFLD-TV reported. 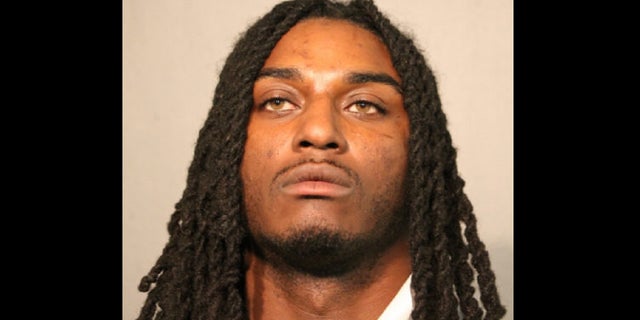 On Tuesday, Cook County prosecutors said the incident began when McPherson got upset with a 21-year-old woman driving him to run an errand.

During the ride, she got a call from the father of her child, upsetting McPherson and prompting him to allegedly take her cellphone and pull out a gun. At one point, he held the weapon against her head and threatened to kill her as she drove, prosecutors said.

While driving on a freeway, he allegedly forced her to exit and park in a strip mall parking lot. The woman asked an employee at an Ulta Beauty shop for help when McPherson followed her inside, authorities said. 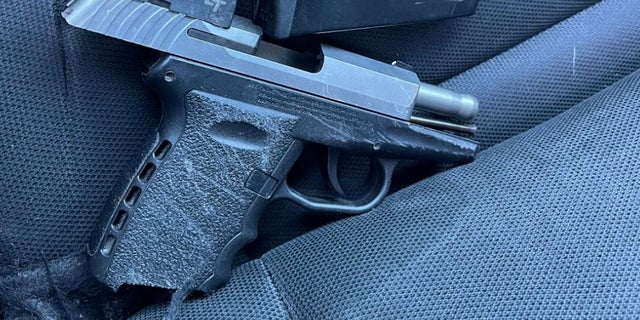 A gun was recovered from the scene where a Chicago police officer was shot in the face on Monday.
(Chicago Police Department)

Another employee got the attention of officers in the parking lot. As McPherson left the store, one officer followed him. He allegedly pulled the officer’s mask off, shoved him and put him in a “bear hug” before walking back into the store.

He then came back out and returned to the woman’s car.

“I got a gun, too,” McPherson allegedly told one of the officers as he sat in the car, according to the news outlet. 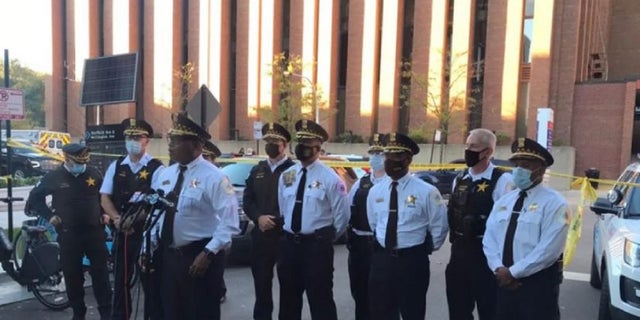 Chicago Police Superintendent David Brown talks to reporters about an officer who was shot in the face during a response call Monday.
(Chicago Police Department)

He then pulled out a gun and a struggle ensued. McPherson fired three shots and struck an officer in the cheek, prosecutors said.

The officer was taken to a hospital and released hours later. On his way home, he stopped by his assigned police station still dressed in a hospital gown.

Prosecutors said footage from the officer’s body camera showed McPherson saying “you will die” after he fired. The injured officer did not return fire.

McPherson was arrested at the scene. He later claimed officers has fired on him while his lawyer claimed his client may have opened fire accidentally during a struggle for the weapon.

A judge cited his comments after the shooting and ordered McPherson held without bail. He is scheduled to appear in court Nov. 9.

This year, 58 Chicago police officers have been shot or shot at, the department said. One officer, Ella French, died from her wounds after being shot during an Aug. 7 traffic stop.