Taiwan, claimed by China as its own territory, has repeatedly complained of Chinese military activities near the island, including regular air force patrols. China says such drills demonstrate its resolve to protect its sovereignty.

China has in the last few weeks mounted numerous exercises up and down its coast and near Taiwan. 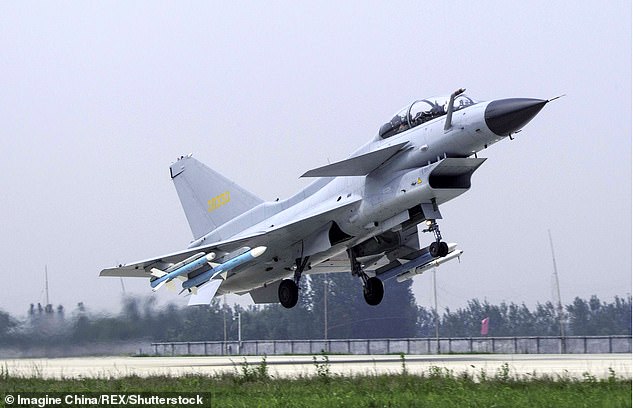 The Chinese Su-30 and J-10 fighters entered Taiwan’s ‘response zone’ to its south-west on Wednesday morning, according to Taiwan’s Defence Ministry. In the above file photo, a J-10 fighter jet takes off during a military drill at a military airport in Jinan city, eastern China

Taiwan’s armed forces are able to respond quickly and appropriately to such movements, the military said, calling on people not to be alarmed. 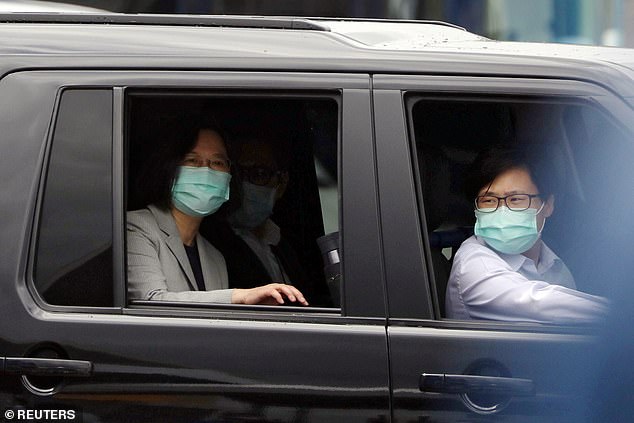 Taiwan President Tsai Ing-wen warned last month that the risk of accidental conflict was rising because of tension in the South China Sea and around Taiwan. Tsai is pictured leaveing an inauguration ceremony of a maintenance centre for F-16 fighter jets in Taichung on August 28

Taiwan is currently carrying out live fire weapons tests off its southeast and eastern coast.

Taiwan President Tsai Ing-wen warned last month that the risk of accidental conflict was rising because of tension in the South China Sea and around Taiwan and communication must be maintained to reduce the risk of miscalculation.