A VIRGINIA gym teacher was placed on leave after telling the school board that he will not acknowledge that a “biological boy can be a girl and vice versa.” 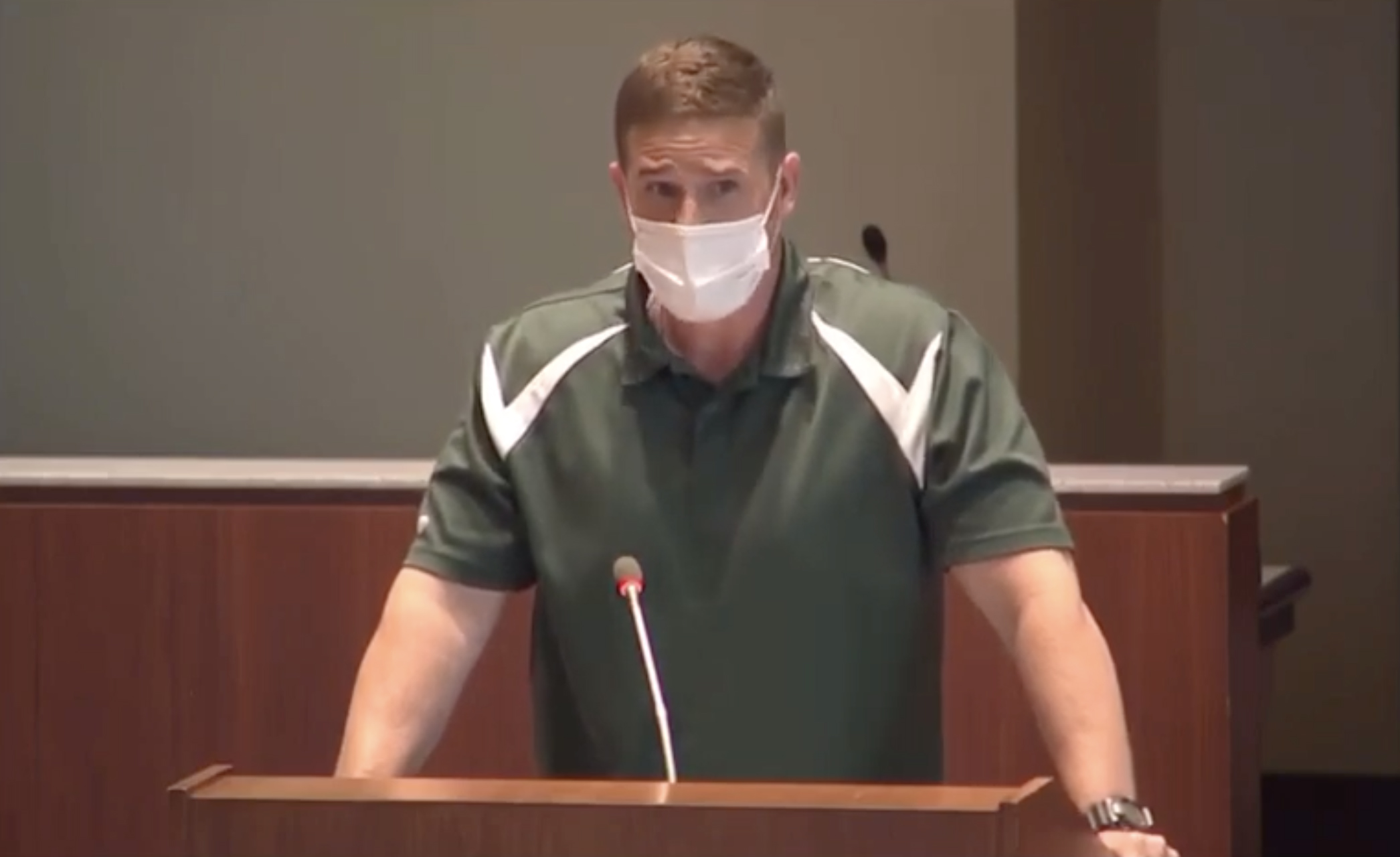 "I love all of my students but I will never lie to them regardless of the consequences,” Cross told the school board.

“I'm a teacher but I serve God first and I will not affirm that a biological boy can be a girl and vice versa because it's against my religion,” he said.

“ It's lying to a child, it's abuse to a child, and it's sinning against our God," he added.

Cross said that he was “speaking out of love” for those who are suffering from gender dysphoria.

His leave from Leesburg Elementary was announced in an email that Fox News obtained from the grassroots advocacy group, Parents Against Critical Theory. 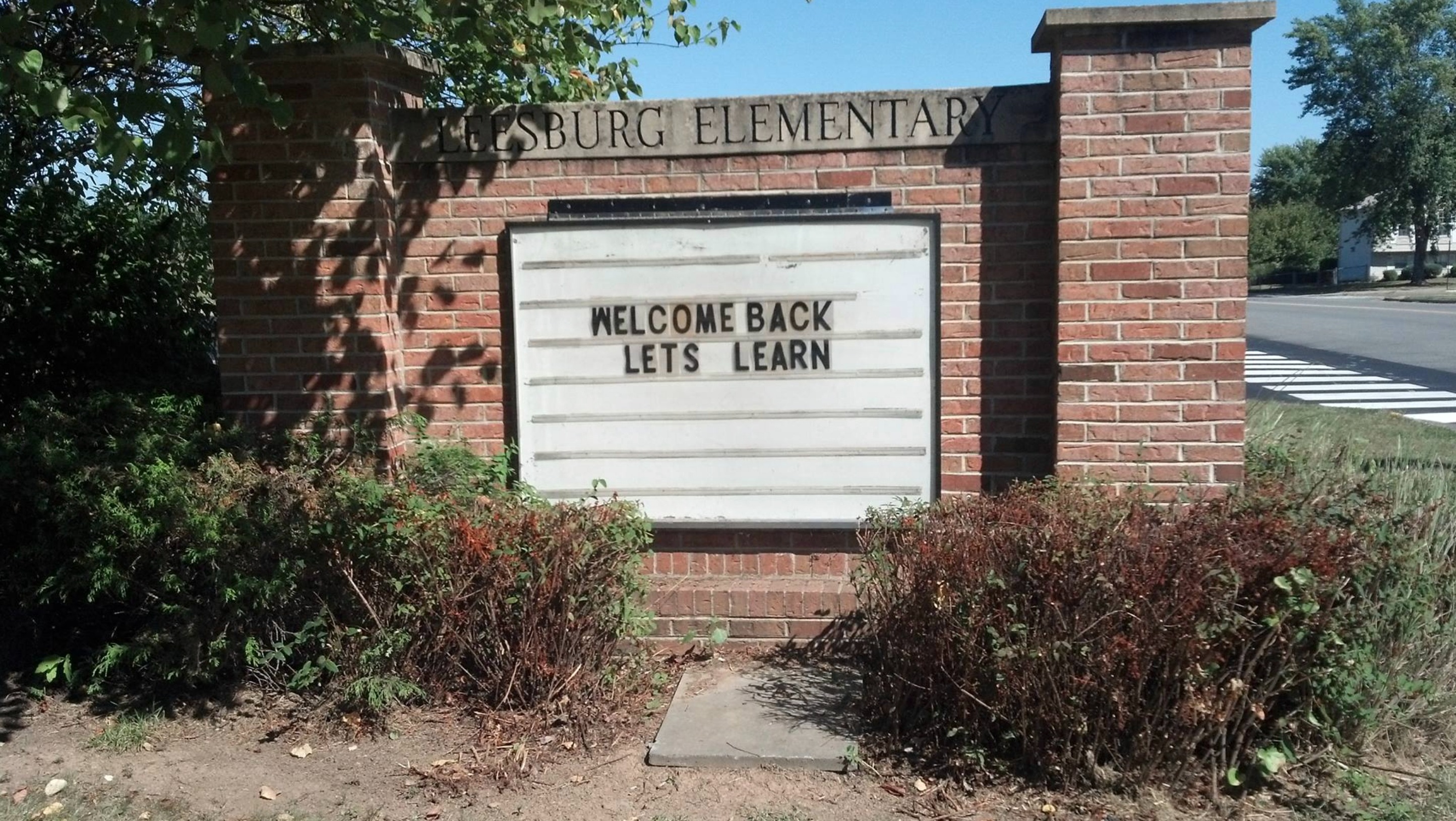 In the email that was sent Thursday, Principal Shawn Lacey said that Tanner Cross “is on leave beginning this morning. In his absence, his duties will be covered by substitute staff already working in our building."

Cross also told the school board that he doesn’t intend to hurt anyone, but school policies that “defile the holy image of God” and “damage” children should be denounced.

The school didn’t disclose the reasons as to why Cross was placed on leave, but the teacher’s wife Angela Cross said on Facebook on Friday that he was put on leave be he spoke out.

“We DO NOT CONDONE NAME CALLING or any other speech that does not stand on the truth of God’s word,” she said in the Facebook post. “As Americans, we believe that every American has the right to their beliefs, but NO AMERICAN HAS THE RIGHT TO IMPOSE THEIR BELIEFS ON OTHERS.”

“We spoke out first and foremost to protect the children and also to defend the first amendment rights of teachers and staff,” she wrote. 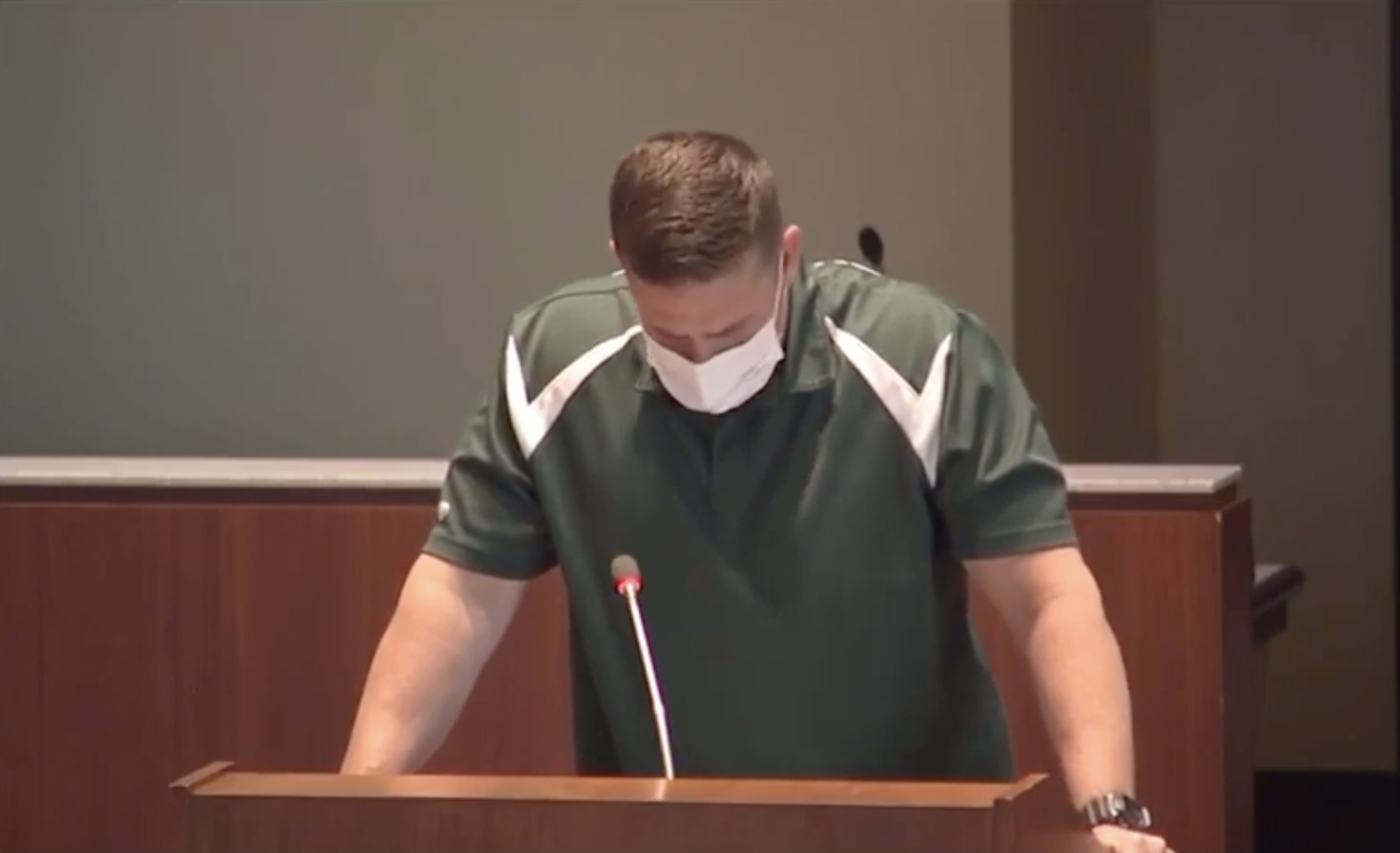 The school’s spokesperson Wayde Byard told Fox News that the decision to place Cross on paid administrative leave is not the principal’s.

The elementary school gym teacher referred to policy 8040 which required Loudon County staff to use preferred gender pronouns that reflect their gender identity.

"School staff shall, at the request of a student or parent/legal guardian, when using a name or pronoun to address the student, use the name and pronoun that correspond to their gender identity. The use of gender-neutral pronouns are appropriate,” the policy read.