Washington: A teenage American chess grandmaster at the centre of a cheating scandal likely had illegal assistance in more than 100 online games, an investigation by Chess.com has found.

It accused Hans Niemann, 19, of “blatant” and “rampant” cheating to improve his rating, noting a number of suspicious moves which suggested the teenager had used an online chess engine. 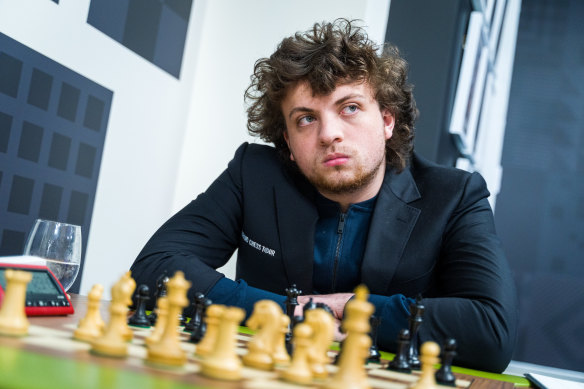 Carlsen, 31, from Norway, withdrew from the prestigious Sinquefield Cup in the United States after losing to Niemann.

Carlsen later said: “I believe that Niemann has cheated more – and more recently – than he has publicly admitted.”

He offered no evidence of Niemann’s cheating but said he was “limited in what I can say”.

Niemann has acknowledged cheating online twice, when he was aged 12 and 16, but says he has never played fraudulently in a face-to-face match.

“I would never, could even fathom doing it, in a real game,” he said previously.

He has even said he is willing to play nude to prove he is not using any hidden communications devices.

However, an investigation by Chess.com has concluded Niemann likely cheated in more than 100 online games, and as recently as 2020, the Wall Street Journal reported. 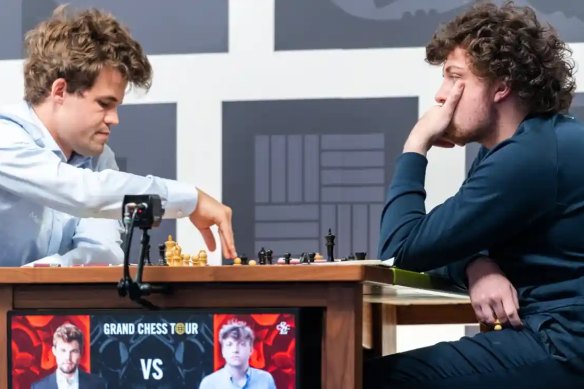 The platform, used by a number of top players online, hosts major tournaments for elite players with lucrative prize money.

It uses a variety of cheating-detection tools, including analytics that compare a player’s moves against those recommended by chess engines, which are capable of beating even the best players.

In the report, seen by the Wall Street Journal, Chess.com said it used a variety of cheat-detection tools, including monitoring players’ behaviour, such as whether they opened up other browsers while playing online, and comparing their moves against those recommended by chess engines.

The platform said it also studied players’ past performances and profiles as well as seeking input from analysts.

The improvement of Niemann, 19, has been “statistically extraordinary”, it concluded in its report.

According to the Wall Street Journal, the teenager first merited a ‘master’ title under the ELO rating system in late 2015.

But he did not reach grandmaster territory until late 2020, making him a relative late-bloomer among his contemporaries.

Chess.com’s report noted that the more than 100 suspect games included matches which involved prize money. Niemann was live-streaming the contests during 25 of them, the report said.

The platform noted that it has not historically been involved with cheat detection for classical over-the-board chess, and stopped short of any conclusive statements about whether Niemann has cheated in person.

However, it argued that, based on the data, several of Niemann’s strongest events “merit further investigation based”.

Niemann did not respond to a request for comment by the Wall Street Journal.

Chess.com is in the process of buying a chess app by Carlsen, the world champion who publicly accused Niemann last month. But the platform insisted Carlsen did not “directly influence Chess.com’s decisions at all”.

The platform said Niemann’s violations led Chess.com to close his online account. Niemann confessed to the allegations in a 2020 phone call with the platform’s chief chess officer, Danny Rensch, the report claimed.

The report also includes screenshots of subsequent exchanges between the pair in which they discussed Niemann’s possible return to the platform, which is permitted for players who admit their wrongdoing.

The platform said that, until now, it has handled its bans privately, as it did with Niemann in 2020. But it chose to deviate from that policy after Niemann last month publicly questioned why he had been banned from the platform’s Global Championship, a million-dollar prize event.

FIDE, chess’s world governing body, is conducting its own investigation, according to the Wall Street Journal.