A teenage nursery apprentice has been found guilty of 13 sex attacks and three rapes on infants in his care.

Jayden McCarthy, then 16, was only caught when a three-year-old girl told her mother McCarthy carried out a serious sex attack on her at a family-run nursery in Torquay, Devon.

Yesterday, McCarthy was convicted of three rapes and 13 sexual assaults by a jury after a two-week trial at Exeter Crown Court.

Sentencing was adjourned for a pre-sentence and psychiatric report to be prepared for July 23 and McCarthy was remanded on conditional bail.

McCarthy, from Brixham, Devon, was 16 years old when he was employed as a nursery apprentice in March 2019. He went on to attack toddlers in a two-and-a-half-week period four months later. 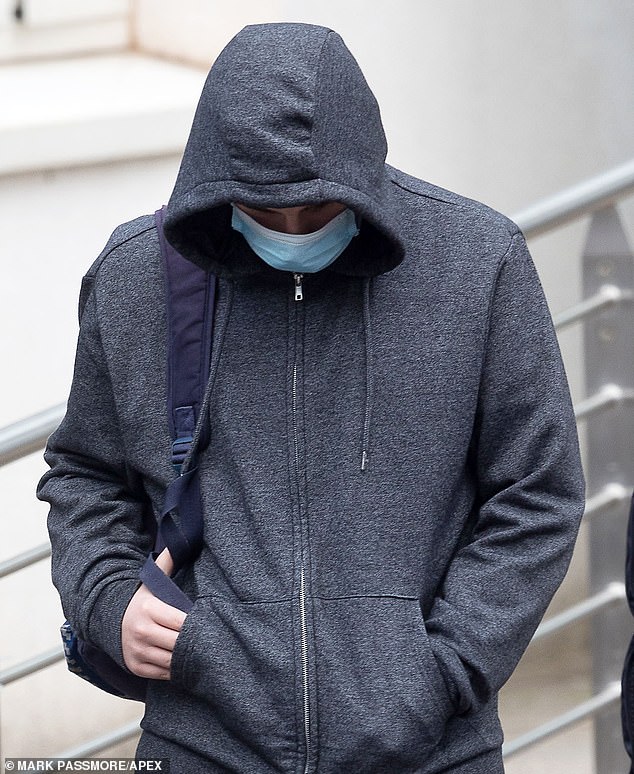 Jayden McCarthy (pictured today), then 16, was only caught when a three-year-old girl told her mother McCarthy carried out a serious sex attack on her at a family-run nursery in Torquay

McCarthy, now 18, got the job after providing references and being interviewed by the owners. He was not on any barring disclosure list because he had no previous convictions, cautions or reprimands.

But McCarthy came from a troubled background. His mother had mental health difficulties and he and his three siblings lived in a dirty house.

Their mother was often asleep and kept food hidden in bedroom drawers.

After the jury returned their verdicts, defence barrister Nick Lewin said McCarthy was himself ‘the victim of multiple sex offending as a very young child’.

Judge David Evans said: ‘You have been found guilty on the clearest possible evidence of grave sexual offences against young and very young children at a time when you yourself were a youth.

‘You face a substantial sentence of custodial detention.’ 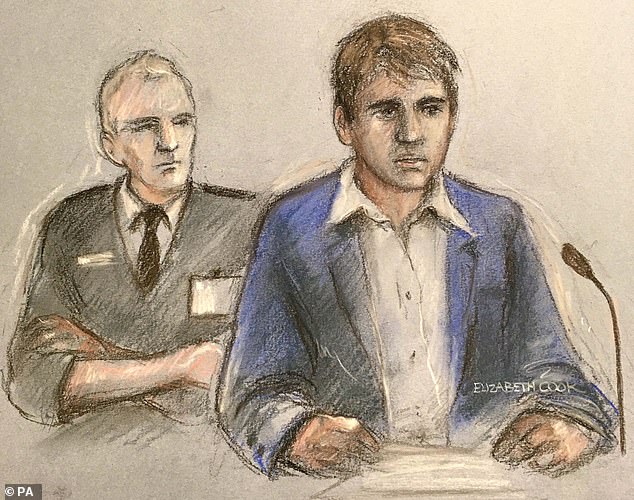 Yesterday, McCarthy (pictured in a court sketch) was convicted of three rapes and 13 sexual assaults by a jury after a two-week trial at Exeter Crown Court

Police officers examined 265 hours of CCTV from the nursery after the first report into his behaviour was made by a parent. McCarthy was then charged with a further 13 counts of sexual assault on seven other girls and one boy aged between two and four years.

After his arrest, another boy came forward to say that McCarthy had raped him in 2014.

Prosecutor Jason Beal told the jury the sex attacks varied from oral rape of one girl to sexual touching children over their clothing.

He said: ‘The assaults were not witnessed at the time.’

In July 2019 one mother contacted the nursery and the police after her daughter revealed what McCarthy had done.

Mr Beal said: ‘The defendant was caught on CCTV sexually assaulting children in various days over a period of 10th-29th July. There were eight children involved and they were aged between two and four.’

Clips of the abuse were shown to the court as McCarthy applied sun cream to the children, or sat with them in a room at the nursery.

The rape happened when he changed the little girl out of her wet clothes in a toilet area where there was no CCTV at the now-closed nursery.

Mr Beal said the sex assaults were ‘not isolated incidents’.

McCarthy’s lawyer told him not to comment in police interviews. But in a statement he denied touching children sexually for sexual gratification and denied being sexually aroused by young children.

He denied three charges of child rape and 13 of sexual assaults. Two of the child rapes concerned a boy at a different location five years earlier.

Her mother Pam said: ‘We never had any concerns about his performance or behaviour and no safeguarding concerns.’ 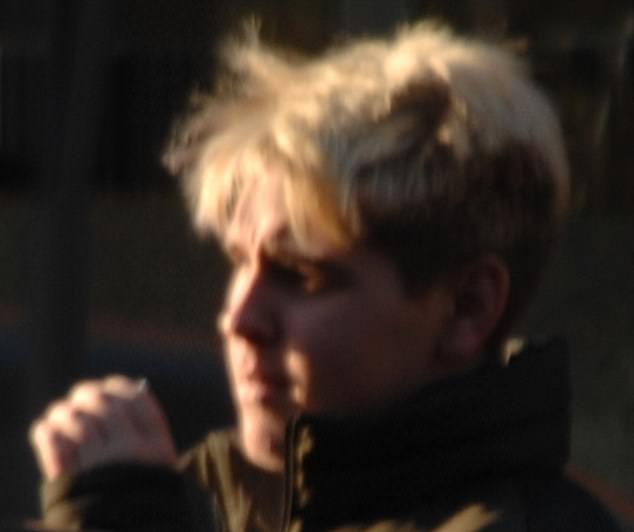 McCarthy’s lawyer told him not to comment in police interviews. But in a statement he denied touching children sexually for sexual gratification and denied being sexually aroused by young children. Pictured, McCarthy

The court heard McCarthy was immature and let children throw toys around and climb all over him – but they put this down to him being just 16 years old himself.

Giving evidence McCarthy claimed some of his own hand movements were him ‘scratching his own leg’.

In November 2019 – four months after the inquiry started – Devon and Cornwall police revealed 100 families had been contacted as part of a multi-agency response involving the police, Torbay Council, Ofsted and the NHS.

Detective Chief Inspector James Stock said the offences did not involve the taking or distributing of images – unlike the case of paedophile nursery worker Vanessa George from Plymouth, Devon, who was jailed for abusing an unknown number of toddlers.

The nursery could care for up to 52 children from new born babies to five year olds and the directors told the court that they had 22 staff members and were ‘always overstaffed and had more staff than required by law’.

They said any physical contact with children had to be ‘initiated by the child’ and that child abuse was the ‘worst type of offence’ for a nursery to face.