Terrified Danish family tell how they were attacked by drunk England fans on London bus after Wembley semi final after father was punched in stomach and son, nine, was forced to flee to top deck

A horrified Danish family have told how a ‘mob’ of drunk England fans ‘sucker-punched’ a father in the stomach as they travelled on a bus after the Euro semi-final.

Eva Greene, 43, was heading home from Wembley after England’s victory over the Danes on Wednesday when her husband was confronted by fans in East Dulwich.

The woman, who was with her nine-year-old son Henry, claims they were singled out by ‘drunk and aggressive’ England fans who spotted their Denmark shirts through the window.

She told The Standard: ‘We were sitting with a sleeping child when a crowd of people spotted our Danish T-shirts through the windows.

‘They started banging on the windows and the doors, screaming and yelling. They started filming us, it was uncomfortable and weird because we hadn’t engaged with them – we just wanted to go home.’ 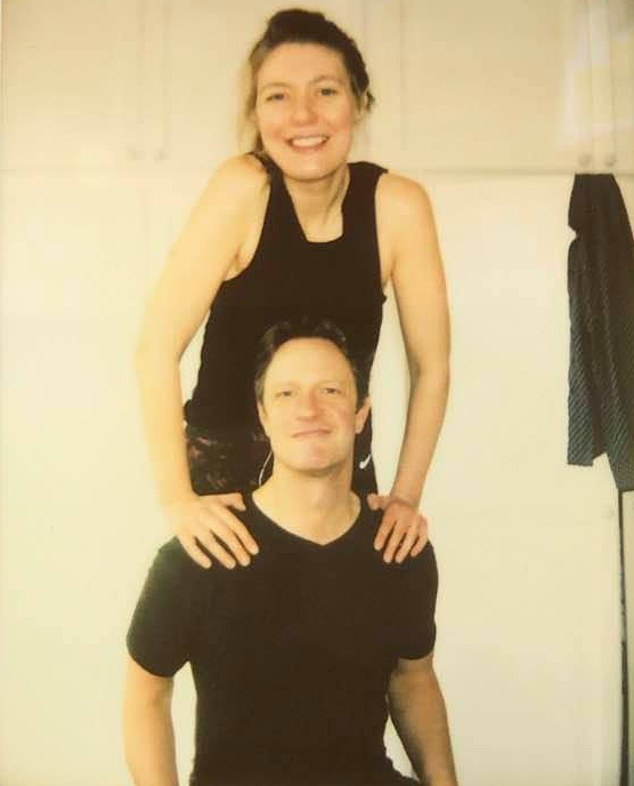 Eva Greene, 43, was heading home from Wembley after England’s victory over the Danes on Wednesday when her husband Lane (seen together) was confronted by fans in East Dulwich 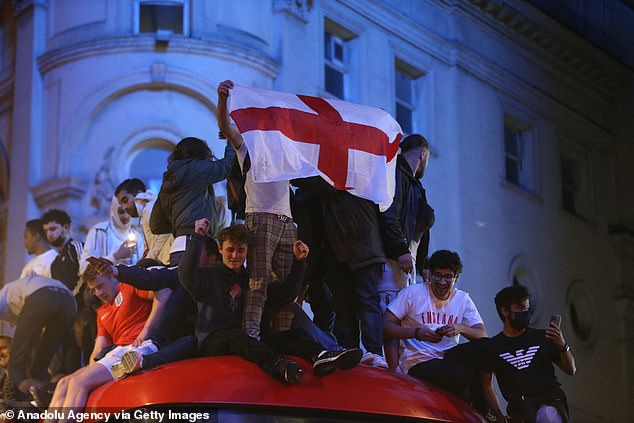 Ms Greene’s husband Lane, originally from the US, said the ‘frenzy’ began after ’50 to 100′ jubilant fans blocking the road ahead of them noticed their Denmark T-shirts.

After a dozen allegedly began ‘pounding on the bus window, giving me the finger’ and ‘jeering’, Mr Greene walked towards the open bus door to congratulate them on England’s 2 – 1 victory.

He said: ‘This drove what I can only call a mob into a frenzy that will depress me far more than the runt who came up and punched me when I couldn’t see him.

‘My wife came over and said the same: “Have a good night guys, I’m glad for your team” or something like that. This does not, I learned, make a mob of fans chastened: “Oh, that lady is being so nice.” It just escalated further.

‘My wife said “We’re just trying to get our nine-year-old home.” Then a couple of kind fans got between us and them.

‘One woman made a heart with her hands; another looked kindly at me and gently suggested I go back into the bus. I did. We drove off and I exchanged numbers with a witness.’

He added: ‘Forget the punch; I’ve been hit a lot harder in boxing. It was just a mass of humanity’s worst that I wish I could forget. I’ve loved so much about this country. 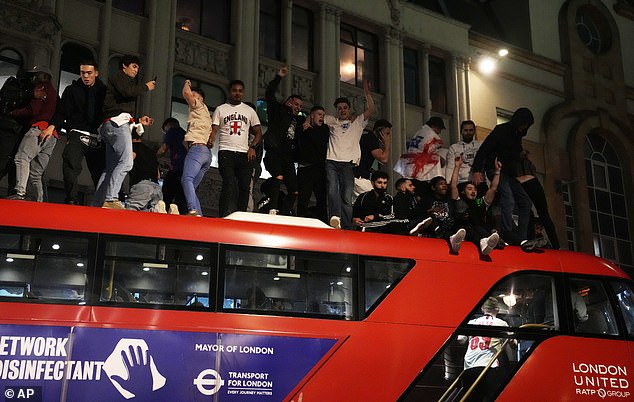 Ms Greene’s husband Lane, originally from the US, said the ‘frenzy’ began after ’50 to 100′ jubilant fans blocking the road ahead of them noticed their Denmark T-shirts

‘I leave in three weeks and this’ll be one of my last memories. It’s a shame.’

Ms Greene, who works as a digital communications officer, says her son Henry has grown concerned for how Italian fans could be treated on Sunday.

She said: ‘We’re hoping to persuade our kid to root for England on Sunday. One night of idiocy won’t undo six years of lovely friends and neighbours.

‘I hope the police will put precautions in place for Sunday, outside of Wembley.

A Met spokeswoman told MailOnline: ‘Officers are investigating an allegation of assault that is said to have occurred in Lordship Lane, East Dulwich on Wednesday, 7 July at around 23:50hrs.

‘A passenger on a bus is alleged to have been punched by a man who was part of a crowd of people blocking the road.

‘The victim did not sustain any lasting injuries and did not require hospital treatment.

‘The incident was reported to police online in the early hours of Thursday, 8 July.’