A CREEPY intruder has been caught on camera climbing through a children's bedroom window while two young sisters slept.

The girls' mom shared the footage taken in the early hours of Monday morning, adding: "My kids could have been kidnapped, killed." 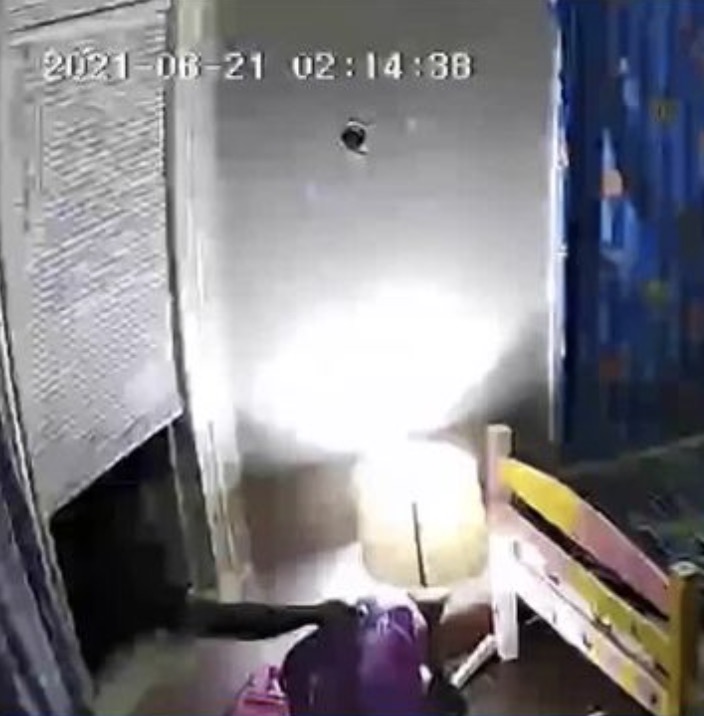 A security camera captured the moment the unidentified man removed the fan from a window before looking into the room where the children, aged three and four, slept.

He then climbed into the home before the camera shut off after he tripped the extension cord.

The children's mother – who did not want to be named for fear of her family's safety – said he then made his way into her room.

She told WCVB: "I don't know who would want to break into someone's house or harm anybody's kids but my daughters were sleeping right here. He walked right past my kids." 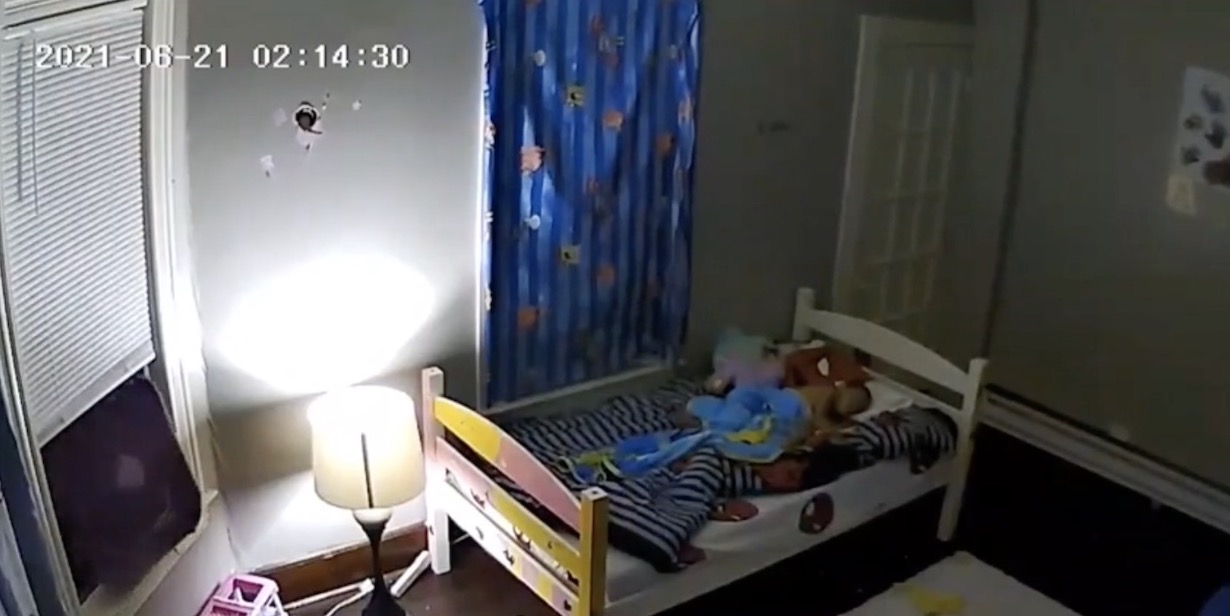 She added: "I had a feeling someone was watching me so I opened my eyes and seen a blurry figure walking towards the door."

The woman said she then grabbed a window blind to defend her family but the man left through the front door after stealing her cell phone.

She said her girls are now "scared" of "the boogeyman that came through the door", saying they "don't want to leave our sides."

The mom added: "I just feel like I just want everybody to be safe at night because with this guy still being out on the run we don't know who he is and it's scary."

The family had only moved into the home two weeks ago.

"How am I supposed to tell my kids it's OK to sleep at night? When really the streets aren't even safe at all. You're supposed to feel safe in your own home," the mom added.

Police in Beaver County, Pennsylvania, are investigating. No arrests have been made.