THIS is the moment a terrified tourist holds on for dear life after a glass-panelled bridge in China was wrecked by 90mph winds.

The walkway, located in the Piyan Mountain in the city of Longjing, reportedly saw its glass panels shattered by the extreme weather conditions. 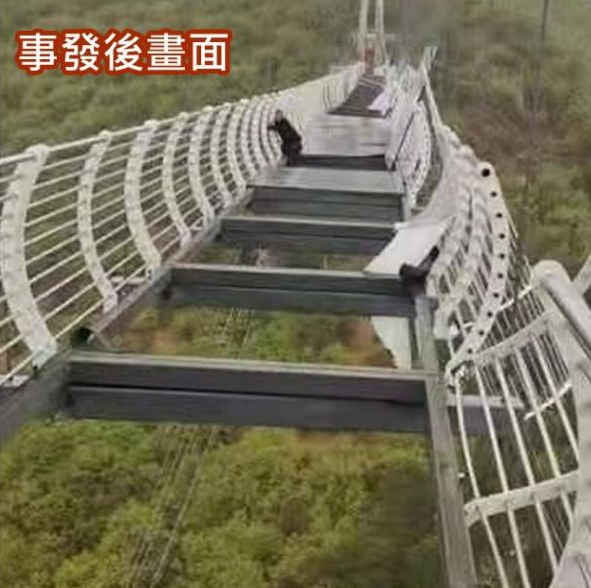 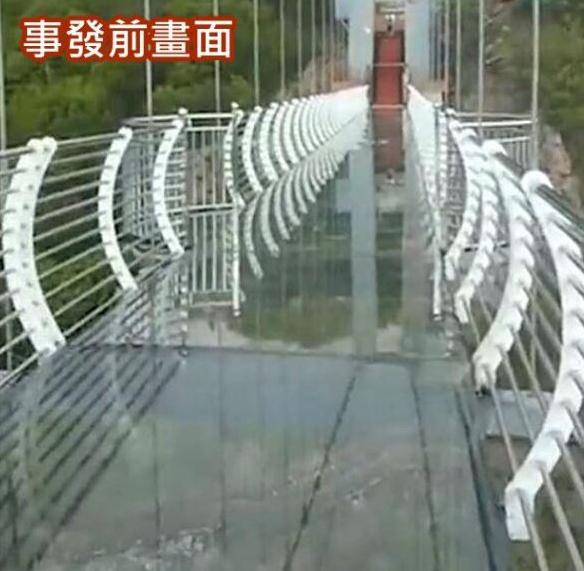 Now a picture has emerged of a man on Friday holding onto the railings of the bridge which is suspended 300ft in the air.

According to local media, the man was stuck on the walkway for a short time before being rescued by firefighters and police.

He was then taken to hospital where he received counselling.

The photo was first posted on Chinese social media site Weibo and has since been viewed millions of times.

Users shared their horror at the vertigo-inducing image.

One wrote: "This is basically one of my anxiety dreams played out in the real world.

Another posted: "This is terrifying."

The resort where the bridge is located was temporarily closed following the incident.