Despite buyer protests in China over recent Tesla (TSLA) price cuts on the mainland, it seems the move overall has been a huge hit for the EV maker.

Wedbush Securities conducted a survey of over 500 prospective EV buyers in China to gauge their reaction to Tesla’s price cuts. The results proved to be quite positive for Tesla’s prospects in the ultra-competitive EV market.

“Our survey found that 76% of EV Chinese consumers are considering buying a Tesla in 2023 with the nearest domestic competitors BYD in second place followed by Nio in third place,” Wedbush analyst Dan Ives wrote in a note to clients.

While Tesla’s China rivals like BYD, Nio, and Xpeng had strong success in China, Ives says Tesla remains the “car of choice” of prospective EV buyers in the new survey.

The prospects are even stronger for Tesla’s Model Y SUV following the price cuts.

“To this point, nearly 70% responded that the most recent price cuts have positively influenced their decision to more likely purchase a Tesla Y proving the price cuts have been a home run success out of the gates,” Ives said.

The results of the Wedbush survey are good news for Tesla, which suffered a tough sales month in China last month. While overall sales rose 2.4% in December year over year, the CPCA (China Passenger Car Association) reported Tesla sales for the month fell a whopping 41%. Tesla does not break out its sales results by region. 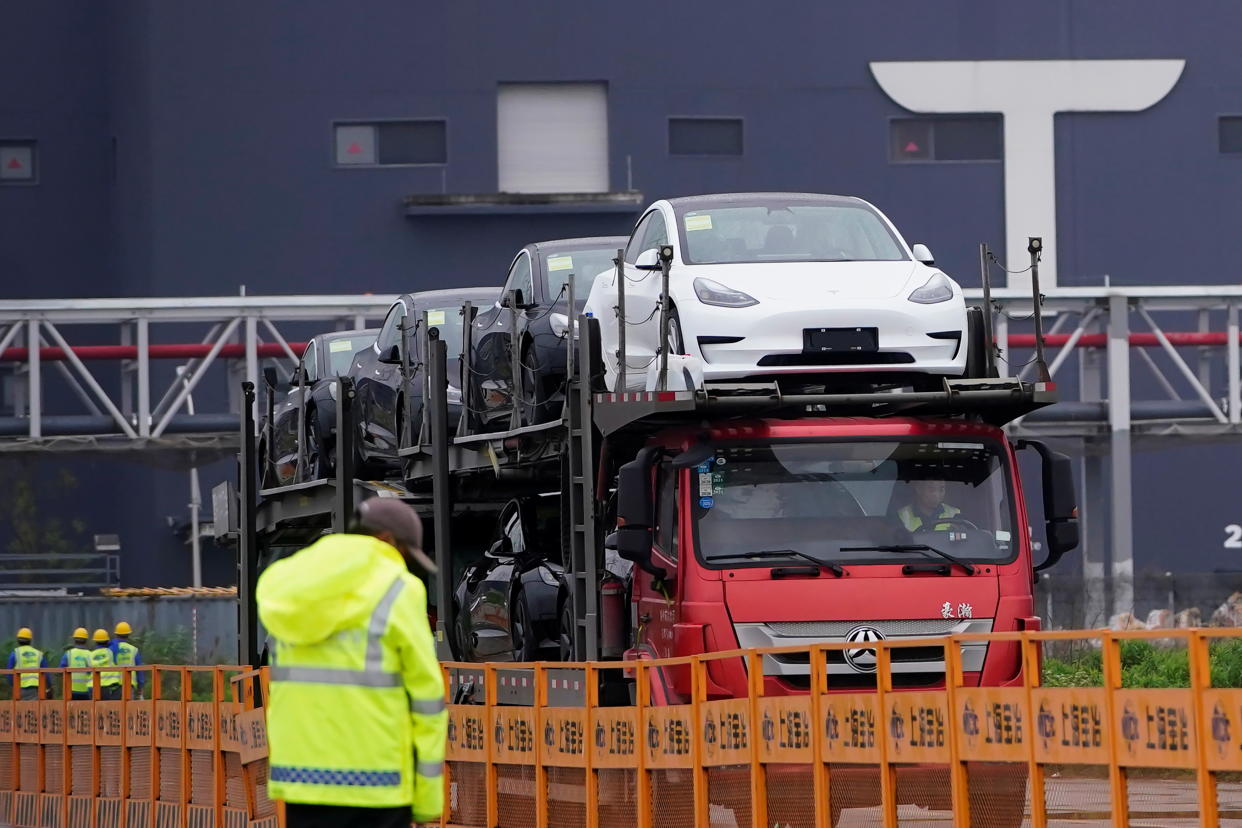 The CPCA further noted that January will be a “weak” month for overall sales in the region due to the Chinese New Year. The timely results of the Wedbush survey gives some good news for Tesla bulls and investors ahead of what could be another down month for Tesla in China, with anticipation building that better sales results are on the way despite a competitive marketplace.

The next big test for Tesla and its shareholders will be next week, when the automaker reports fourth quarter earnings results after the bell on Wednesday.

Click here for the latest stock market news and in-depth analysis, including events that move stocks

Download the Yahoo Finance app for Apple or Android