The ice axe used to murder Trostky, a lipstick pistol, an exploding lump of coal, a waterboarding table and a tree stump listening device: Fascinating artifacts are unveiled at DC spy museum

The axe used to murder Trotsky, a tree stump listening device and a lipstick pistol are to go back on display at Washington’s famous International Spy Museum.

Due to re-open Sunday, after moving to a new building to double its floor space, the showplace is a collection of more than 7,000 spy objects purchased from former secret service members by collector Craig Melton, a naval veteran and engineer.

Among treasures housed in the museum are a camera for peering through walls, an exploding lump of coal, and a Great Seal of the US, given by Soviet children, that hung in a US ambassadors office for seven years before a listening device was discovered inside.

It has been one of the capital’s most popular attractions since it first opened in 2002. 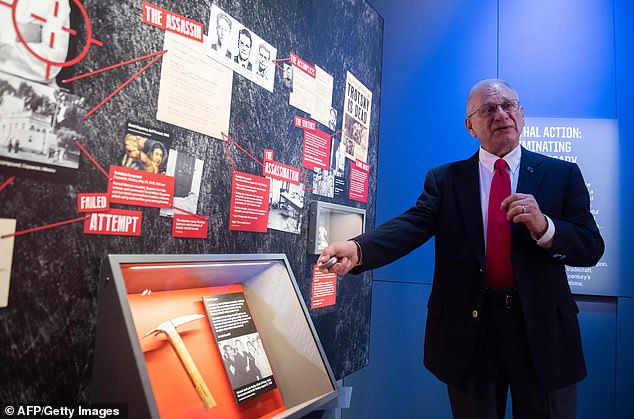 The ice axe that was used to murder Leon Trotsky in 1940 is to go back on display alongside several other artifacts when the museum re-opens on Sunday. The museum was begun by Keith Melton (pictured) who collected artifacts from spies 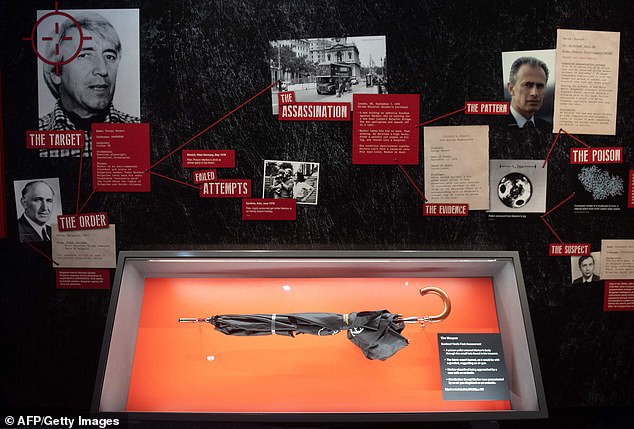 After being closed to move to a new location, the museum is set to re-open on Sunday. It contains more than 7,000 artifacts including a lethal umbrella (pictured) that could be used to murder dissidents in a similar way to Georgi Markov

New additions since the closure include a 1980s Amber surveillance drone, a British World War II one-man submarine and a section of the CIA/MI6 tunnel that penetrated East Berlin in the 1950s which allowed the US to listen in to Soviet communications.

There is also an aerial surveillance camera for attaching to a pigeon, and a transmitter hidden behind a shield with the US emblem that was given as a gift by Russian schoolchildren.

A 1960s silver coin also had a suicide needle concealed within it for use by Francis Gary Powers, the U2 spy plane pilot shot down by the Soviet Union in 1960.

Historical encryption machines, including the Enigma, are also on display alongside an exploding lump of coal, pills for sedating barking dogs and a sketchbook of a KGB agent that operated undercover in New York in the 1950s.

‘The objectives of spies have not changed over the centuries,’ said Craig Melton, whose massive collection of espionage gear is the core of the museum.

‘The only thing that has changed is the technology, and how they accomplish the objectives.’ 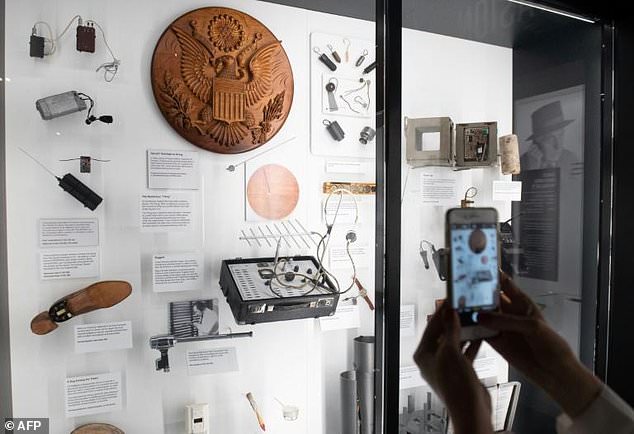 After visiting the US embassy in Moscow a group of Soviet children gave the ambassador a Great Seal of the US as a gift (pictured). When it was removed from the office wall in 1952, a remarkable listening device was discovered inside

The museum also contains exhibitions on china’s theft of US secrets and technology alongside a display on how Westerner’s took tea cultivation know how from China.

There are also tests for visitors, to help them discover if they would make a good spy.

They take the role of CIA analysts in 2011, wrestling with the issue of whether to advise President Barack Obama to bomb Abbottabad, Pakistan, which was possibly housing Osama Bin Laden.

And, with a waterboard on display and a video discussion of actual participants, there is a disquieting debate on the CIA’s use of torture after 9/11. 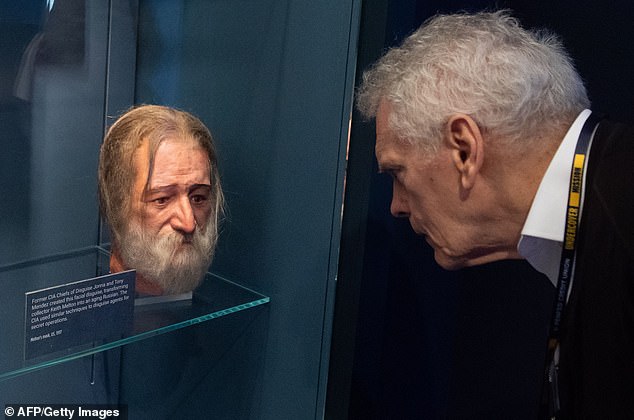 The CIA’s chiefs of disguise, Jonna and Tony Mendez, created this disguise to transform Melton into an ageing Russian 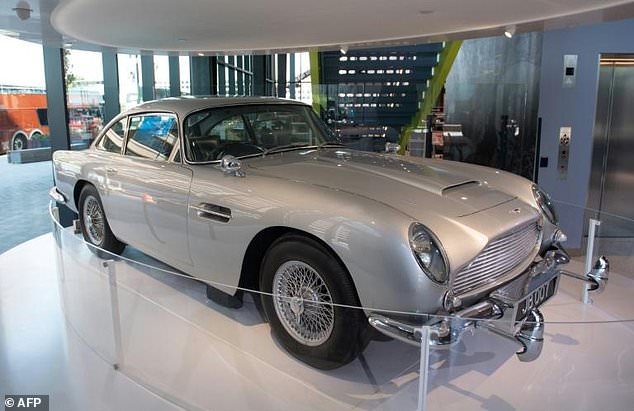 Discussing how the artifacts were collected, Melton said: ‘As the wall fell in Berlin, I was there.’

Weeks after the Soviet Union collapse he also traveled to Moscow, in December 1991.

‘I went and knocked on the door of KGB headquarters and said I’m here to buy spy equipment,’ he said.

The pride of his collection is gruesome, but he spent four decades seeking it: the ice axe that Joseph Stalin’s assassins used to murder Leon Trotsky in Mexico in 1940, in the climax of an intense three-year intelligence operation.

Melton is hugely proud of the new museum, but somewhat wistful about the new digital age, in which computer technology has replaced many espionage tools.

‘I think we are past the golden era of spy devices. This is now the most powerful spy device in the world,’ he said, pointing to his smartphone. 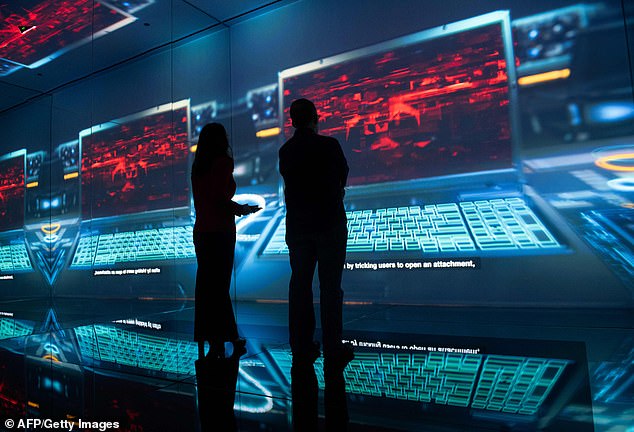 Exhibitions challenge visitors to work out what they would do when confronted with a real life spy situation. For example, advising President Barack Obama whether or not to bomb Abbottabad, Pakistan, in 2011, where Osama Bin Laden may have been housed

SPY ARTIFACTS AT THE MUSEUM 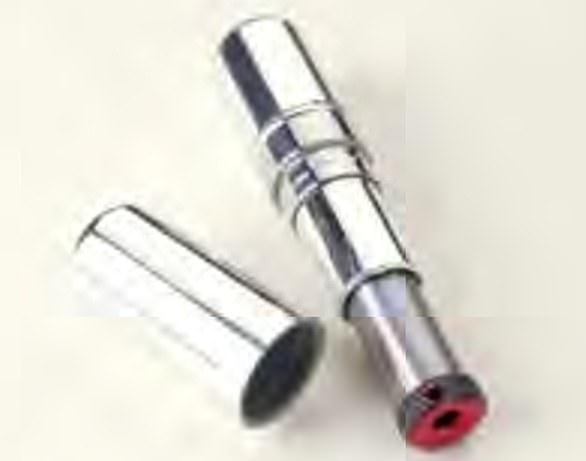 A lip-stick pistol, that may have been used by a spy, on display at the International Spy Museum in Washington 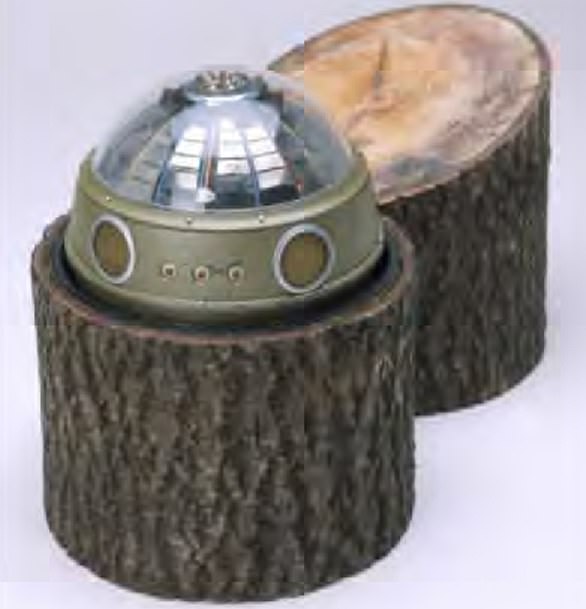 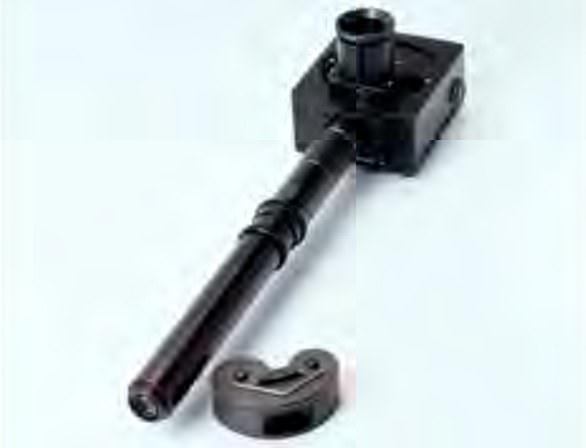 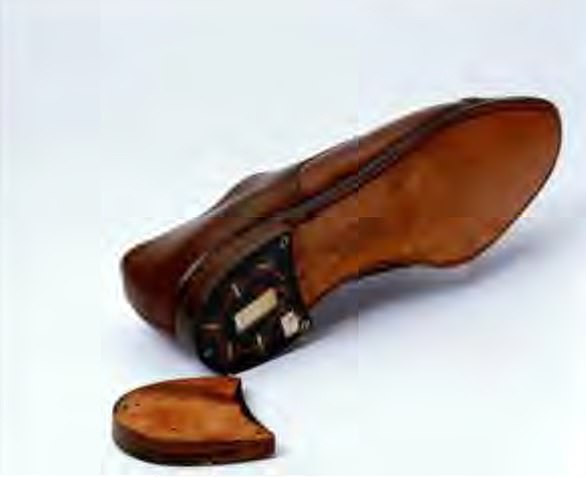 A shoe with a transmitter placed within its sole, which was identified to have come from the Soviet Union in the 1960s 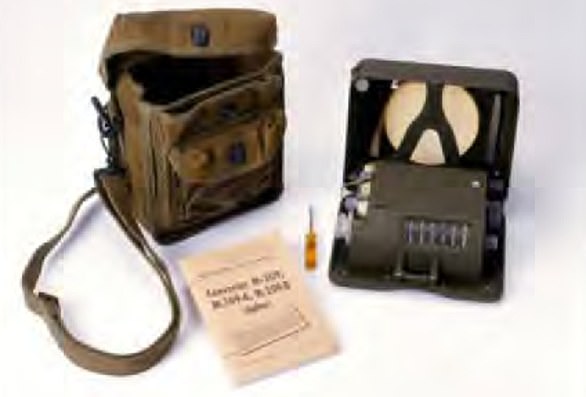 A 1943 US army M-209 Cipher Machine that was acquired by Melton, who sought out and befriended spies in order to purchase their equipment 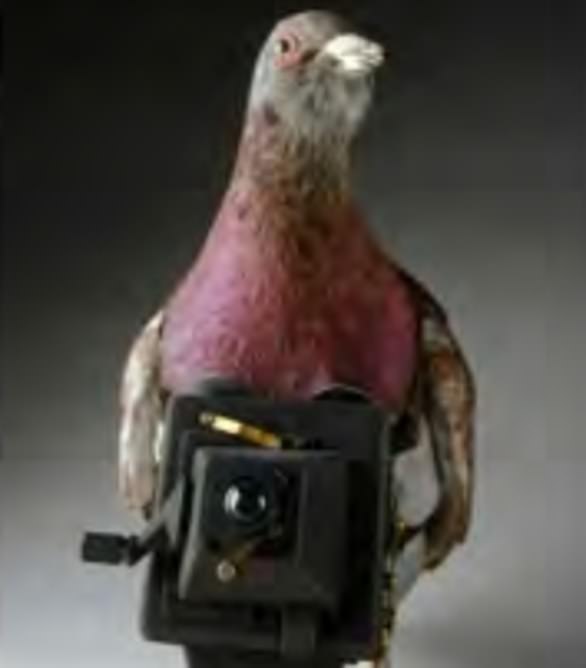 An aerial surveillance spy camera, from 1917-18, that could be attached to a pigeon

A Jeffersonian cipher device that dates back to 1790. The museum also has a letter from General George Washington instructing his officers to spy on the British