The big clean-up starts on Friday! Environment minister George Eustice rallies the nation to take up arms and tackle huge surge in Covid litter after lockdown as the Mail tackles blight of discarded masks

Litter-pickers across the land were yesterday urged to mobilise this Friday to tackle the huge surge in Covid rubbish since lockdown measures were eased.

It came as the Environment Secretary urged the public to pull together to defeat the menace.

George Eustice said the increase in socialising outside had left the nation’s parks and beaches inundated with rubbish.

He called on the ‘great determination’ of communities to help clean up Britain as he threw his weight behind the Daily Mail’s Great British September Clean campaign, in conjunction with Keep Britain Tidy, which starts next Friday. 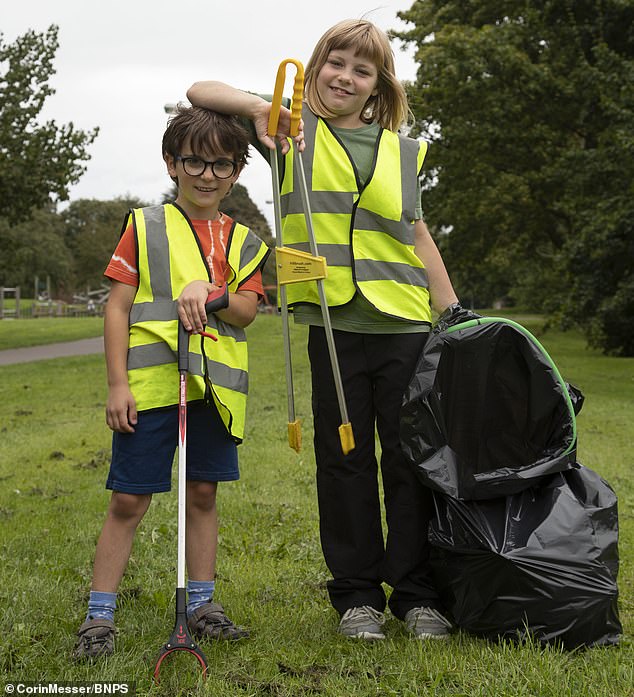 Litter-pickers across the land were yesterday urged to mobilise this Friday as part of the Mail’s Great British September Clean to tackle the huge surge in Covid rubbish since lockdown measures were eased. Pictured: Florence, nine, and Harrison Parson, five, after a successful pick in Birchfield Park in Yeovil, Somerset

The sight of fast food wrappers, empty bottles and face masks strewn across landscapes has become a familiar one since Britons flocked to beauty spots post-lockdown.

The Mail is asking the public to help stamp out this surge in Covid litter by taking part in our September Clean.

Between next Friday and September 27, we are encouraging everyone to get together and help pick up rubbish.

Go with the Flo and stop dropping your masks 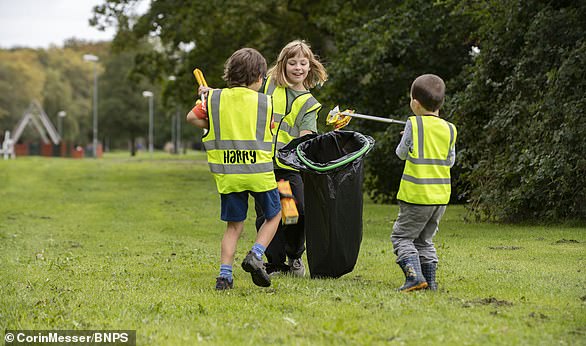 Litter stars Florence, nine, and Harrison Parsons, seven who have been helping to pick up litter with their friend Connor Roberts, five, in the area around their home in Yeovil , Somerset

At just nine, Florence Parsons has already been litter picking for five years.

But the young eco warrior says she has never seen her town of Yeovil as messy as it has been since Britain came out of lockdown.

Mother Jude Parsons, 44, said: ‘In an hour’s litter picking we easily pick up between 20 and 40 pieces of PPE, including disposable masks, gloves and even the full plastic visors.

‘Whenever we pass another mask, Florence just goes “urgh! Here’s another one”.

‘She’s fed up. We’ve even picked up around 15 fabric masks in the last few weeks which people have just ditched.’

Florence says she wants to be a council worker when she is older so she can ‘sort the problem out’.

Mr Eustice said: ‘Having grown up on a farm, I know the harm that this littering can cause to animals and wildlife – but I also know there is great determination within local communities to stamp it out.

‘We have all wanted to spend more time outside in recent months, but we must now all come together to protect our environment.’

Mr Eustice added that he was concerned by the amount of single-use face masks littering the streets.

He said: ‘Face coverings and PPE are playing a vital role in preventing the spread of the virus. 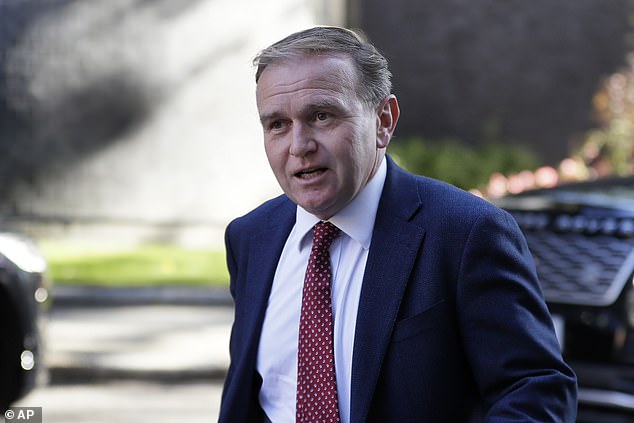 ‘It is incumbent on us all to make sure these are binned properly, and it is concerning to see an anti-social minority forget this or wilfully ignore their impact on their community.

How we can all help out

The Mail and Keep Britain Tidy are encouraging the public and businesses to help pick up litter between September 11 and September 27.

To comply with coronavirus guidelines, stick to small groups of up to six, observe social distancing rules and use litter pickers and thick gloves where possible.

Volunteers should also wash their hands thoroughly before and after clean-ups and carry hand sanitiser if possible.

You should only pick up what you can store in your home bin unless you have arranged with your council to collect full bags. Litter should be tied up in strong waste sacks.

Everyone is welcome to get involved in the Great British September Clean and there are no age restrictions on who can help out.

However individuals who are currently shielding, in ‘at risk’ groups or displaying symptoms of the coronavirus should not litter-pick and follow government guidelines to self-isolate.

You can get involved in the country’s biggest mass clean-up in two ways:

1. Pledge to pick. Whether it’s only 15 minutes while you walk the dog, or while you get away from your home office for a leg stretch, you can feel good about taking care of the environment.

2. Host a clean-up with up to five other people from your household or social bubble, maintaining a safe distance.

Afterwards, share your message of support on social media and encourage others to get involved in the Great British September Clean.

Visit keepbritaintidy.org/ gbseptemberclean to pledge to pick or register and to find advice about organising a safe clean-up.

‘Councils now have the power to issue on-the-spot fines of up to £150 for littering, but we all need to play our part in looking after our environment and keeping our streets and green spaces free from this unnecessary blight.’

Deputy chief executive Richard McIlwain called on Mail readers to get involved in the clean-up, adding: ‘We need people to understand the impact their littering behaviour has, on people and on our environment, as well as the massive costs involved in cleaning up after them.

‘It is so important that people do their bit and pledge to pick for the Great British September Clean, not only to help rid our country of the litter that blights it but also to send a clear message to the minority that leave their rubbish behind that their behaviour is thoughtless, selfish and unacceptable.’

Environmental charity Surfers Against Sewage said coronavirus had caused a new wave of pollution, with an ‘explosion’ of plastics and masks on beaches and in rivers.

It said many businesses had been relying on single-use plastics to deal with the pandemic.

Strict hygiene regulations during the pandemic have also led to a spike in ‘Covid litter’.

Britons are using wet wipes, face masks and bottles of antibacterial gel to keep themselves protected from the virus. But the single-use materials are being left strewn on beaches and in parks and waterways.

Surfers Against Sewage spokesman Jack Middleton said: ‘Since lockdown has started to be lifted we’ve witnessed a new wave of plastic pollution littering our beaches.

‘We’re used to seeing plastic bottles and bags when we’re surfing but this new type of plastic pollution is something that no-one could have foreseen.’

The Government says it is committed to reducing single-use plastics, and is looking at whether PPE can be reused safely.

The Great British September Clean is encouraging everyone to hit the streets, parks and beaches in the fight against litter.

The Mail has mounted many successful environmental campaigns.

This newspaper’s Turn the Tide on Plastic, Be a Tree Angel, and Curb the Cups movements have helped bring real change to Britain’s landscapes by winning the war on waste.

We also successfully pressed for the plastic bag levy that has slashed the number going to landfill by billions.

By XANTHA LEATHAM FOR THE DAILY MAIL

Jaguar Land Rover pledged earlier in the year that its huge workforce would take part in the annual litter pick.

The clean-up had to be postponed for several months due to the pandemic but is now back on track.

Jaguar Land Rover will ask its 38,000 employees to get involved in keeping their local environment clean, either individually or in small groups with family and friends. 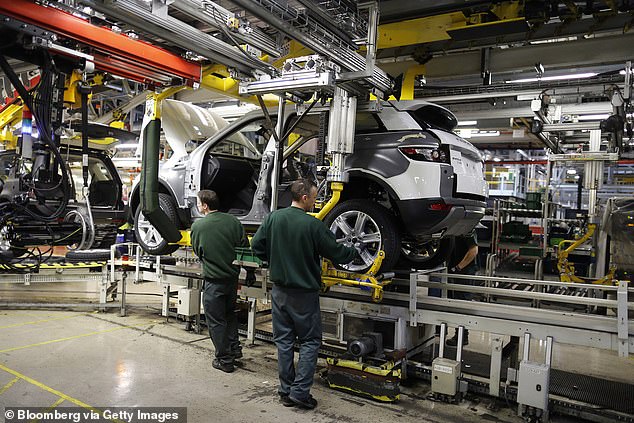 Jaguar Land Rover will ask its 38,000 employees to get involved in keeping their local environment clean as part of the Great British September Clean

It will send out internal messages to all staff encouraging them to do their bit – even if it is just for 15 minutes – and to spread the word about the campaign as widely as possible.

The Great British September Clean doesn’t officially start until September 11 but some have already rolled up their sleeves.

Adrian Price, the firm’s Solihull plant operations director, was joined by colleagues yesterday to pick up litter at the start of the working day.

He said: ‘Having a positive impact on the communities we are a part of is integral to Jaguar Land Rover’s “destination zero” mission – our ambition to make our societies safer and our environment cleaner. 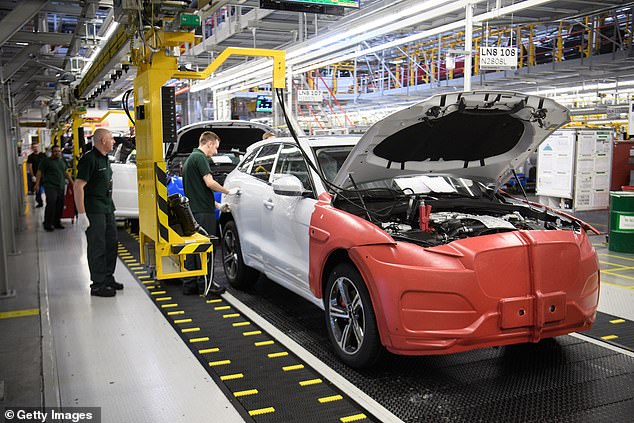 ‘We’re delighted to take part in the Great British September Clean and I’m really proud of the contribution and positive impact our colleagues can make.’

Earlier this year the company’s chief executive, Sir Ralf Speth, said his colleagues could make a ‘real difference’ by joining in.

The campaign, organised by Keep Britain Tidy and backed by the Daily Mail, has been endorsed by Boris Johnson, the National Trust and even the Wombles of Wimbledon Common.

Earlier this year more than a million pledged to take part in the Spring Clean – a record-breaking number – before it was postponed.