The Environment Secretary has praised Daily Mail readers as she hailed progress towards the first global treaty to cut plastic pollution.

Therese Coffey said the Mail’s Turn the Tide on Plastic campaign is leading the way in efforts to tackle the scourge.

Representatives from more than 160 countries met in Uruguay last week to lay the groundwork for a legally binding global treaty on pollution. They will meet again in Paris in the spring, hoping to conclude a legal text by the end of 2024.

The UK is one of 50 members of the High Ambition Coalition, which is pushing to end all plastic pollution by 2040.

The Daily Mail launched Turn the Tide on Plastic in 2008 to reduce levels of plastic pollution.

It has included campaigning for levies on single-use plastic bags in supermarkets, which led to reductions of more than 90 per cent in their use, as well as bans on microbeads in cosmetics and single use plastic straws. 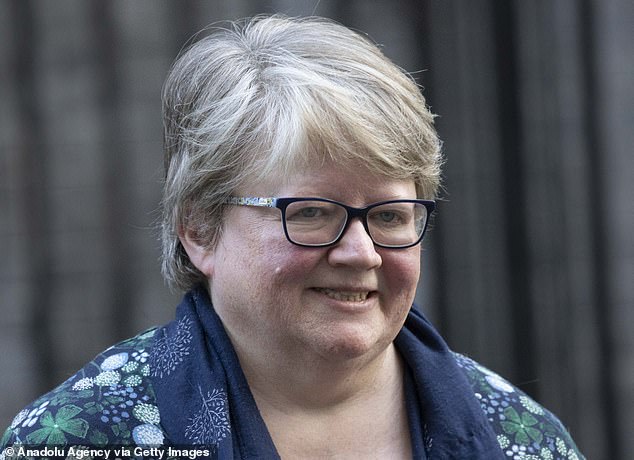 Miss Coffey said: ‘Daily Mail readers have been a vital voice in the campaign for action on plastic pollution and the Government has listened.’

The second session of the Intergovernmental Negotiating Committee (ING) is scheduled for Paris in April next year.

The planned timetable is for a legally-binding treaty to be concluded by the end of 2024, but there are hopes it can be done sooner.

The need for a treaty has become pressing as almost 13 million tons of plastic enter the ocean each year.

Land-based sources are considered the dominant origin of plastic litter in the marine environment, accounting for 80 per cent of plastic leaked into the ocean by mass.

Around 5 per cent of all plastic entering the ocean washes up on beaches, 1 per cent remains floating on the sea surface and the remaining 94 per cent ends up on the seabed.

Greenpeace has warned that big oil producing countries will attempt to slow down any progress on limiting plastic pollution.

Graham Forbes, Global Plastic Project Lead at Greenpeace USA, said: ‘We cannot let oil producing countries, at the behest of big oil and petrochemical companies, dominate and slow down the treaty discussions and weaken its ambition. If the plastics industry has its way, plastic production could double within the next 10-15 years, and triple by 2050 – with catastrophic impacts on our planet and its people.

‘The High Ambition Coalition must show leadership by pushing the negotiations forward and calling for more ambitious measures which protect our health, our climate and our communities from the plastics crisis.

‘The Global Plastics Treaty is a major opportunity to finally end the age of plastic, and governments should not let this go to waste. We demand that world leaders deliver a strong and ambitious treaty that will dramatically reduce plastic production and use, open inclusive and justice-centered discussions, and ensure that the next INCs are free from industry interference.’