An angry mob hurled abuse at police officers and threw planks of wood at them as they were attempting to seize a Lamborghini.

Police officers pulled over the £159,925 sports car in the Harehills area of Leeds after it drove off from a traffic stop on Wednesday.

Shocking footage shows a large group hurl abuse at the officers, who are trying to impound the Lamborghini Urus. 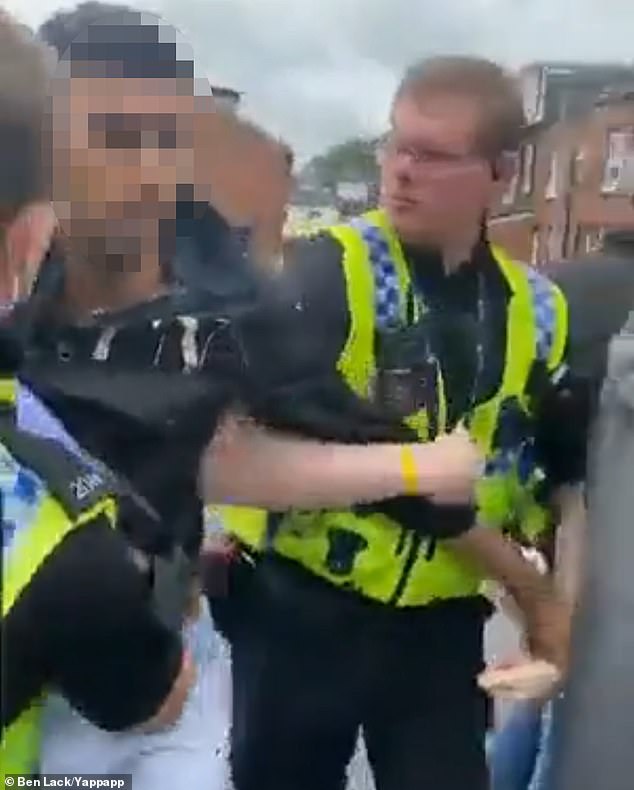 An angry mob hurled abuse at police officers who were trying to impound a £159,925 Lamborghini in the Harehills area of Leeds on Wednesday 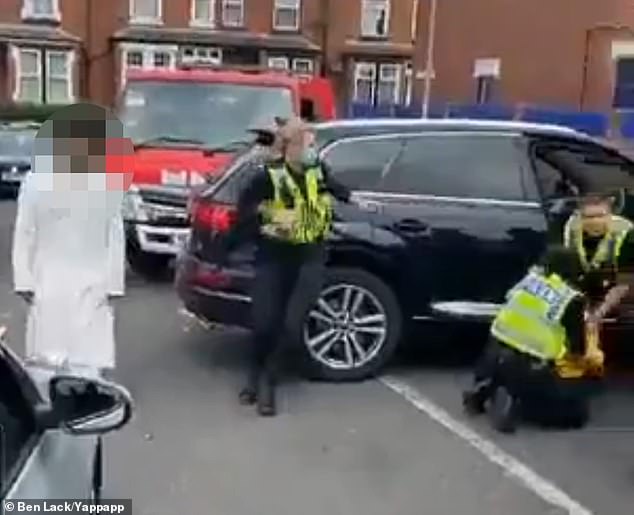 Shocking footage shows a group of locals ignoring the police’s commands to ‘get back’ and shout at the officers before throwing objects, including wooden planks, at them

In the video, a man is heard saying to officers ‘you have got no respect for this area’ as the high-performance vehicle is seized.

One man is restrained by two police officers as someone is heard yelling ‘Don’t f***ing touch me’.

The group continue shouting as police drag a woman wearing a yellow hoodie from a black Audi and arrest her.

A man says ‘what the f*** are you doing?’ as officers form a ring around the woman and urge people to ‘get back’.

The angry crowd continue to shout abuse at the police and even begin hurling objects, including wooden planks, at the officers.

Some officers are seen drawing batons and Pava spray on certain members of the crowd, as other police officers arrive to assist.

In the footage, the arrested woman is later seen inside a police car as a bystander shouts ‘let her out’ and ‘you f***ing idiot’.

West Yorkshire Police confirmed that two people were arrested, with a 31-year-old woman charged with assaulting an emergency worker and a 26-year-old man charged with public order offences. 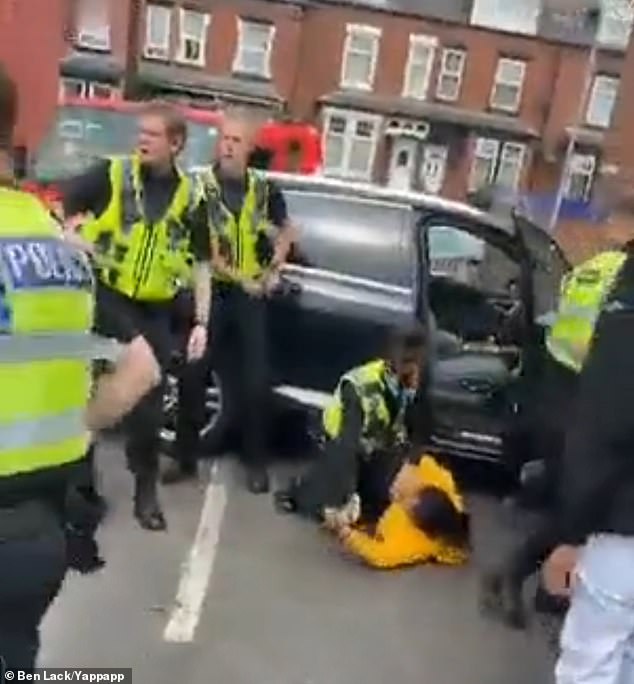 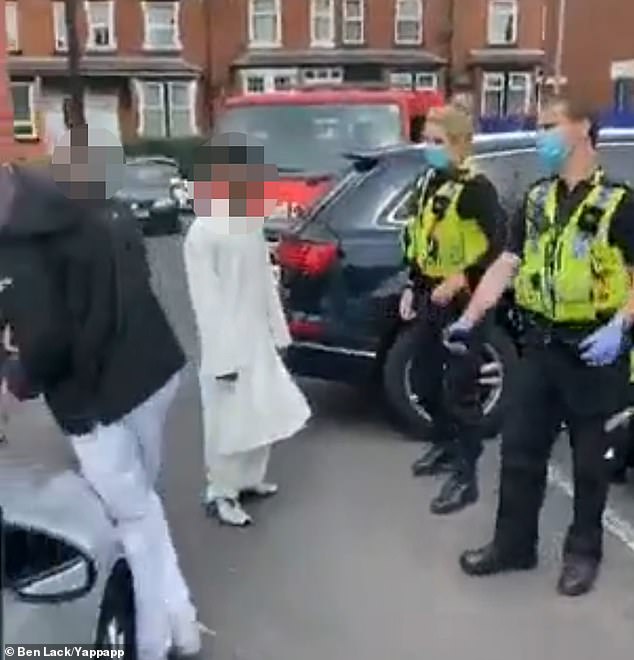 A spokesperson said: ‘Assaults on police officers and other emergency workers are completely unacceptable and West Yorkshire Police will continue to support its officers and staff, who are the victims of such crimes, while doing everything we can to see that those responsible face the consequences of their actions.’

On Saturday, a West Yorkshire Police spokesperson told The Sun a hired Lamborghini had driven away after being stopped by officers.

The vehicle was found on Alcester Road at around 10.30am on Wednesday.

The spokesperson said: ‘As officers were recovering the vehicle a crowd gathered and attempts were made to stop them including blocking the Lamborghini in by abandoning an Audi Q7.

‘Pieces of wood were thrown and two officers were assaulted and spat at but not injured.

‘A 31-year-old woman was arrested and subsequently charged with two counts of assaulting an emergency worker, obstructing police and driving without due care and attention. She is due to appear at Leeds Magistrates Court on October 14.

‘A 26-year-old man was arrested on suspicion of affray and subsequently charged with public order offences to appear at Leeds Magistrates Court on August 20.’

Both vehicles were eventually seized and taken away by recovery trucks.