Toby Carvery has launched a new Yorkshire pudding filled with ice cream and chocolate sauce which is dividing opinions across the country.

The controversial dessert is being claimed as a world-first by the carvery giant who is serving the traditionally savoury staple with ice cream and mint Aero bubbles.

The Mint Aero Ice Cream Yorkie was launched as a limited edition treat until September 4 to raise money for the National Society for the Prevention of Cruelty to Children (NSPCC).

However, to either the delight or concern of Toby Carvery fans across the country, the sweet Yorkshire pudding will be staying on the menu, the Sun reports.

The dessert is described as ‘Ice cream, cream, chocolate sauce and Aero Bubbles stacked high in our homemade Yorkshire puddings’. 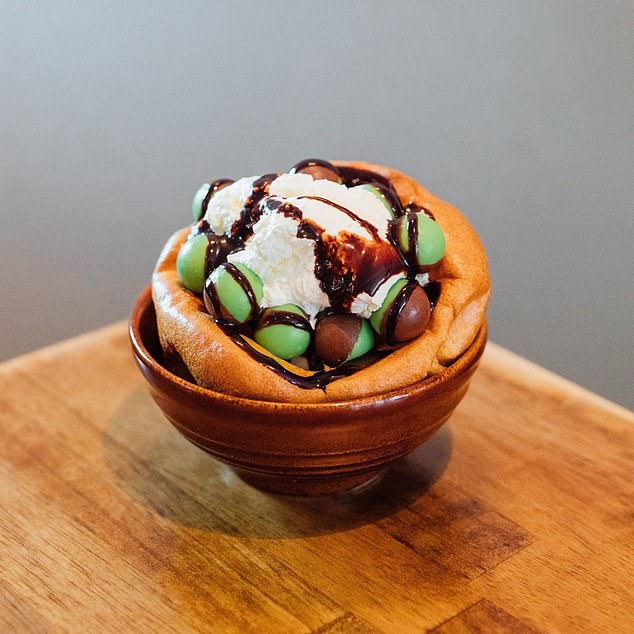 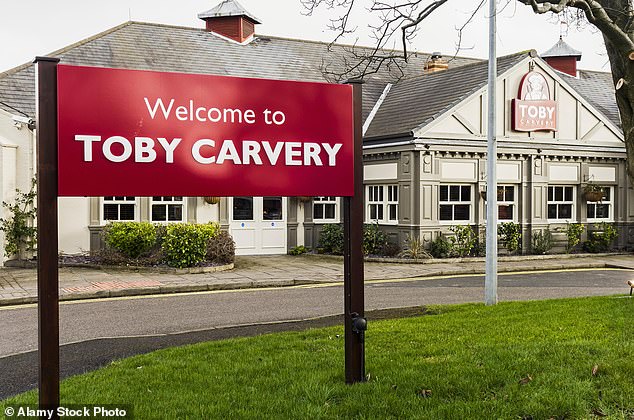 Toby Carvery said: ‘With our Yorkies being a family favourite, we couldn’t wait to add it to our menu.’

Toby Carvery said: ‘With our Yorkies being a family favourite, we couldn’t wait to add it to our menu.’ 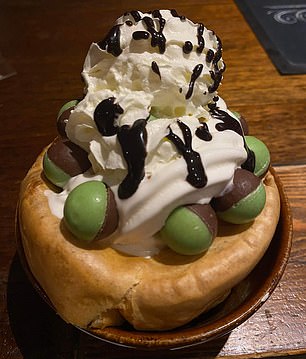 But some carvery lovers have taken a swipe at the dessert. One user, referring to the mint Aero balls, said: ‘I thought they were peas’.

Meanwhile another said: ‘Mint aero is my fave, and I love Yorkshire puddings …. but something about this just doesn’t sit right with me’.

A third said: ‘No thanks like my yorkies with gravy not chocolate’.

And a fourth simply added: ‘Oh stop it thats hideous’.

However, there were a few Toby Carvery fans who were eager to see what all the fuss was about.

One person even provided first-hand experience. She said: ‘I was a little cautious before [trying it] but it was awesome, thank you!’

Another said: ‘I was not into this idea but then my 6yr old boy said ‘try something new mummy’.’

And another pointed out: ‘Yorkshires and pancakes are literally the same thing just cooked in a different way.’

This was echoed by another fan who said: ‘Cant believe how few people haven’t had left over yorkies as a kid with jam or syrup? It’s only pancake mix cooked in the oven?’.