A toddler had his epic tantrum put to a stop when his auntie mimiced his crying after he took to the floor in hysterics.

The little boy from Nigeria threw the sulk due to his toy Winnie the Pooh not staying on the back of his tricycle but when his auntie makes fun of him he quickly regains self-control.

The footage begins with the boy crying and screaming as he takes to the floor and the woman asks repeatedly ‘why are you crying.’ 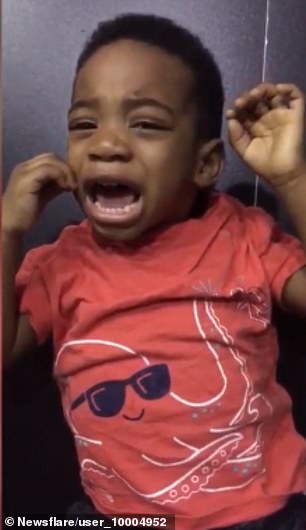 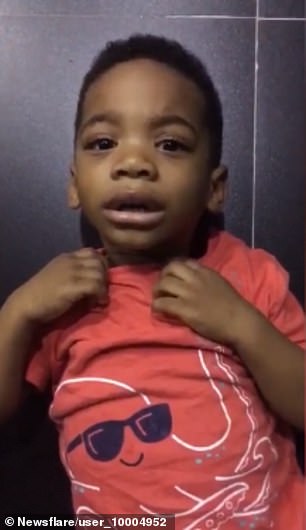 Left: The Nigerian toddler (pictured) was in hysterics on the floor during the epic tantrum. Right: His auntie then mimics his crying and screaming leading the toddler to look confused

When he doesn’t answer and shows no sign of being done with the tantrum, his auntie suddenly starts screaming and fake crying herself.

As soon as this begins the boy goes quiet and stares up at her quizzically.

The woman then starts laughing as the boy gets increasingly confused by the incident.

He eventually gets up and walks off as she carries on laughing about the fact he doesn’t know how to react.

The child’s auntie explained: ‘He tried to get Winnie the Pooh to sit at the back seat of his tricycle but Mr Pooh fell off… next thing, he was on the floor.’