As many as 10 dogs and puppies have been found ‘half dead’ after being left in vans on a ferry while crossing the Channel on the hottest day of the year, sparking outrage from the public.

The animals – some of which were Labradors – were discovered being transported during the hour-and-a-half journey between France and the UK in the 40-degree heat yesterday.

Today, following outcry on social media, a transportation company responsible for the shipment apologised for an ‘error of judgement’.

Daisybrook Kennels and Transport Services were shipping the animals from Germany through France to England when the shocking find was made. 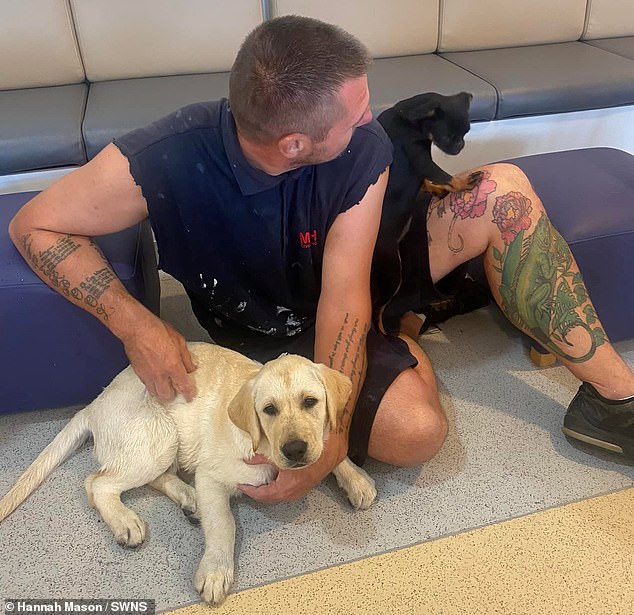 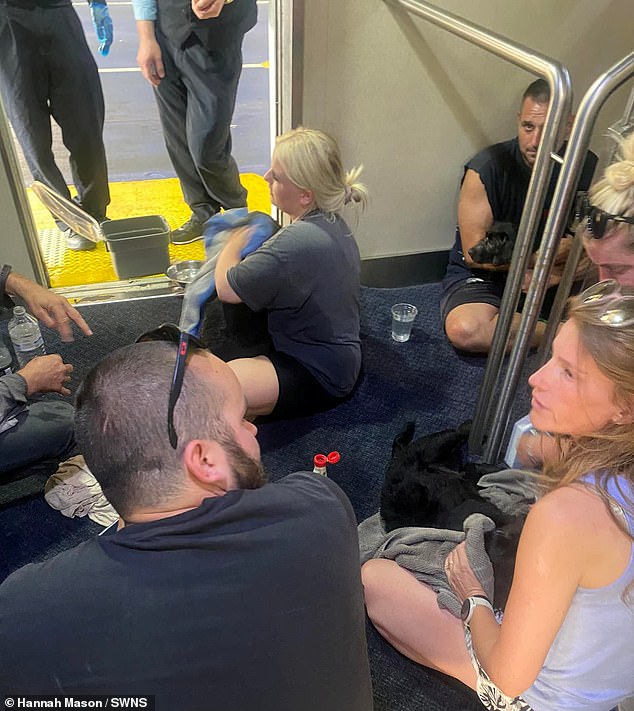 When the circumstances became clear, a string of passengers raced to help the suffering animals, bringing them water and cooling cloths

Hannah Mason, from Whitstable, Kent, was travelling on the P&O ferry from Calais with her family yesterday when chaos broke out in the car hold.

She said: ‘As we were getting back in the car, a lady sprinted past me looking for a member of staff. As I turned around there was a yellow Lab on the floor looking almost dead.

‘I thought it was somebody’s pet that had reacted to the heat, but when I went to help another man told me that there were 10 of them in two vans.’

When the circumstances became clear, Ms Mason and a string of other passengers raced to help the suffering animals, bringing them water and cooling cloths.

The mother-of-three added: ‘We were quite literally holding their heads up and feeding them with water bottles.

‘Some of them couldn’t even lift up their own heads, they were half dead.’

Soon after the discovery was made, P&O staff got involved in the rescue efforts, taking the least affected puppies up to the dog-friendly zone of the ferry, while the captain spoke to the owner of the company, Daisybrook Kennels and Transport Services.

Ms Mason said: ‘The staff were absolutely fantastic, I must say, they were incredibly helpful and when I asked them ‘you’re not going to let these people leave with the dogs are you?’ they were insistent that they wouldn’t.

‘DEFRA arrived and took the dogs away to the vets. I don’t know how they are doing.’

Following outcry on social media, the owner of Daisybrook Kennels issued an apology.

He blamed a ‘combination of events’ that delayed the vans from catching a 5am ferry, only managing to get the 5.35pm ship, which was then delayed by another 45 minutes to allow passengers from a cancelled ferry to board.

Both vans were carrying dogs from Europe destined for England, including four litter puppies from Germany.

The owner anonymously wrote: ‘Yesterday was the worst day of my life. For all that know me and the love for the babies that I travel with, I cannot explain the devastation I feel.

‘We parked the two vans up in the shaded area in the ferry hold, which seemed cool and that is where I am guilty of making a huge misjudgement.’ 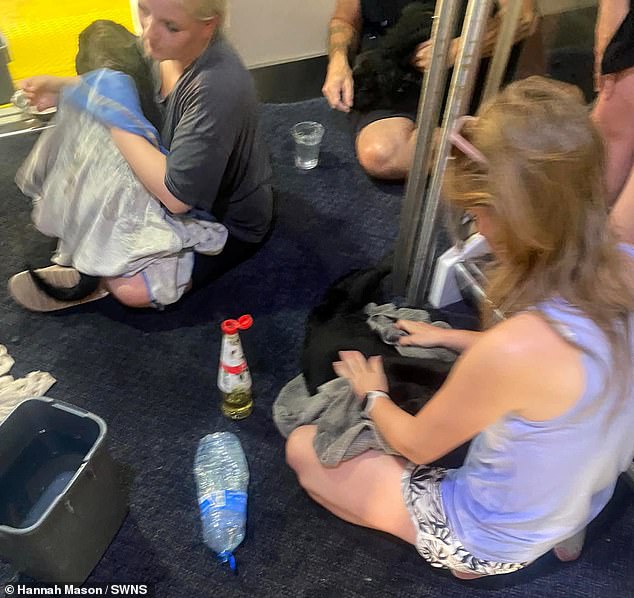 Of the 10, three were extremely ill due to the heat, although all were taken to the vets as a precaution

After the dogs were discovered, DEFRA boarded the ship to take them to the vets, accompanied by the van drivers.

Of the 10, three were extremely ill due to the heat, although all were taken to the vets as a precaution.

The company spokesman added: ‘We stayed at the vets until 1.30am this morning and the vet, who was absolutely fantastic, came to tell me that the three were stable and all should be able to go to their homes today.

‘I can’t express the gratitude I feel for the selfless help that I received from all involved, including ferry staff, DEFRA, passengers and the staff at the vets. Also to the new owners of the babies who have all been very understanding.

‘I cannot explain my sorrow for what my error of judgement has put the babies through and also their owners who trusted me. I’m going to take some time out, which I should have done after my cancer surgery. 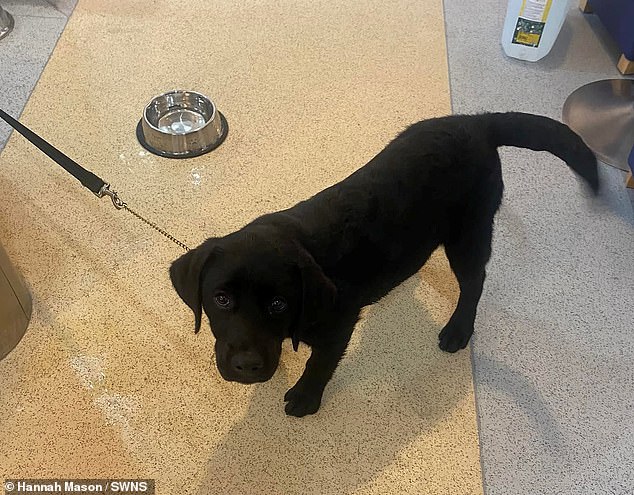 ‘I honestly do not know if I can continue with this or if anyone would wish me too. This is not what I set out to do as the babies have always come first.’

P&O Ferries said staff did all they could for the dogs while on board the ship.

A spokesman said: ‘We would like to make clear that we insist on the highest possible standards of animal welfare on all of our ships.

‘As soon as the captain and crew found out that dogs were in distress, they did everything possible to help.

‘Every responsible dog owner chose to use our dedicated pet lounge, which we made free of charge for all pets.

‘P&O Ferries are delighted to hear that the dogs are now recovering and we will continue to welcome pet owners onboard our vessels.’