Former President Donald Trump’s presidential campaign was ordered to pay $1.3 million in legal fees Tuesday to former White House aide Omarosa Manigault Newman after he accused her of breaking a nondisclosure agreement with a tell-all book.

A court arbitrator ordered the massive award after Trump unsuccessfully sued the former “Apprentice” star over her 2018 book, “Unhinged,” which came out a year after her firing from the White House. Trump contested that a nondisclosure agreement she signed while working for his campaign in 2016 prohibited her from disclosing “confidential information.” 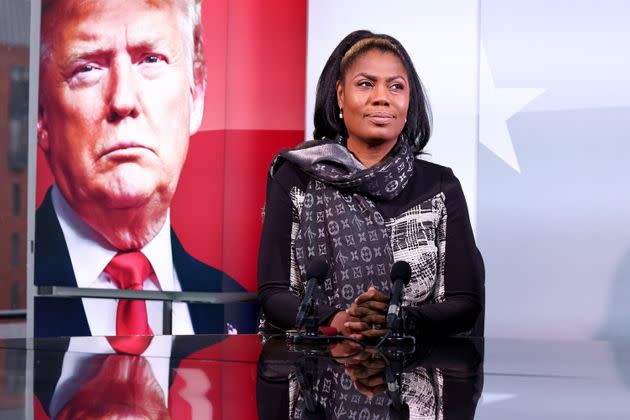 A court arbitrator on Tuesday ordered the presidential campaign of former President Donald Trump to pay Omarosa Manigault Newman $1.3 million to cover her legal fees over a lawsuit that was filed over a tell-all book she published. (Photo: Paul Morigi via Getty Images)

Arbitrator T. Andrew Brown said the agreement was too vague to be enforced, however, and last September ruled that Trump would have to pay Manigault Newman’s legal fees. That total on Tuesday came out to $1,310,873.

“We will remove golden toilets if we have to to collect the $1.3 million, plus interest,” her attorney, John Phillips, tweeted Wednesday while celebrating the arbitrator’s decision.

Manigault Newman also celebrated the award on Twitter while calling it a “David vs. Goliath” moment.

Trump and his campaign did not immediately comment on the order.

This article originally appeared on HuffPost and has been updated.