The friends were swept out to sea after one jumped from the harbour wall into the River Axe in Axemouth, Devon and began to be pulled into the ocean, with the other jumping in to save him.

After being alerted to the young boys in the water the volunteer crew of Lyme Regis RNLI launched a rescue.

The two boys named Archie Woollacott and Bozhidrar Bobev got caught by the current after Archie jumped from the harbour wall into the River Axe and was pulled out to sea.

Bozhidrar, known as Bo, jumped in after his friend in an attempt to save him but was also washed away.

After being alerted at 6.20pm the lifeguards were with the boys within ten minutes.

As the dingy reaches the boys a crew member shouts ‘Are you OK’ to which the boys both respond yes.

But as the boat approaches them it is very clear the two boys are desperate to get out of the cold water. 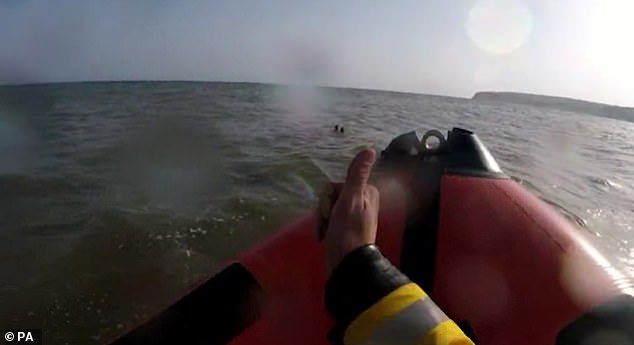 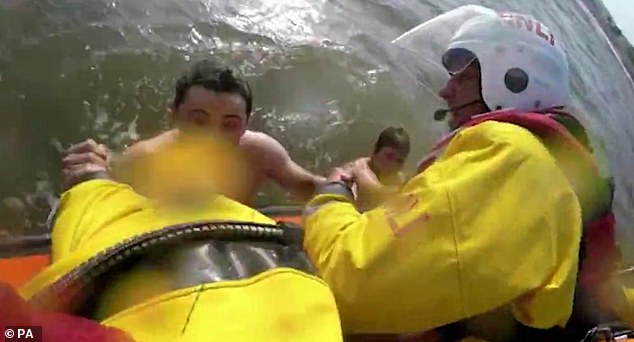 They cling onto the dingy with one boy named Archie telling rescuers he feels light headed.

As the boys scrabble to pull themselves into the boat a rescuer says:  ‘Take your time now, relax’

Asked how long they have been in the water Archie says: ‘About ten minutes maybe, I don’t know.’

Rescuers slowly pull them into the boat where they reassure them they have done everything right by staying together in the water.

One rescuer can be heard saying: ‘You lad’s alright? You did the right thing you stayed together. 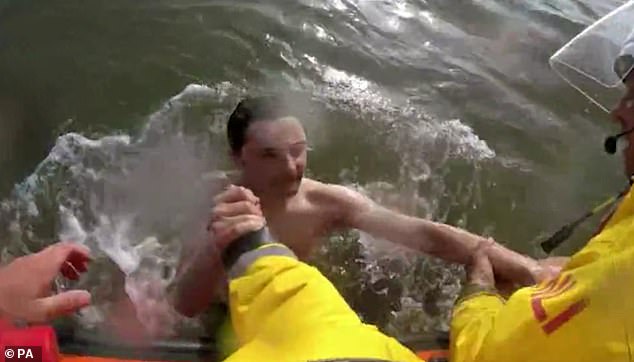 Archie Woollacott, 14, says he feels light headed as he is pulled from the cold water

‘I you had separated we would have had to have found two separate people so you did the right thing, you did nothing wrong.’

The boys are warmed up with emergency thermal blankets and airlifted onto the beach, where medics checked them over before sending them to Exeter hospital by land Ambulance for a check up.

Archie told Bridport News: ‘Bo is a really good guy for helping me. I was freezing, and my mum has now told me I can’t go out for ten years! I was really pleased to see the lifeboat crew.’

Archie’s mother Emily Legg said: ‘We are so grateful to the lifeboat crew and, of course to Bo, who will be on our Christmas list for ever.’ 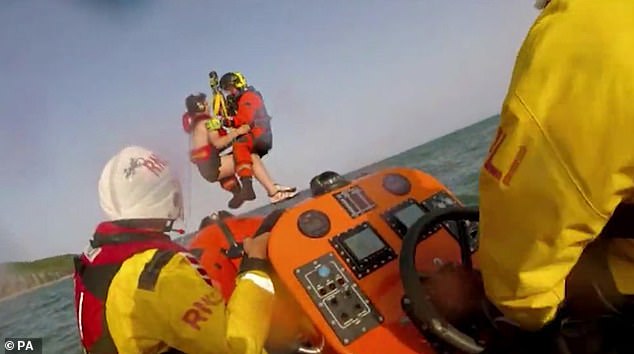 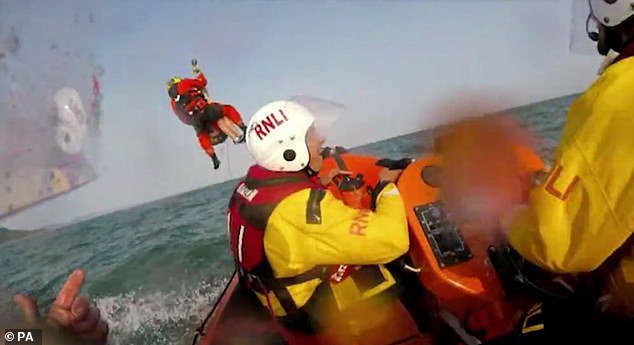 Two children diced with death in the huge waves – on the same stretch of Devon coast where two men were swept to their deaths the day before.

Eyewitnesses were concerned to see two youngsters being knocked off their feet by the surf at Oddicombe Beach in strong winds on Friday afternoon. 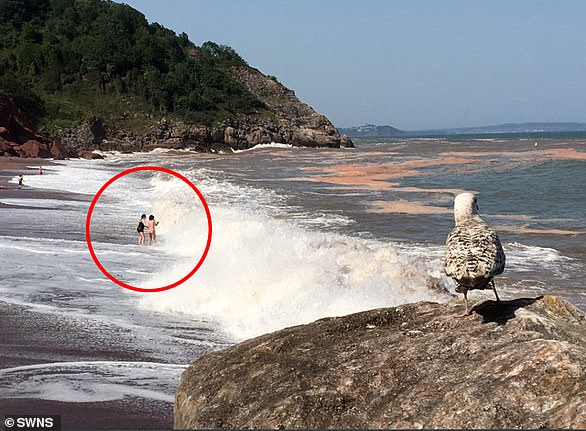 Two children, thought to be under six, were left unattended on the Oddicombe beach

An eyewitness who pictured the two children – believed to be aged under six – said their parents were sitting further up the beach.

They said: ‘The waves at Oddicombe Beach were huge.

‘I made sure they were safely getting up the beach each time a wave came in.

‘We only left after we’d seen the little girl get knocked down by a wave and then helped back on to her feet by her slightly older brother. 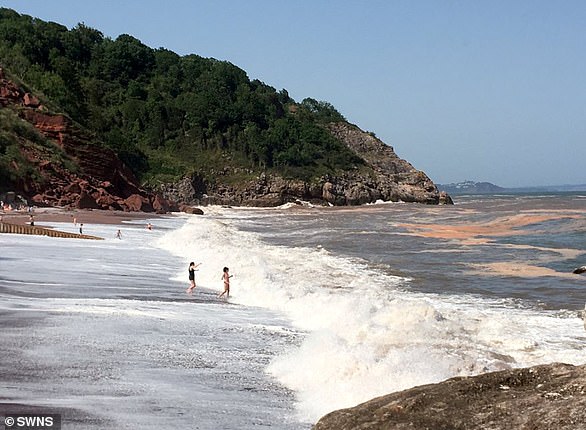 ‘Even I – a competent swimmer – would have struggled in waves like those.

‘As soon as a very small toddler started joining in I left. It was too distressing to watch with the sea state like that. What were the parents thinking?

‘The sea was full of shingle and seaweed. It would have been impossible to see a child, especially one so young, had one gone under.

‘Everyone loves to jump the waves with their children, but perhaps reserve it for a day when the waves are lower?’