A man found with a loaded Beretta pistol under his pillow and over $300,000 cash stashed in a luxury Docklands apartment has been jailed after the Australian Federal Police exposed his role in a Melbourne drug syndicate.

The Victorian County Court on Tuesday sentenced Huu Le, 36, to a maximum of 8 years and 9 months in prison after he pleaded guilty to multiple drug-trafficking offences following a police raid on his Docklands apartment in 2019. 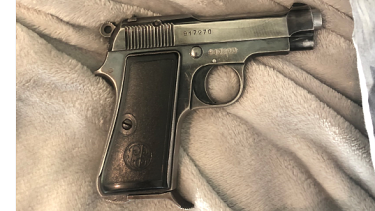 Federal police discovered the Beretta brand pistol under a pillow in the Docklands apartment in 2019.

His co-accused, Minh Duong, 35, of Sunshine North, was jailed for a maximum of 10 years and nine months for his role in the syndicate after pleading guilty to trafficking the drug ice and heroin.

The men were found in possession of ice, heroin and butanediol, commonly known as "liquid fantasy", during federal police raids which also uncovered a loaded pistol concealed under a pillow in a Docklands apartment.

In April 2019 the AFP launched Operation Danut, an investigation into syndicate activity trafficking both methamphetamine and heroin in Melbourne. 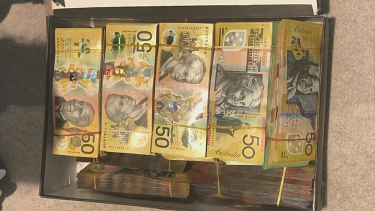 On June 4, 2019, three warrants were executed simultaneously in the suburbs of Docklands and Sunshine North when Le and Duong were arrested.

Le will be eligible for parole in five years and three months, while Duong must serve six years and nine months before parole.