TWO police officers were "slashed repeatedly" in front of crying children in a terrifying attack at a shopping centre today.

The officers were injured after reportedly intervening in a dispute between two men at New Square shopping centre in West Bromwich, West Mildands,. 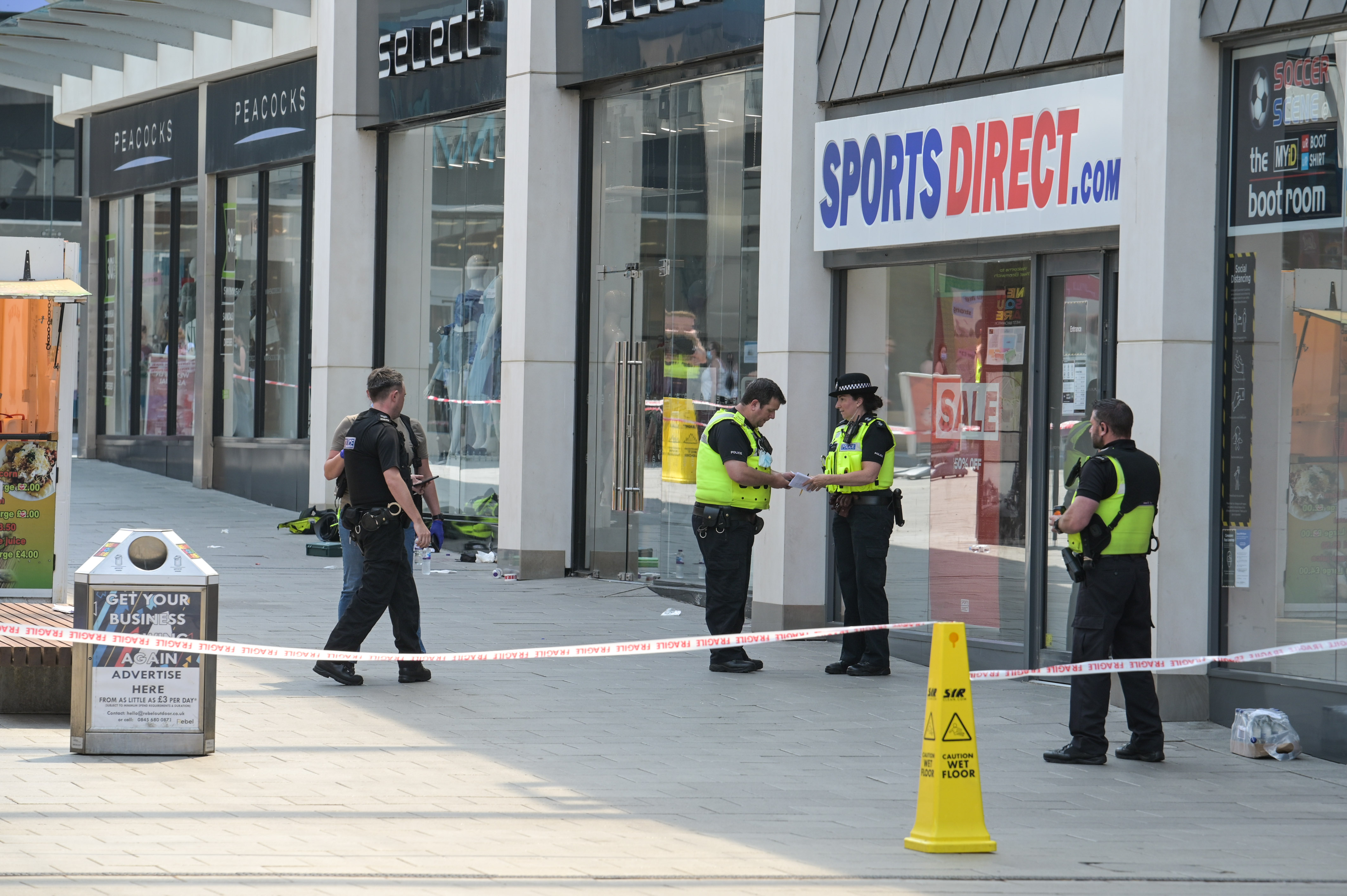 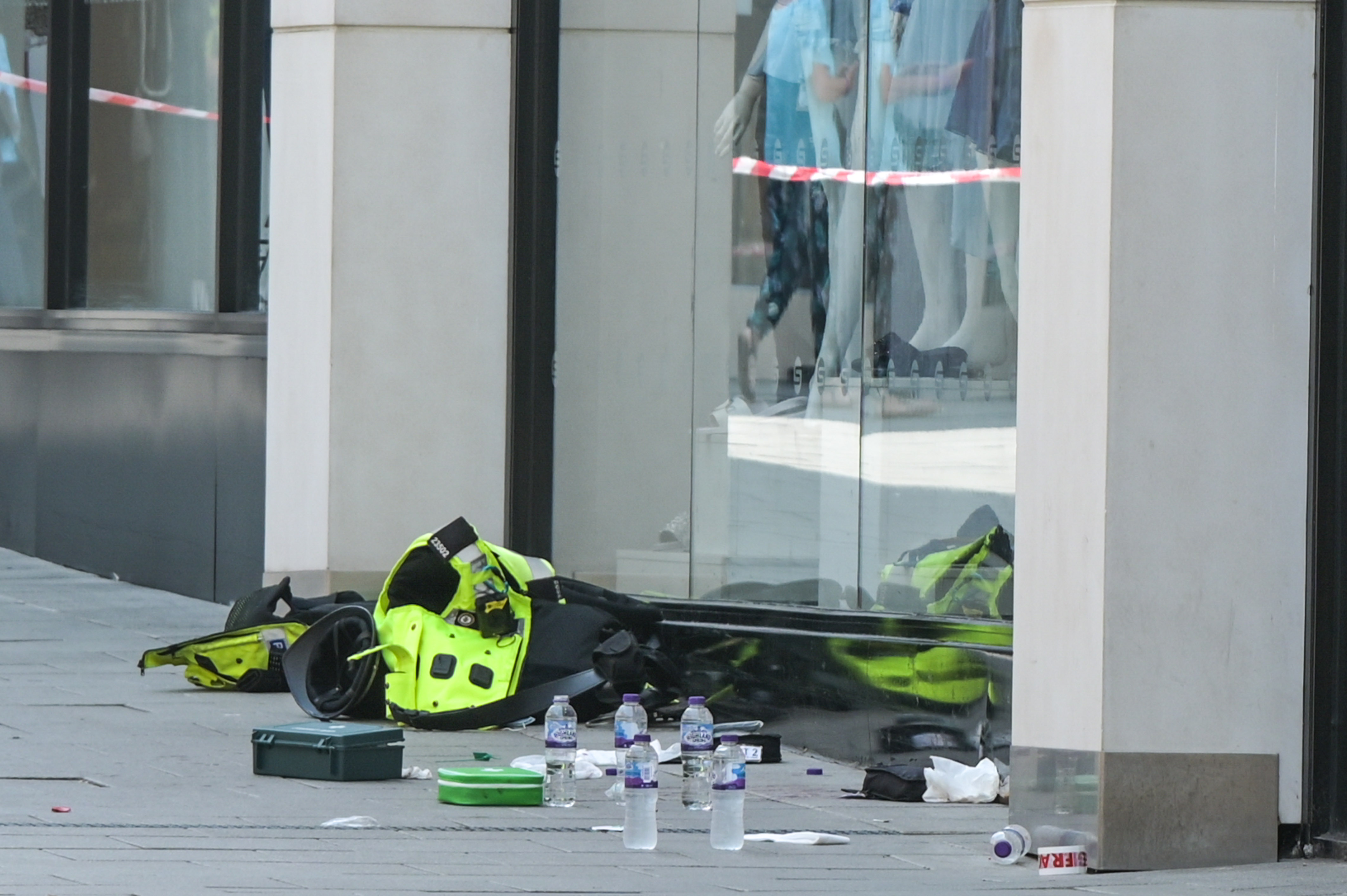 Terrified shoppers told of "chaotic scenes" this morning at the busy retail centre.

One onlooker claimed the officers were attacked with a knife after confronting one of the men.

He said: "He had a blade and he was swinging it everywhere – head, neck, back, arms.

"One of the police officers seemed to be bleeding quite badly.

"It was just absolute chaos. People were screaming and children were crying.

"He was pinned down quick enough and held until back-up arrived.

"It was over quite quickly but it was still terrifying.

"Some shops locked the doors with customers inside until it was safe to come out."

It was just absolute chaos. People were screaming and children were crying

Firearms officers swooped on the shopping centre within seconds of the attack.

One cop was seen with a serious neck wound as the centre's shops were placed in lockdown.

Emergency services were called around 10am, with an air ambulance reportedly landing nearby.

One witness said: "It was terrible, saw one copper with what looked like a bad injury to his neck.

"I'm glad there were arrests.I felt sorry for the little children who were scared, it was awful for them to see."

Another said: "Very scary in Primark. Everyone ran to the back of the shop and someone shouted there was a bomb.

"No one knew what was happening and we got locked in for a few minutes."

The police officers were rushed to hospital for treatment after being treated at the scene by paramedics.

Photos from the scene show police clothing heaped on a pavement outside a shop.

"They were given treatment on scene before being conveyed to hospital by land ambulance for further checks.”

A New Square spokesman tweeted: "A serious incident took place this morning at the shopping centre which resulted in two police offers being injured.

"The men involved were arrested and the officers are receiving medical treatment.

"We are now assisting West Midlands Police in their investigation." 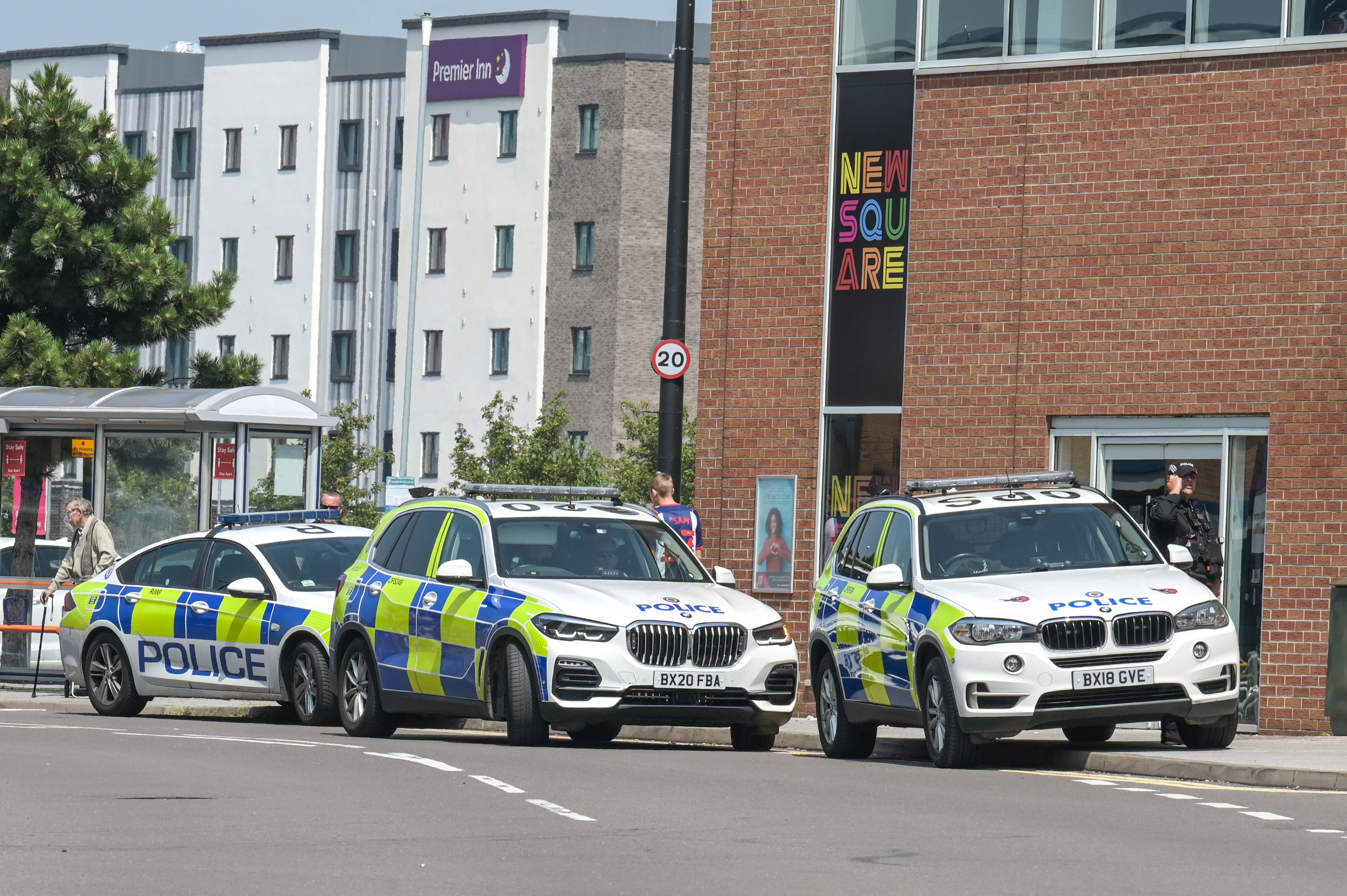