London: British Labour would forge a new security pact with Europe, back new partnerships with Australia and has warned the UK and its allies must be prepared as Chinese President Xi Jinping is heading in a worrying direction.

In his first major speech to the foreign policy think tank Chatham House, Britain’s opposition foreign secretary David Lammy said restoring relations with Europe would be Labour’s priority, if it’s elected back to power at the next election, which polls widely predict, saying the UK was “lost and disconnected” by Brexit. 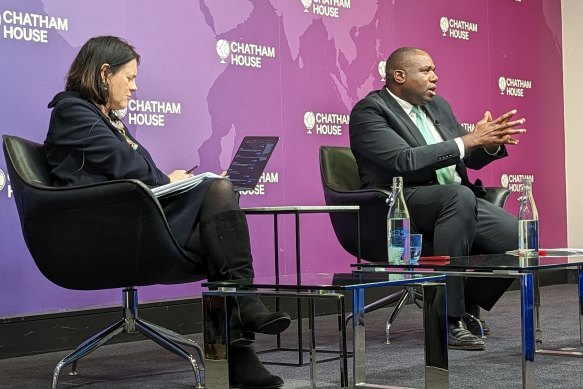 He vowed a new security pact with the EU but said his party would not try to rejoin the single market because it was not appropriate to play “hokey pokey”. He said the European Union wanted a consensus in Britain. Brexit divided the country and overshadowed the terms of five Conservative prime ministers.

“We are going to normalise the relationship and build from there, we are not re-entering the single market or the customs union,” he said.

He vowed to back new security partnerships with Australia, the United States and Japan and said Labour would drop the so-called tilt to the Indo-Pacific adopted by the current Conservative government.

The UK’s last Integrated Review of Security, Defence, Development and Foreign Policy, a strategic document, envisaged a major and long-term tilt towards the Indo-Pacific with an ambition to become its European partner of choice, offering the most integrated and broadest presence in the region by the end of this decade.

Upon entering office Labour would conduct an audit of the UK-China relationship, he said.

On China, he said that Labour would adopt a strategy of “three Cs: challenge, compete and, where we can, cooperate”, which meant the UK would be strong on national security, would stand firm on human rights but engage on climate, trade and health.

“But China’s growth has been matched by greater repression at home and more assertive behaviour abroad – in Hong Kong and Xinjiang, Taiwan and the South China Sea,” he said.

“Meanwhile it has singled out allies – like Australia and Lithuania – for hostile treatment and undermined the economic level playing field.”

In response to questions by The Sydney Morning Herald and The Age, Lammy said Xi’s grip on power was a concern because the Chinese president’s control, strength and power weren’t tempered by an effective counsel.

“And that’s worrying for all of us,” he said.

“So I think what we have to plan is for all possibilities, keeping lines of communication open and hoping to cooperate where we can.

“The direction of travel is worrying and in this new environment we have to prepare and there are certain critical industries in which we have to compete,” he said.

He said policy on China would be determined by the Asian nation’s posturing towards Taiwan and “what we’re seeing feels more aggressive.”

He said that Labour would lead a global campaign to reform the UN Security Council and the World Health Organisation, saying that Western neglect had led to China reshaping them and in some cases replacing them.

He said Brazil and India should be made permanent members of the Security Council and reforms introduced to stop the veto from being used in cases of atrocities. Russia has used its veto as a permanent member of the council to stop the body from condemning its war in Ukraine.