An undercover police operative was used to investigate the brother of Stuart MacGill’s girlfriend and secured damaging evidence about the alleged kidnapping of the former Test cricketer.

The covert officer, working for a police strike force, began work and started communicating with Marino Sotiropoulos after the former cricketer reported the incident to police on April 20, six days after it allegedly took place. 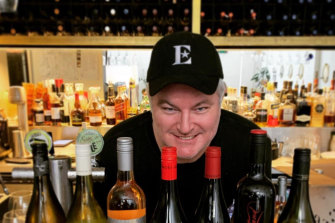 An undercover operative helped investigate the men who allegedly kidnapped Stuart MacGill, who is not charged with any offences. Credit:Instagram

Mr Sotiropoulos, 46, is among four men charged over the April 14 incident in which Mr MacGill was allegedly confronted outside his Cremorne apartment, forced into a vehicle and taken 60 kilometres to Bringelly in south-west Sydney.

Mr MacGill was allegedly threatened with a gun and assaulted at the location and it is believed his captors demanded he hand over money linked to a drug dispute. Mr MacGill refused to hand over any money and was released later that night in Belmore, 40 kilometres away.

The incident allegedly stemmed from an introduction facilitated by Mr MacGill in early April between Mr Sotiropoulos, the brother of Mr MacGill’s partner Maria O’Meagher, and an associate of the former cricketer, known as “Sonny”.

Police allege Mr Sotiropoulos was seeking to arrange a drug supply deal with Sonny, reputed to be a drug dealer, and there was subsequently a dispute over the payment for the two kilograms of cocaine in a deal worth up to $660,000. Sonny disappeared and Mr Sotiropoulos, allegedly representing the original supplier of the drugs, was allegedly pressuring Mr MacGill in order to secure payment.

Sources familiar with the investigation said that, in his communications with the undercover operative, Mr Sotiropoulos spoke of the grievance over the missing money.

Mr Sotiropoulos was allegedly demanding Mr MacGill help with compensation because he made the introduction. Police do not allege Mr MacGill was aware a drug deal was being arranged and he is not facing any charges, described by police as “purely a victim”.

Sonny, also known as Zac, was known to be a diner at Aristotle’s restaurant in Neutral Bay, where Mr MacGill has been working as general manager. Ms O’Meagher (nee Sotiropoulos) is the restaurant’s owner.

Mr Sotiropoulos is listed on business records as a former owner. Ms O’Meagher said she was not close to her brother and remained in a relationship with Mr MacGill.

She said on Thursday she was “caught in the middle of a horrible situation” and Mr MacGill was now safe but she remained fearful for her family following the incident.

Messages sent by Mr Sotiropoulos to the undercover operative have been tendered by police in the legal proceedings over the charges.

Son Minh Nguyen, 42, was charged with unlawfully detaining someone and directing the activities of a criminal group. He also communicated with the undercover operative.

Richard Schaaf, 29, who is believed to be a Comanchero bikie gang associate, and his brother Frederick Schaaf, 27, were charged with unlawfully detaining someone and participating in a criminal group.

Mr Nguyen is seeking bail and, commencing proceedings in Sutherland Local Court on Monday, his solicitor Greg Goold said the “evidence simply doesn’t support” the proposition that his client was aware of all the elements of the kidnapping.

Mr Nguyen was allegedly brought in as a mediator between the parties ahead of the kidnapping and was not present when Mr MacGill was taken and detained.

The most important news, analysis and insights delivered to your inbox at the start and end of each day. Sign up here.