Up to 115,00 postal workers will strike tomorrow and Thursday over jobs, pay and conditions after unions rejected Royal Mail’s ‘best and final offer’ to avert the next 48-hour strike.

The walk out by members of the Communication Workers Union (CWU) – which represents postal workers – comes after Royal Mail made revised offers earlier today in a bid to stop the strikes.

The CWU has held a series of strikes in recent weeks which the company said have cost £100 million.

According to Royal Mail, the ‘extensive improvements’ included an enhanced pay deal of up to 9% over 18 months, offering to develop a new profit share scheme for employees, and making voluntary redundancy terms more generous.

The company also said it was committing to no compulsory redundancies until the end of March 2023 at the earliest.

Royal Mail added that it was offering to buy out a number of legacy allowances, make Sunday working voluntary and stagger the introduction of later start and finish times over three years. 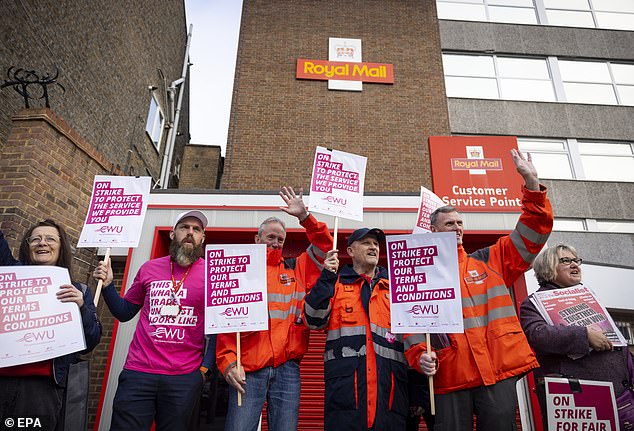 The walk out by members of the Communication Workers Union (CWU) – which represents postal workers – follows Royal Mail’s revised offers in a bid to stop the strikes. Pictured: A CWU strike outside a post office in London in September

Seasonal working proposals would also be changed so that employees would work around two hours less per week in the summer, and two hours more in the winter.

Simon Thompson, Royal Mail’s chief executive, said: ‘Talks have lasted for seven months and we have made numerous improvements and two pay offers, which would now see up to a 9% pay increase over 18 months alongside a host of other enhancements. This is our best and final offer. 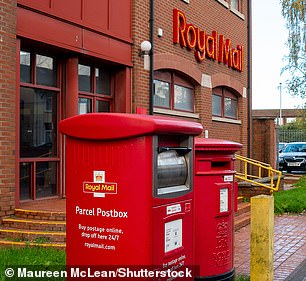 ‘Negotiations involve give and take, but it appears that the CWU’s approach is to just take. We want to reach a deal, but time is running out for the CWU to change their position and avoid further damaging strike action tomorrow.

‘The strikes have already added £100 million to Royal Mail’s losses so far this year.

He added: ‘In a materially loss making company, with every additional day of strike action we are facing the difficult choice of about whether we spend our money on pay and protecting jobs, or on the cost of strikes.’

Meanwhile, postal workers are warning the public of the ‘end of Royal Mail as we know it’ after responding that they are ‘disappointed’ by the proposals.

According to the union, the suggestions which were ‘hailed’ by Royal Mail as a ‘final and best offer’ include turning Royal Mail into a gig economy-style parcel courier reliant on casual labour, as well as thousands of compulsory redundancies. 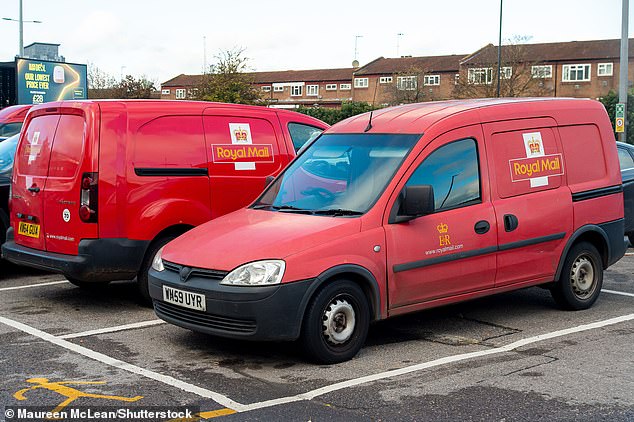 CWU General Secretary Dave Ward said: ‘We are disappointed that instead of reaching a compromise to avoid major disruption, Royal Mail have chosen to pursue such an aggressive strategy.

‘We will not accept that 115,000 Royal Mail workers – the people who kept us connected during the pandemic, and made millions in profit for bosses and shareholders – take such a devastating blow to their livelihoods.

‘These proposals spell the end of Royal Mail as we know it, and its degradation from a national institution into an unreliable, Uber-style gig economy company.

‘Make no mistake about it: British postal workers are facing an Armageddon moment.’

He added: ‘We urge every member of the public to stand with their postie, and back them like never before.’