Unvaccinated mother, 30, dies of Covid in intensive care two months after giving birth to her beloved son by emergency C-section

An unvaccinated mother has died of Covid in intensive care two months after giving birth to her beloved son by an emergency Caesarean.

Natalie Forshaw, 30, first became ill at home before her son Caleb was delivered at Manchester Royal Infirmary on November 3.

Following the birth, though, the new mother was placed into a drug induced coma and remained in the hospital’s intensive care unit after testing positive for Covid.

Her condition showed signs of improving earlier this month, giving her family hope, but Natalie died in the early hours of Boxing Day.

The beautician and hairdresser had opted against receiving her Covid vaccination due to her pregnancy.

Her mother, Bernie Wilton, said: ‘Because she was pregnant we took her to see a doctor and her oxygen levels were very very low. She was getting bad pains in her chest.

‘She went to hospital and the baby was delivered but Natalie was transferred to intensive care. She was not able to see Caleb for a week.’

Natalie was placed into a coma as part of her treatment days after giving birth, before a blood clot was discovered inside her heart in mid-November, Manchester Evening News reports. 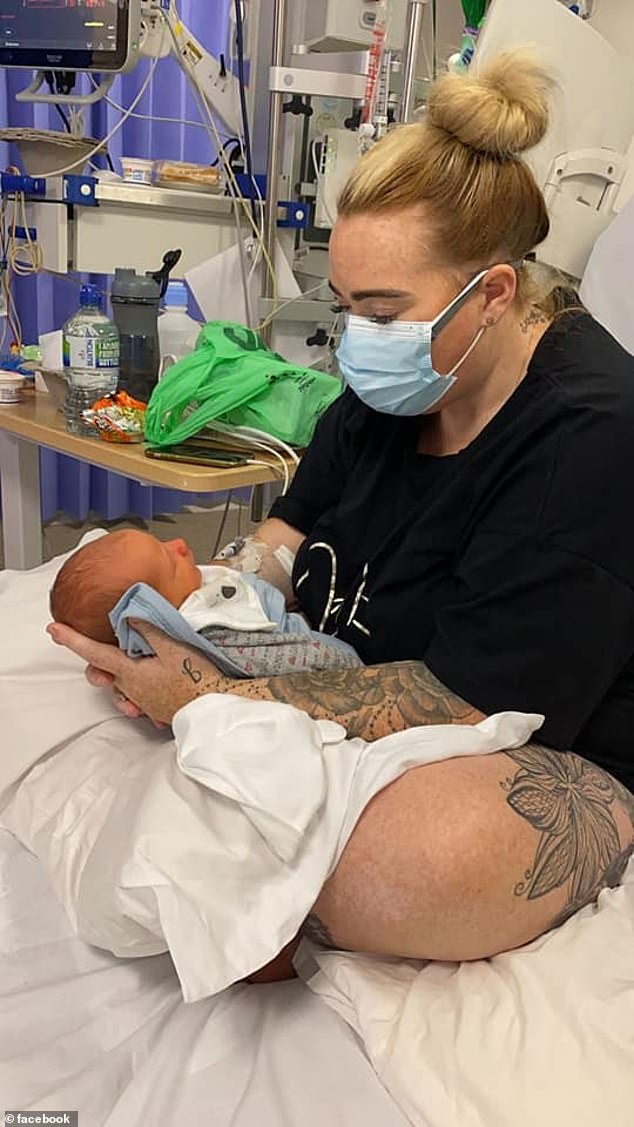 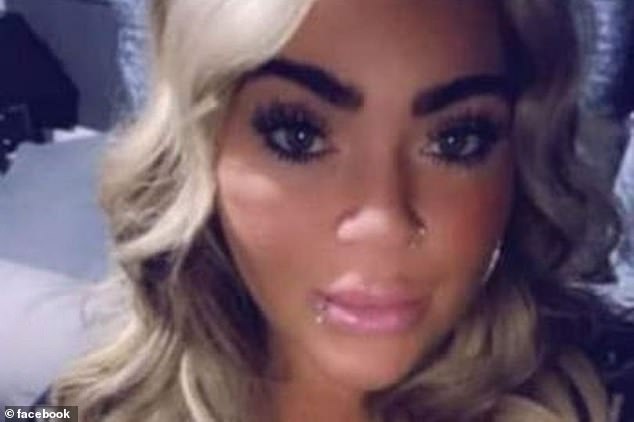 The clot broke up and went to her lungs at the end of the month, leaving her in a critical condition.

Her mother and Caleb’s father. Jay Hurst, were only allowed to see her for between 10 and 15 minutes each day in the intensive care unit.

By December 6, her condition deteriorated and her family were told there was nothing more that could be done.

Less than a week later, though, Natalie showed signs of improvement.

At the time, her mother wrote on social media: ‘I was sat with her and she started to blink, she is starting to come round… and when I spoke about baby Caleb she cried… all the nurses were clapping and so happy for her… she is so looked after… she is fighting.’

However, Natalie suffered a setback on December 20 when her heart failed and she had to be fully sedated again.

Bernie took to social media again on December 26 to confirm Natalie had lost her fight.

She said: ‘Today, my heart broke into many pieces. I don’t think it will ever mend.

‘We had an amazing bond, not only mother and daughter but best of friends.’

Paying tribute, Natalie’s family said they have been left devastated by the death of the ‘absolutely beautiful’ mother.

Bernie said: ‘She was absolutely beautiful and would brighten up everyone’s day. There are thousands of people who loved her.

‘The nursing staff and doctors at both hospitals were amazing and the family would like to thank them for all their care.

‘They were wonderful and went above and beyond for Natalie.

Friend Natalie Clark also said she will ‘never come to terms with you not being here’.

She added: ‘Never thought I’d ever have to say goodbye to you, I really thought you’d be in my life forever because I can’t imagine a time you weren’t there.

We’ve gone through years and years of ups, downs, drifting and closeness and this was finally it, our friendship was rock solid and we had each other.

‘I’ll never come to terms with you not being here, but I know you’re still with us. Your baby boy is going to be loved beyond words the same way we loved you.

‘He’s going to see every photograph, hear every story, and know every reason why we love you. You made me laugh till I cried, danced like an idiot with me and loved my boy like your own.

‘Your strength amazed me, your fight to get home to your boy was nonstop, and it breaks my heart your body couldn’t fight the way your spirit did.’

A Give Now appeal has been created following her death with a target of £500.