Alec Baldwin has revived his impersonation of Donald Trump for Saturday Night Live.

Not surprisingly, there is much gloating! 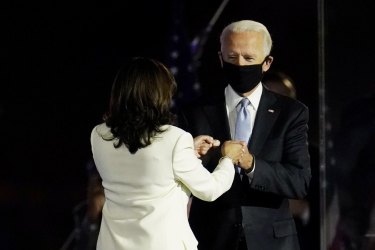 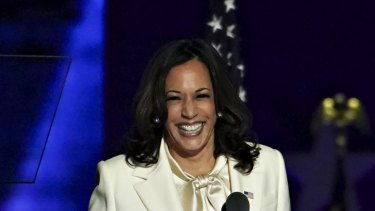 What a testament it is to Joe’s character that he had the audacity to break one of the most substantial barriers that exists in our country and select a woman as his VP. 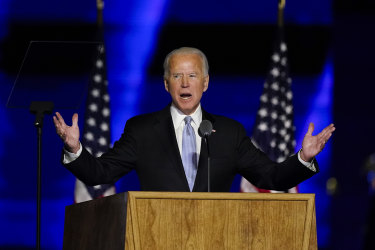 But once again, America has bent the arc of the moral universe more toward justice.

Team Biden down to work

It's straight to work for Team Biden.

While he won't be inaugurated until January, Joe Biden is planning a string of executive orders to reverse some of Donald Trump's biggest policies.

Biden has promised to once again commit the US to the Paris Climate Agreement and rejoin the World Health Organisation, which Trump quit after claiming it was biased in favour of China.

Hello, this is Latika Bourke continuing our rolling coverage of Joe Biden's election to the US presidency.

Americans are waking up after a night of celebrations across the country after Biden and Vice-President-elect Kamala Harris gave their victory speeches vowing to unite the country and restore America's reputation abroad.

Donald Trump has still not conceded defeat. He issued two new tweets before Biden's speech, but has not made any comment since – either on Twitter or through his official campaign.