It’s one of those strange, shared modern experiences. You might be travelling on a train when, suddenly, your phone’s signal drops out. Your thumb stops scrolling and you lift your head, only to notice every other person in the carriage is also looking up with a hint of disorientation.

It usually only lasts a few seconds but can go on for minutes. Then the necks fall back down: hallelujah! Connection has been restored. 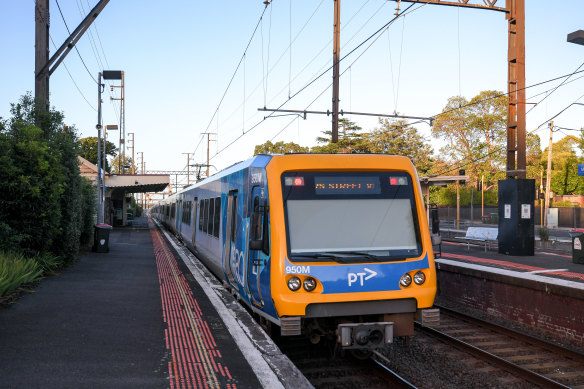 We may cop them less, but mobile black spots still show up on our public transport network.Credit:Eddie Jim

Melbourne has far fewer mobile black spots than it used to, but most train commuters can still identify at least one pocket on their line that goes dark.

To understand how they happen, you first need to picture our phone network as being connected by a series of towers called base stations, which each have their own coverage area known as a cell.

Black spots are more commonly experienced on public transport because when you travel from cell to cell, your device can drop out as it tries to connect to the next base station.

Gregory said there could be a number of different factors disrupting the signal. Your connection gets weaker towards the outer edge of each cell, and sometimes there isn’t enough overlap between cells.

“Your device goes, ‘hey, there’s no new cell to connect to’ so it starts seeking [for one] and you drop out,” he said.

Congestion can also overwhelm a base station, while buildings, bridges, tunnels and trees can obstruct connection, as can weather conditions, such as extreme heat, heavy rain and strong winds throwing dust into the air.

“The signal degrades, so you don’t get those nice handover zones,” Gregory said.

There are several notorious black spots on the Metro train network, including between Flinders Street Station and the Batman Avenue bridge, and at Royal Park Station.

“You see everyone’s phones drop out as you’re going through like a big ripple,” Gregory said.

“I quite enjoy just watching everyone giving up on their phone for about 15 seconds.”

Public Transport Users Association president Daniel Bowen said he usually lost signal between South Yarra and Malvern stations when the train went below street level, and said he was also aware of issues at Ormond and Frankston. 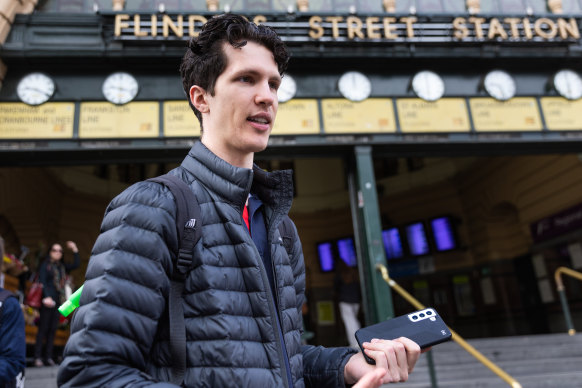 Bowen felt it would be worthwhile resolving any remaining black spots across the Melbourne network as well as on V/Line trains, where they are much more common.

“One of benefits of public transport is you can use your phone and be productive while travelling,” he said.

Teacher Nick Krizmanic, who uses the Glen Waverley line, said he consistently went through a black spot near Jordanville Station.

“If ever I’m on social media or watching anything it just cuts out, and once I get past the station everything is fine again,” he said.

“It gets annoying, but it’s only a couple of minutes. I normally just look out the window and wait till I go past.”

Gregory said the placement of base stations depended on the land available, so sometimes the best location couldn’t be used.

He questioned whether all trains should be fitted with mini base stations for consistent connectivity. But for now, he said the telcos fixed black spots by changing the position of tower antennas or increasing signal strength.

A Telstra spokeswoman explained that coverage in trains could be tricky.

“They’re made up of multiple layers of metal sheeting and even metallic window tints, and they often run through cuttings that put tonnes of soil and rock in between them and our mobile signal. This can mean short bouts of lost coverage in some places,” she said.

“We know this can be annoying when you just want to stream, browse or check emails on the way to work or on your way home, and we continue to investigate ways we can improve our coverage.”

She said Telstra was filling some known spots between Southern Cross and North Melbourne stations and installing mobile reception boosters on V/Line trains.

Optus also fixes weak points in its network. A company spokeswoman encouraged customers to report black spots through its app or website.