ON August 15, 2021, a man withdrawing money from an ATMin Manhattan was randomly attacked by another man wielding a hatchet.

A video of the horrifying attack was caught on surveillance. 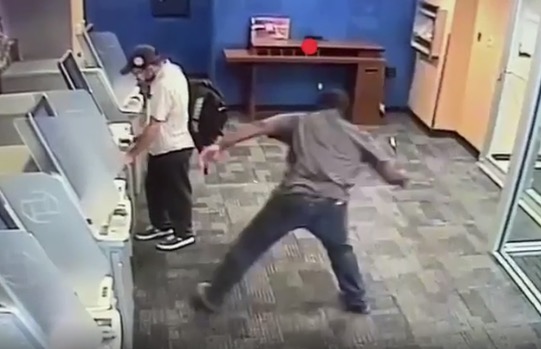 Who was the man attacked with a hatchet at an ATM in Manhattan?

Miguel Solorzana, 50, was identified as the man who was attackedby a hatchet-swinging maniac on August 15.

He is a resident of Corona, Queens.

The incident happened inside a Chase Bank branch in the borough’s financial district at 5:20pm.

Graphic footage shows the masked attacker approaching Solorzana from behind. 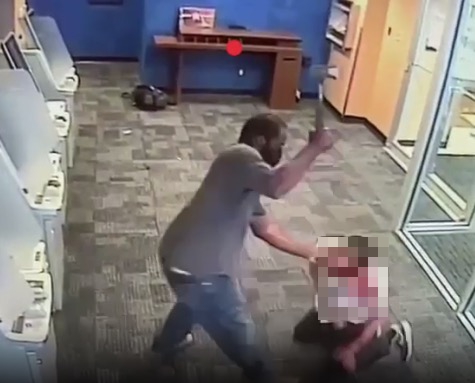 The crazed man sneaks up behind Solorzana using the cash machine and starts slashing at him, The New York Post reports.

Solorzana tries to grab the hatchet before falling to the floor several times.

The masked attacker swings the weapon repeatedly at the victim who tries to protect himself.

Solorzana was taken to Bellevue Hospital where he reportedly underwent two surgeries according to the NY Daily News.

“He hit me. In the bank, he hit me,” Solorzana told the outlet, speaking in Spanish.

His friend, a man named Manny, also spoke about the incident.

“The whole family is in Mexico,” he said. “I didn’t ask him about what happened, I just wanted to make sure he’s okay.”

Who was the attacker in the incident?

The attacker has not yet been named by authorities.

After slashing at Solorzana, the man then smashes several ATM machines as shards of glass cover the floor of the bank branch.

The footage ends as the unnamed man walks away leaving his weapon and backpack behind.

Witnesses told the New York Post that there was a lot of blood, and they heard the injured man screaming.

Cops said on August 17 that they arrested a 37-year-old man in Chelsea who “matches the description of the attacker”. He has not been charged.