A new visitor centre, accommodation for dozens of people and a predator-proof fence will be built at Wilsons Promontory under a state government plan to improve and protect the national park.

The coming state budget will include $23 million for Wilsons Promontory, including $6 million for a fence to keep out fox, deer and feral cats, which have caused extensive environmental damage. 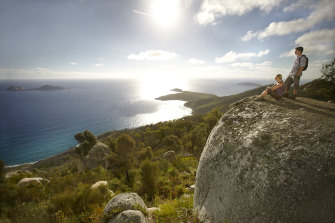 A fence will keep predators out of the Prom.

The $7.8 million visitor centre and "tourism hub" will be built outside the national park at the northern entrance to the promontory. It will include 20 roofed "pods" at a cost of $3.6 million as well as accommodation and work spaces for researchers.

There will also be upgrades to existing accommodation.

"I think climate change, and even the recent bushfires, has really shown people how precious and vulnerable nature is," he said.

Dr Norman said farmland next to the promontory would be leased so the fence could be built without damaging any native vegetation.

The fence will be built across the Yanakie isthmus, which connects the promontory to the mainland, allowing Parks Victoria to focus on eradicating pests that have invaded the national park. It will be almost two-metres high and dug deep into the ground to prevent animals burrowing beneath.

Dr Norman said feral animals had presented a persistent challenge at Wilsons Promontory and were responsible for killing thousands of native species every year.

But the fence, Dr Norman said, would help to bring the national park closer to its original state. 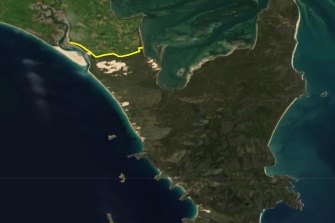 The planned fence will cross the Yabakie isthmus.

"It allows us to once and for all remove foxes, cats and deer from that area."

Some animals that no longer dwell in Wilsons Promontory will be reintroduced, including eastern bristlebird, eastern bettong and the spot-tailed quoll – a native marsupial cat.

"We're hoping these animals will become household names," Dr Norman said. "We'll bring them back into the sanctuary as we get rid of the pests."

The funding will also go towards upgrading walking tracks and car parks.

"This funding will protect the prom's spectacular and unique coastal wilderness and help more people enjoy it," she said.

Some environment groups have long called for the construction of a predator fence at Wilsons Promontory. The Coalition promised to build a fence during the 2018 election campaign at a cost of $1.8 million.