A WOMAN who left her partner to strip the wallpaper was horrified after she returned to find the entire brick wall exposed.

TikTok users @walton_reno, who have documented their home renovation journey on the video-sharing app, posted a clip of the hilarious DIY disaster – much to the glee of amused followers. 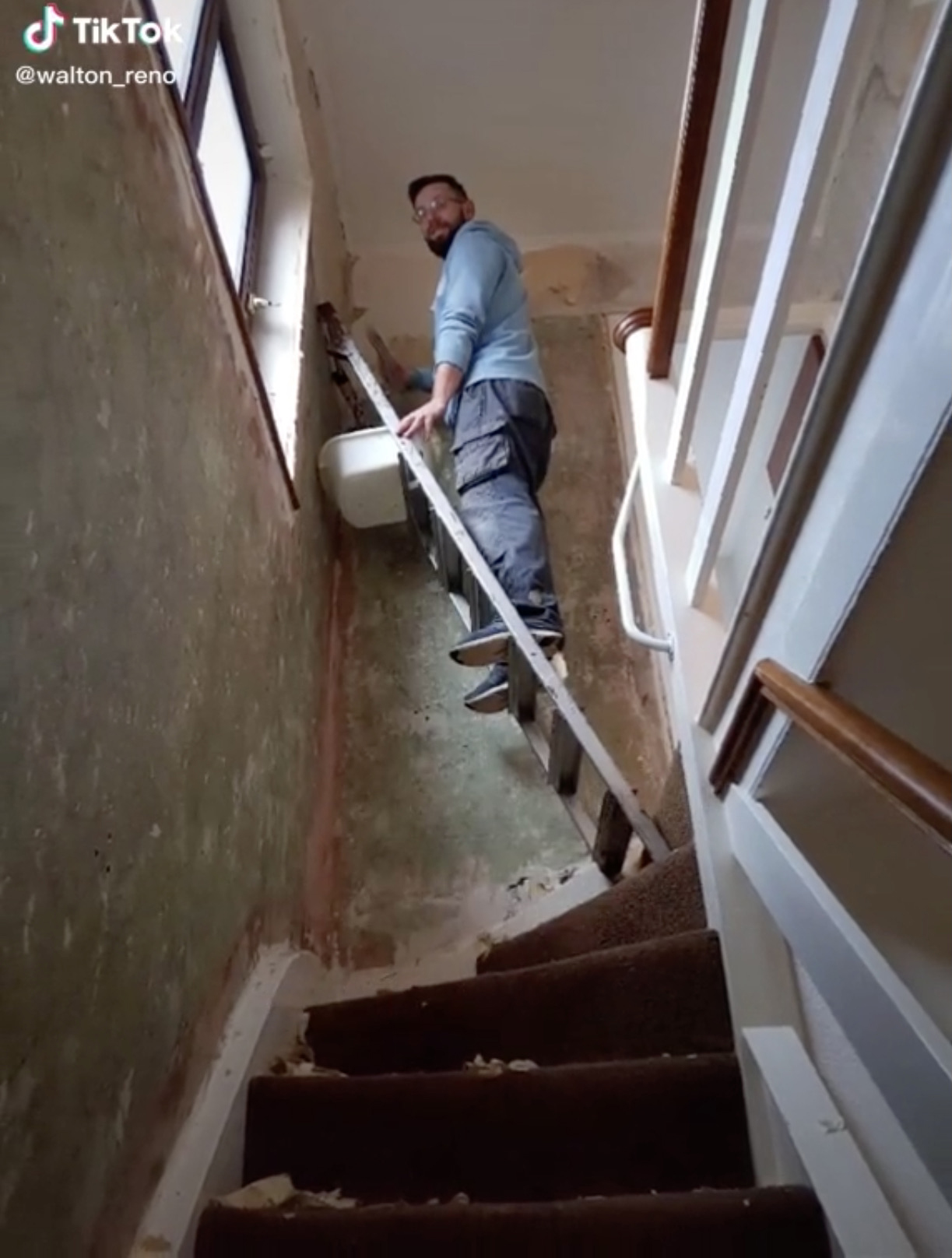 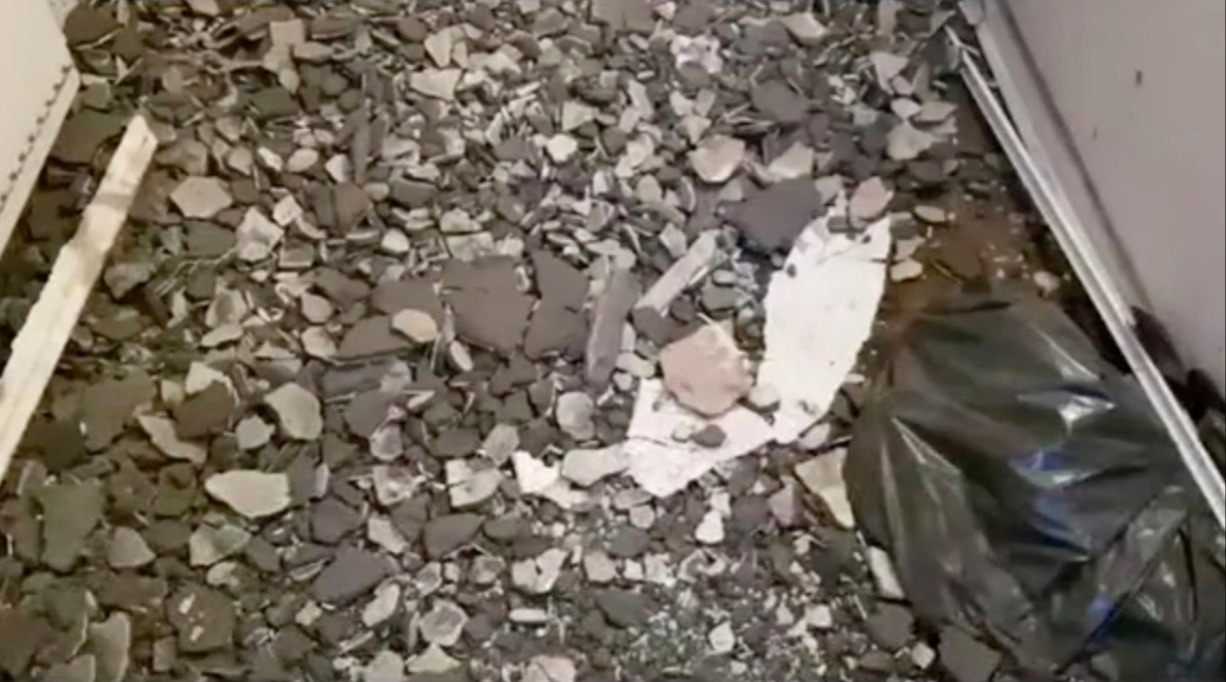 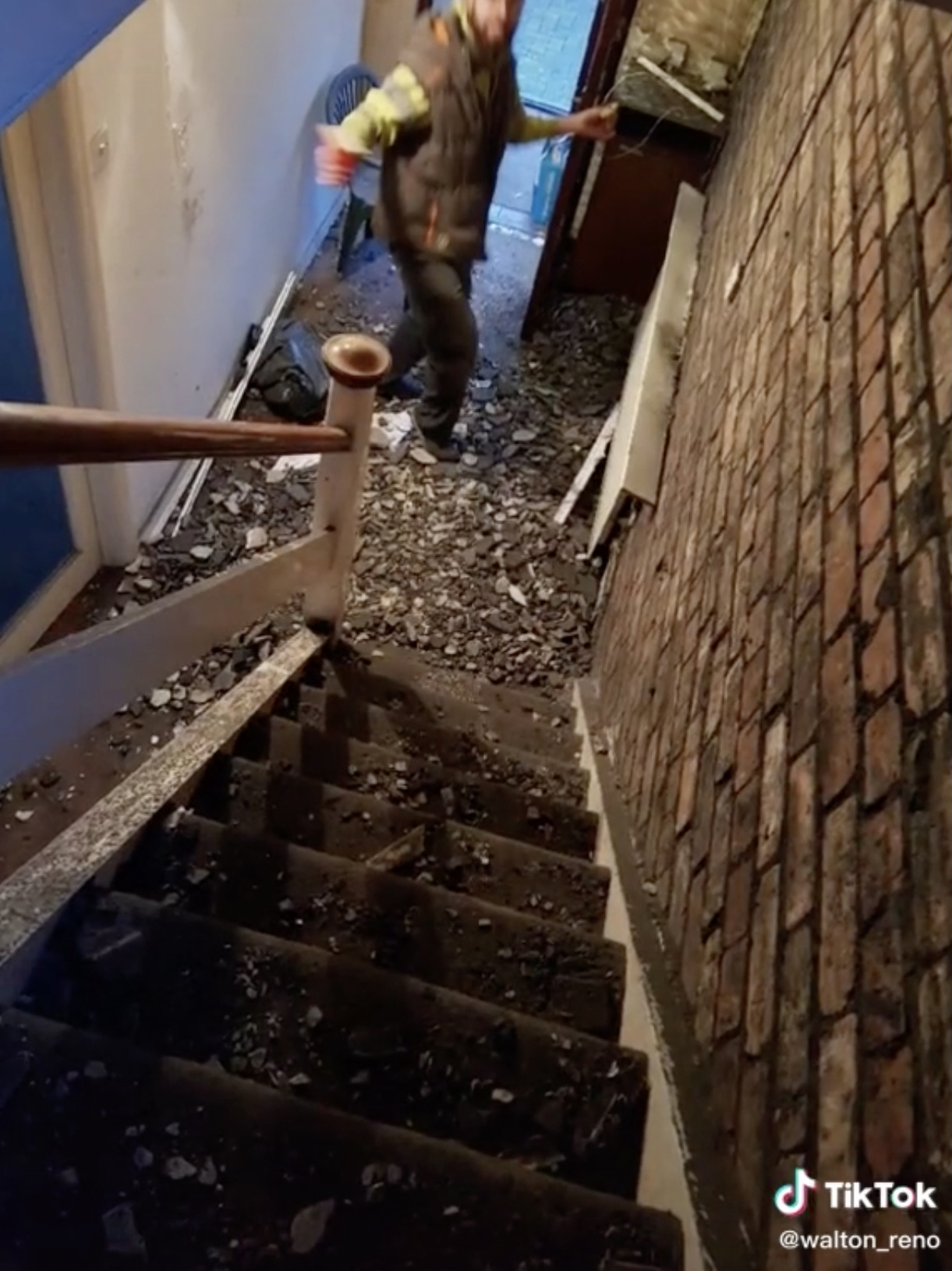 The woman captioned the clip "wallpaper scraping gone wrong," and explained she had left her boyfriend alone for five hours to get the tedious task done.

She then posted the aftermath of her partner's rigorous work – a pile of rubble, plaster, and wallpaper plonked at the bottom of her staircase.

The have-a-go handyman had managed to take off the entire protective coat of plaster – admittedly as well as the wallpaper – much to his girlfriend's shock.

"Imagine my face when I came back to this," she wrote as she showed off the heap of debris dumped in the hallway.

The entire staircase wall was stripped back to basics – leaving just the bricks on show.

But she said "he was very please with himself indeed," after unknowingly creating a charming feature wall while getting the job done quite quickly.

One user commented: "If he can do that in 5 hours with a wallpaper scraper, I'll employ him!"

"The wallpaper is no longer on the wall, I'd say job well done," another wrote.

Another joked: "So, when are you getting divorced?"

"Sandblast it and you're onto a winner," a fourth chimed in.

The woman later bantered that her partner was "fully booked now," saying, "sorry, jobs coming in like crazy since I posted this!"

One TikToker said: "In old houses, sometimes the wallpaper is the only thing holding up the plaster. But even so, that looks like he got a bit carried away."

The home renovators replied: "Wallpaper was holding ceilings as well… well, not anymore.

The couple have been doing up their 100-year-old home and effectively demolished the majority of it in the process.

The pair have knocked out walls, restructured rooms and ripped out the floorboards on their mission to create the perfect property.

But the savvy savers explained in another video that they had cleverly upcycled "every single one" of the old wooden planks, creating beautiful bespoke furniture from the remains.

After a good sanding and coat of paint, the boring boards have been used to create a stunning wooden headboard, dining room table, and feature wall.

Other impressed TikTok users have praised the innovative duo for their cost-saving and contemporary style while managing to salvage some of the historic home's best features. 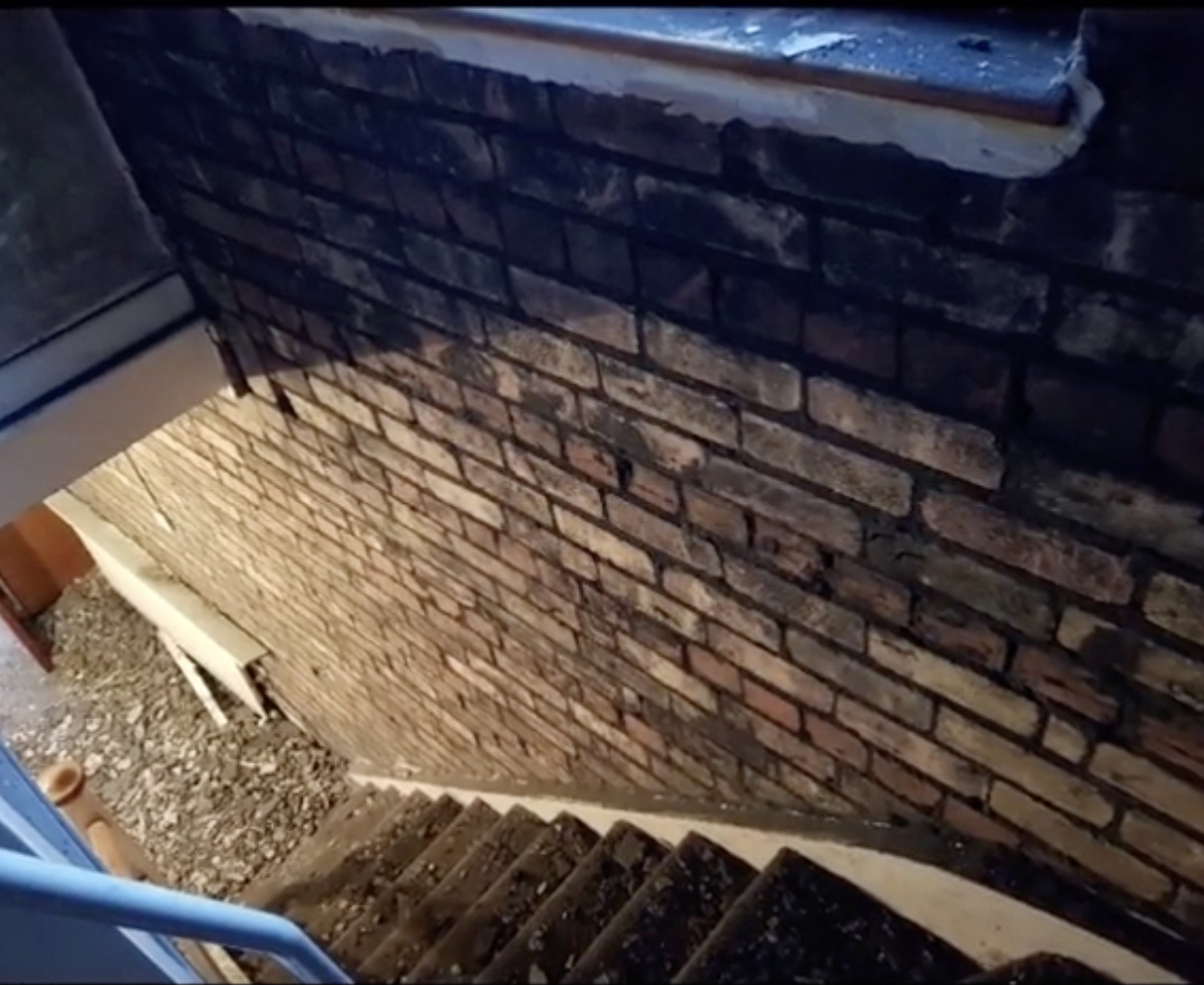 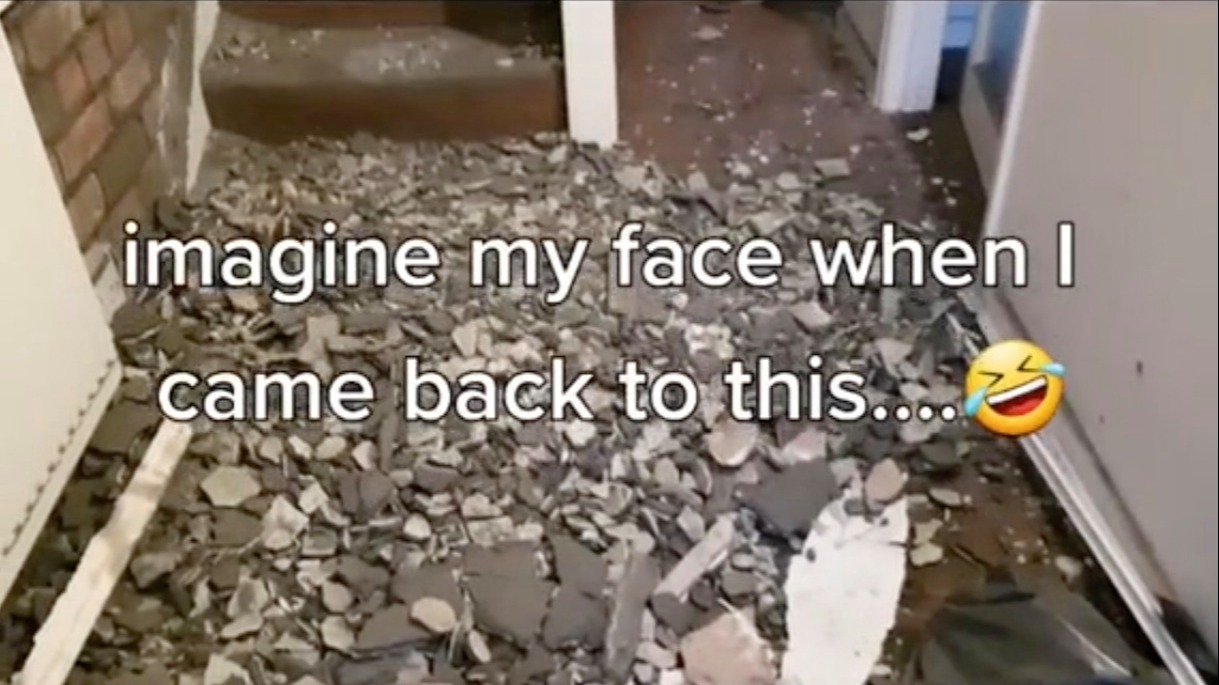