The NYPD is searching for a young woman who stabbed a 14-year-old girl in the chest in a Brooklyn subway station Saturday night — after the girl whipped out a Taser during an argument.

The girl is expected to survive the stabbing, and police were trying to find her attacker.

The incident began when the teen got into a heated exchange with the 18-year-old woman shortly after 6 p.m. in the stairwell of the No. 3 Sutter Avenue-Rutland Road subway station in Brownsville, according to cops.

The teen then pulled out a Taser and tried to shock the woman, cops said.

Police say the woman responded by whipping out a knife and stabbing the girl in the chest.

The woman fled the scene with about eight to 10 people, according to cops.

The train station was taped off while cops conducted an investigation Saturday night.

The MTA tweeted around 8 p.m. that trains were bypassing the station due to police activity, and offered nearby bus service.

One witness described the chaotic scene, saying the conductor told all straphangers to get off a train that arrived at the station shortly after the bloodshed. 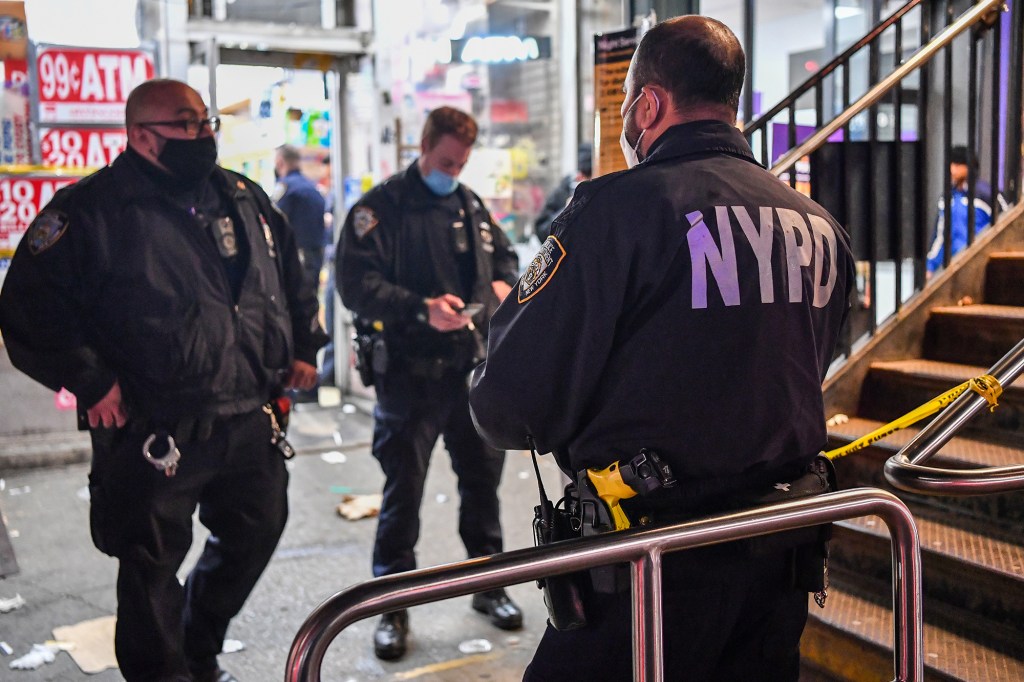 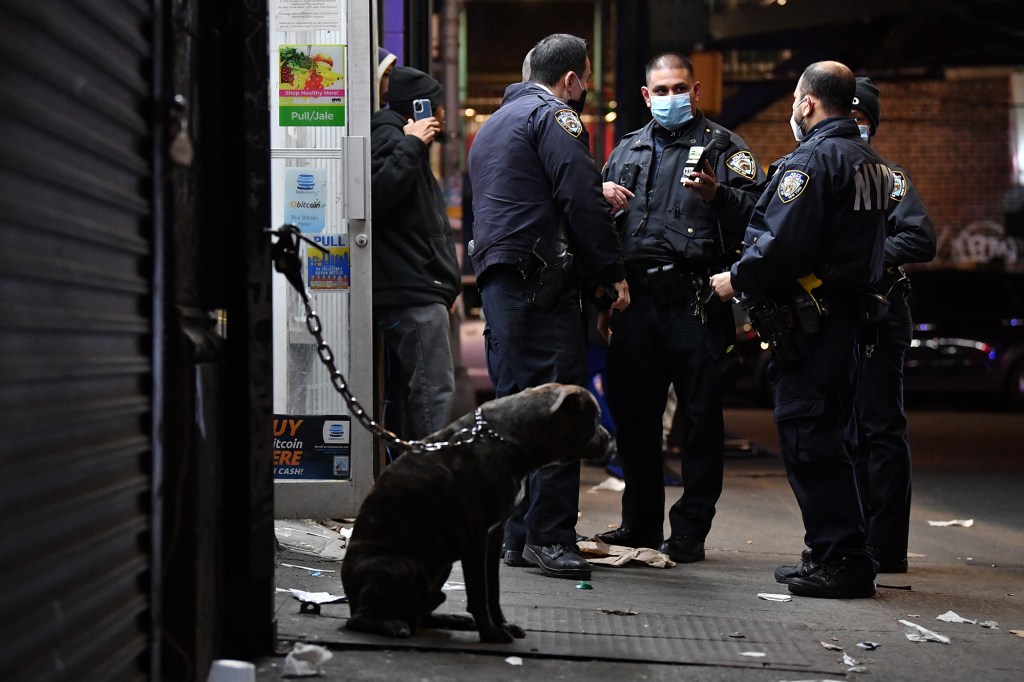 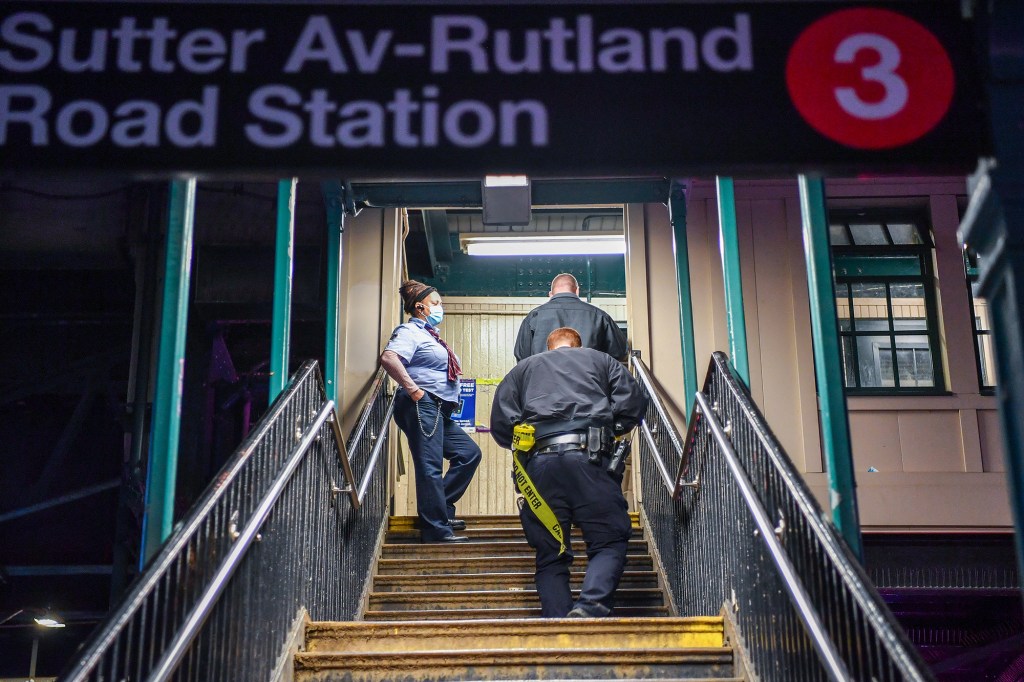 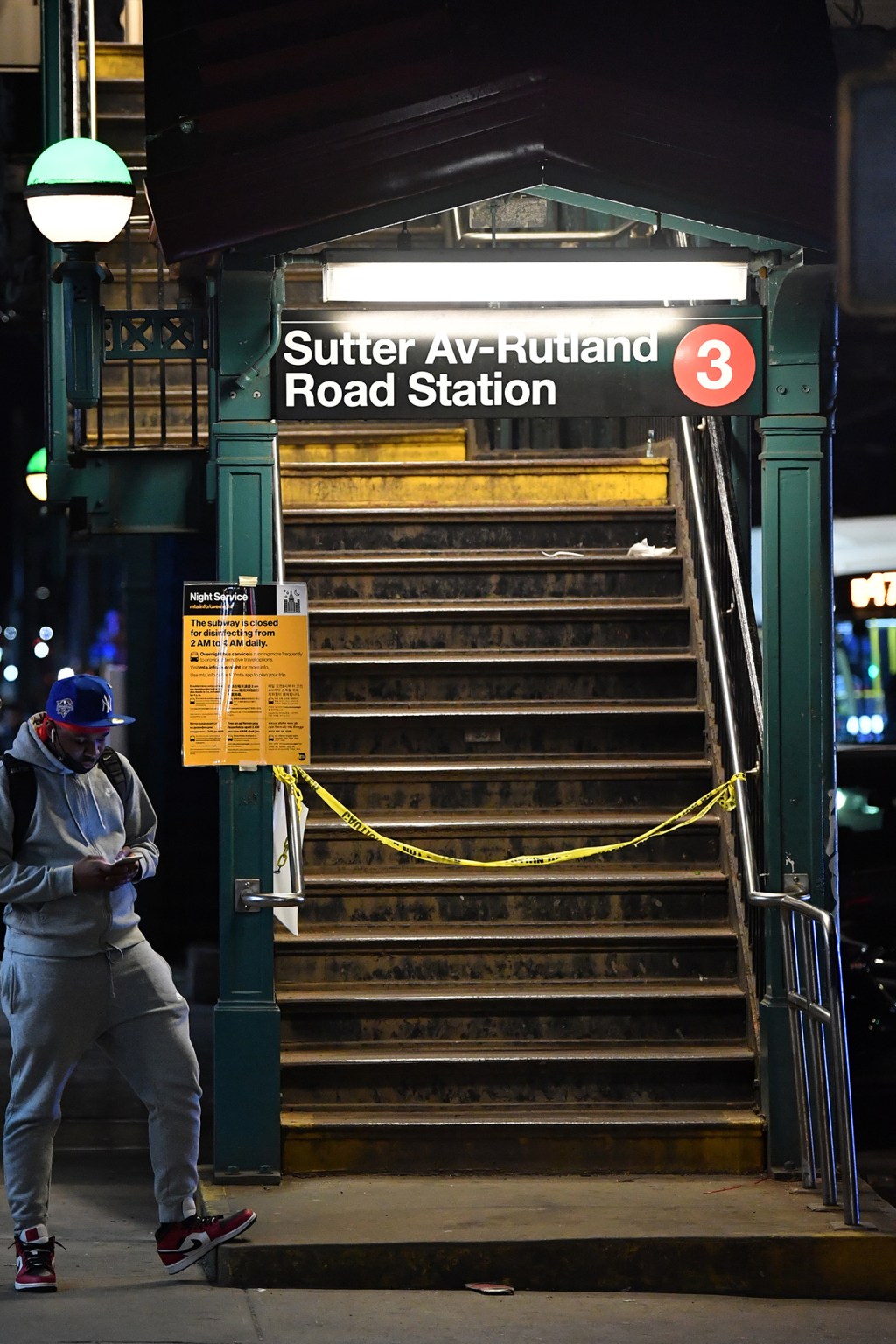